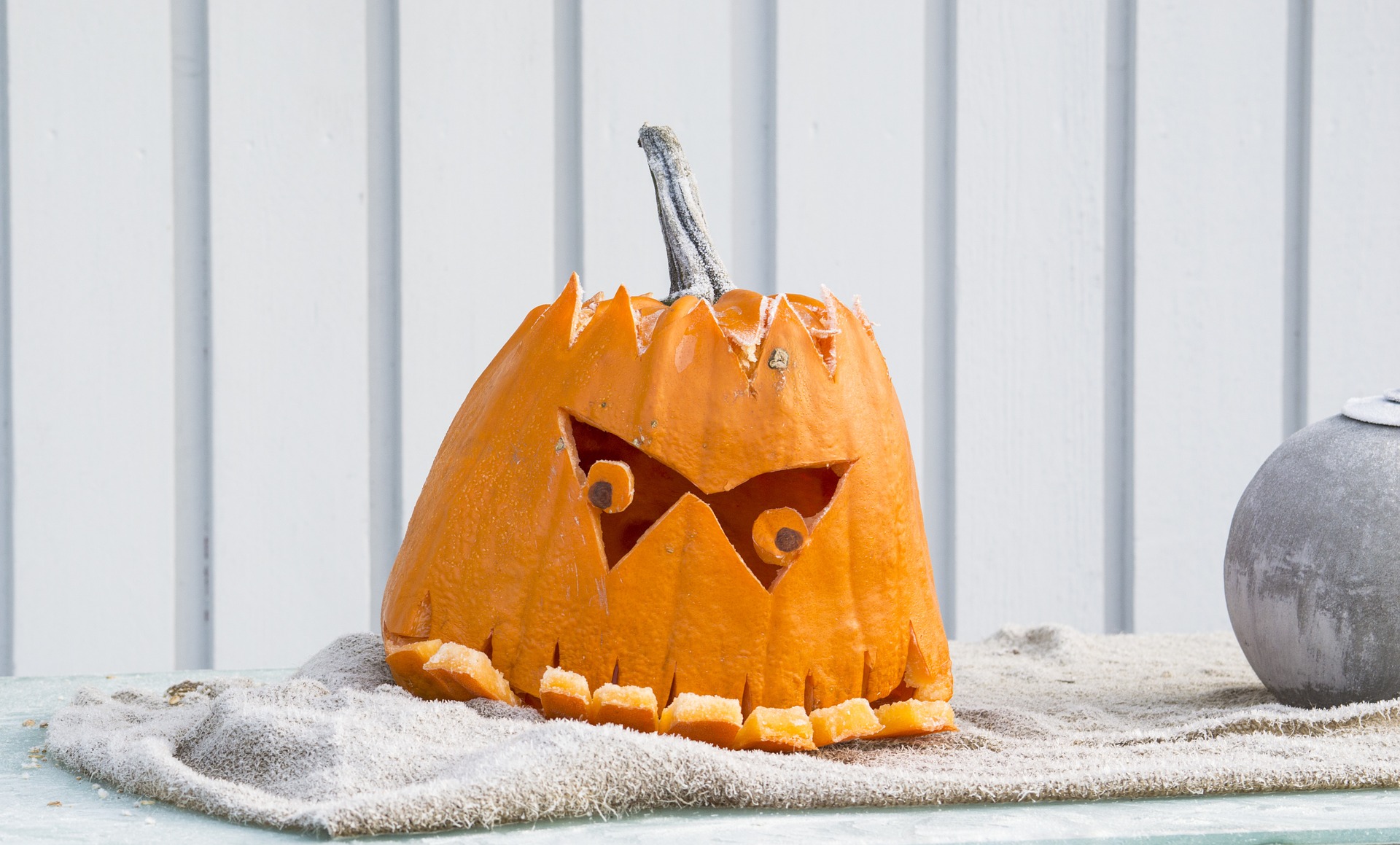 It’s Halloween today, and 180 million Americans of all ages plan to take part in some kind of festivities today. We’re all about it at Good Earth Plant Company, because so much of Halloween connects with nature. 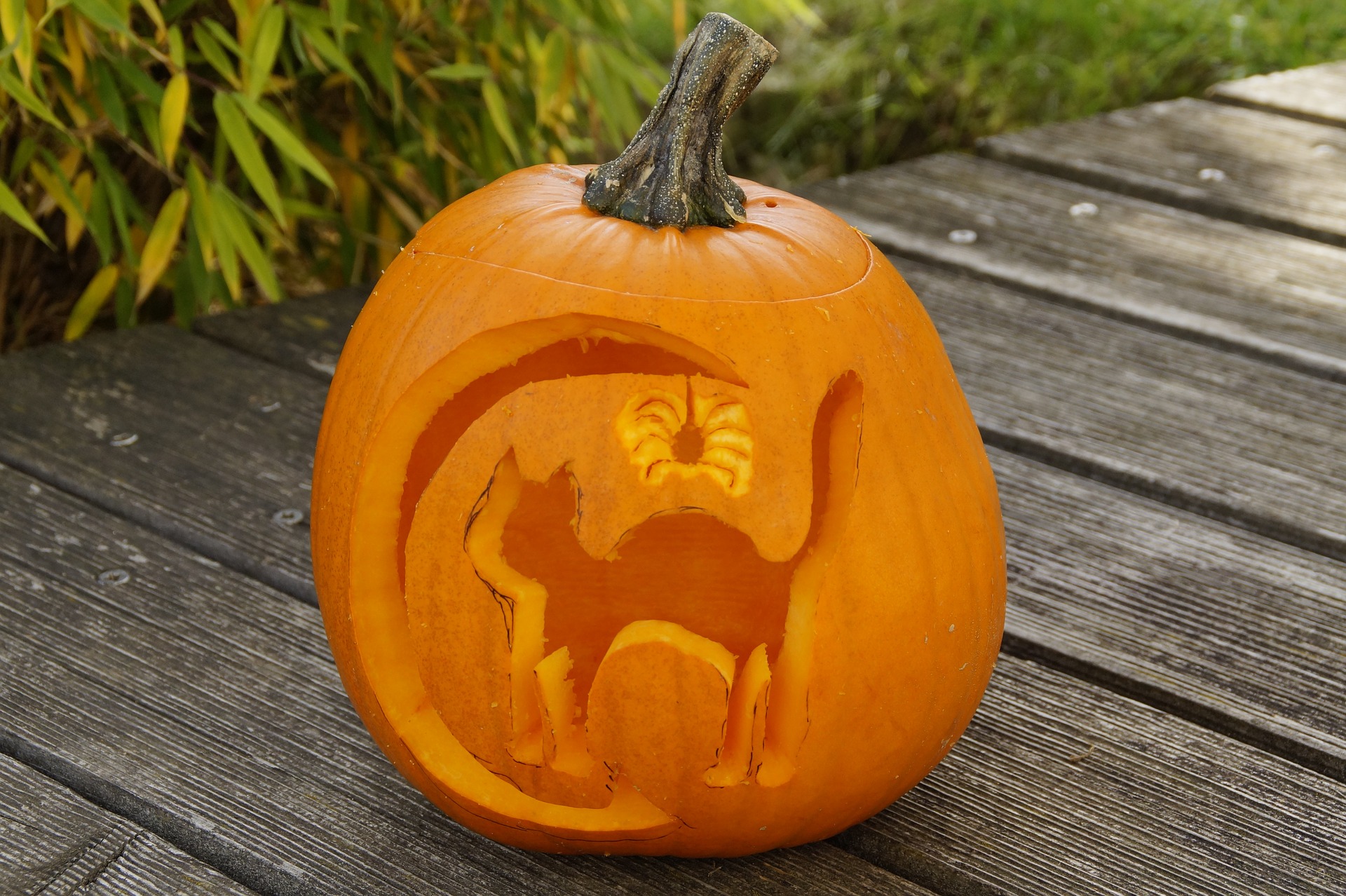 It wouldn’t be Halloween without carved pumpkins! Photo: Efraimstocher / Pixabay

Around this time of year, the seasons are making the transition from the last summer harvest to the cooler, darker days of fall and winter. We make the fall time change this Sunday, November 2. Irish immigrants brought their beliefs about nature to the United States. They explained the natural processes they saw happening during the seasons on magical spirits. It’s not surprising when you think about pre-industrial people trying to make sense of the world without sophisticated science.

So they built huge bonfires to scare away spirits, and they would use large vegetables like turnips or gourds as gargoyles, carving scary faces on the outside and putting a candle flame inside. Imagine turnip lanterns lining the roads and sitting in front of gates both to welcome visitors and to warn any passing fairies to stay away.

Don’t trash your pumpkins – recycle them! 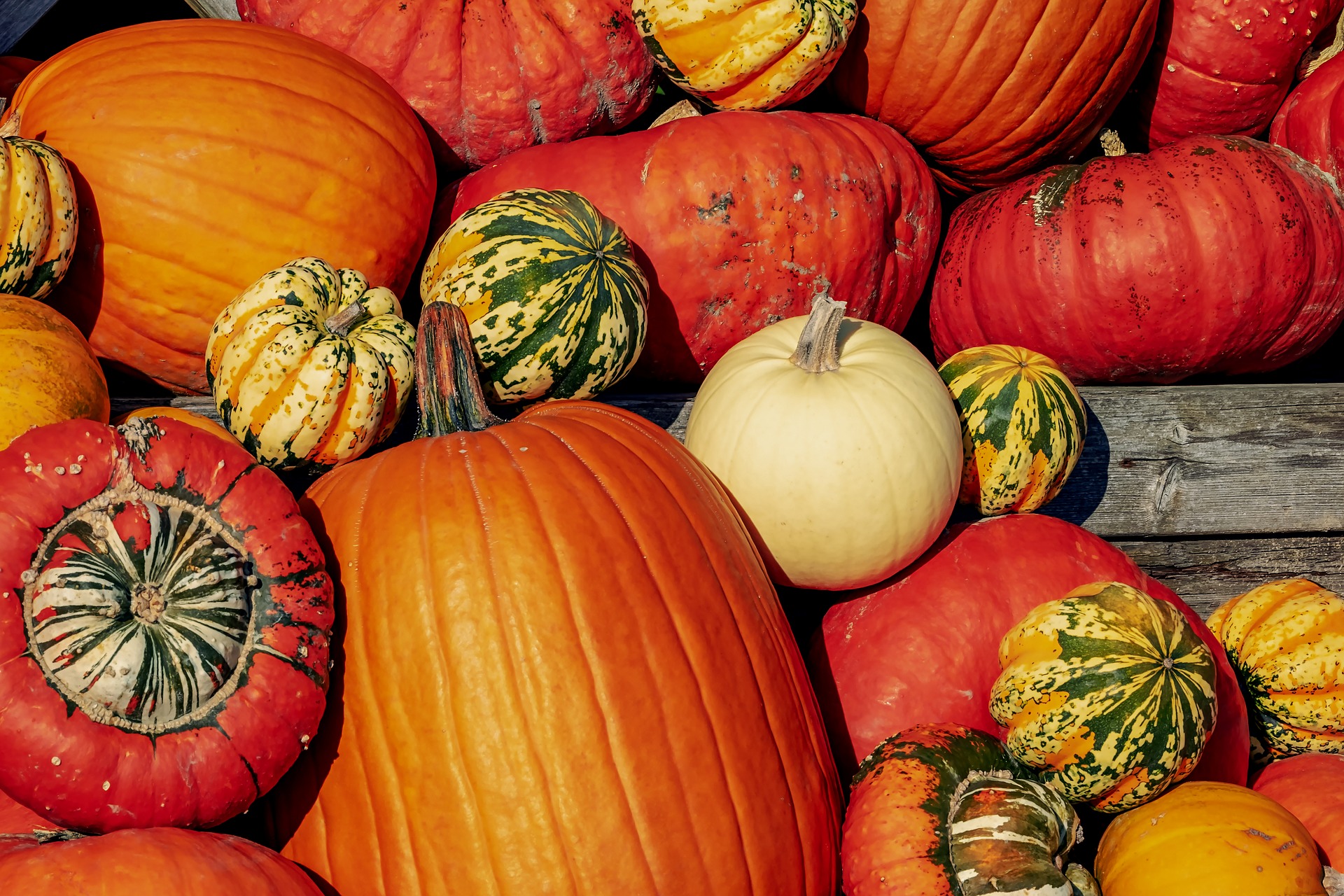 Americans consume 1.5 billion pounds of pumpkins every year, most of them in October for Halloween displays. Phjoto: Couleur / Pixabay

Americans really love their pumpkins. We produce 1.5 BILLION pounds of pumpkins every year. Pumpkins are grown on every continent except Antarctica. The United States is the undisputed heavyweight pumpkin champion of the world. Eighty percent of our U.S. pumpkin crop is available in October.

But did you ever think about what happens to all those pumpkins tomorrow? Nearly ALL of them are thrown away, and many of them end up in our landfills.

Pumpkins and other organic waste give off methane gas when they decompose. According to the organization Climate Central, methane is 25 times MORE harmful to the environment than carbon dioxide. Wow.

When you throw away that pumpkin, you are harming the environment. What a huge mistake – this is preventable!

If you’re fortunate to live in a place like San Diego, the City of San Diego will help you compost your pumpkins, gourds, and any other organic Halloween items. For the second year, you can participate in the City’s Pumpkin Composting Event on Friday, November 1, from 8 a.m. to 6 p.m. You can take your pumpkins and gourds to one of two dropoff locations:

Pumpkins must be clean and unpainted. Remove any candles, decorations, or trash. More information: https://www.sandiego.gov/sites/default/files/think_green_this_halloween_compost_your_pumpkins_and_gourds.pdf

Credit for this idea goes to San Diego City Councilman Chris Cate, who represents Clairemont and Mira Mesa in District 6. According to a City of San Diego news release, Cate says, “Last year, we collected thousands of pounds of pumpkins from hundreds of families. I am pleased that we will again be offering District 6 families in Clairemont and Mira Mesa the opportunity to recycle their pumpkins the proper way.”

Before you blow this off as too much trouble, keep in mind the average pumpkin weighs 13 pounds. If you have two – this isn’t much less than the average Christmas tree, and most people are responsible when it comes to recycling their trees every year.

If you can’t make it to Clairemont or Mira Mesa, you can still recycle your pumpkin by putting it into your greenery collection can. Each year, the City’s Miramar Greenery processes over 100,000 tons of wood, yard waste, and food scraps into mulch, compost, and wood chips. Benefits of composting include: saving money by reducing the need to purchase fertilizer, improving the health of the soil and conserving water, and it helps the environment by recycling organic material.

If you or a neighbor have a compost pile, you can add your pumpkin to it. But if you toss it into the compost pile complete with the seeds, don’t be surprised if they germinate and start growing new pumpkin plants. 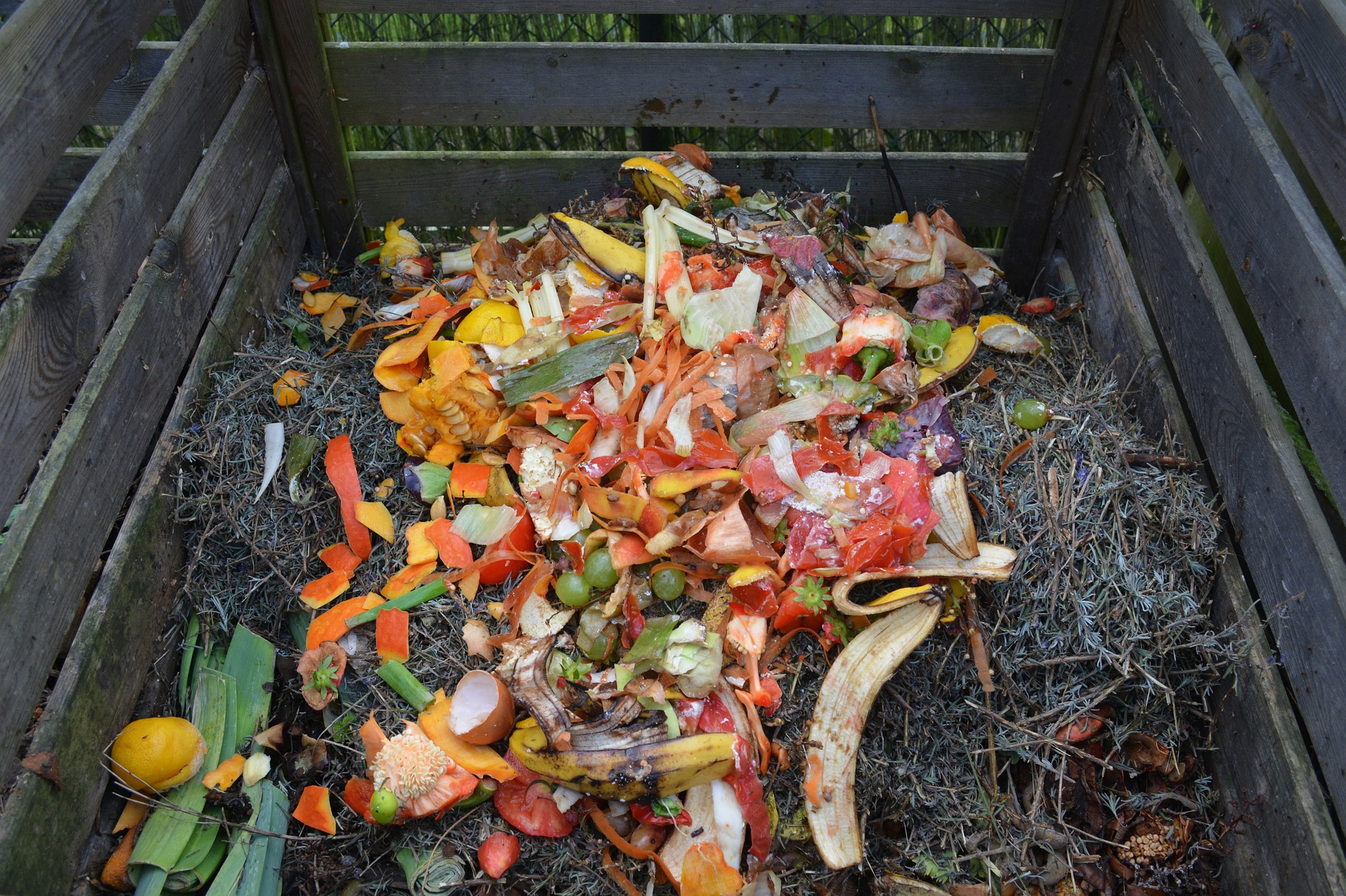 If you have access to a compost pile, add your pumpkins on Novemb er 1. Photo: Ben Kerckx / Pixabay

If you want to try and grow your pumpkin, you can give it a try. First, pulp the pumpkin before you bury it. The fleshy part of the pumpkin is designed to provide nourishment to the seeds while they grow. Pumpkins produce vines, so consider planting it next to a fence, wall, or trellis.

If you don’t want to grow pumpkins, remove all the seeds, pulp it, and bury it in your winter garden where it can enrich your soil.

If you are fortunate enough to live along one of San Diego’s many canyons, or in a rural area, you can share your pumpkin leftovers with the local wildlife. Birds, squirrels, and deer love pumpkin. Place your delicious snack in an area where it’s OK to safely encourage wildlife to approach. Then get the kids and watch the buffet begin.

We have one final idea for you. Ever notice how fast an old jack-o-lantern decomposes? You can turn this into a science project for your kids! Check out these instructions from the website Gift of Curiosity.

So while we can’t imagine Halloween without pumpkins today, we need to take responsibility and not cause damage to our environment by trashing our pumpkins the minute the calendar reads November 1. Enjoy contributing to the cycle of nature by putting their valuable nutrients to good use. 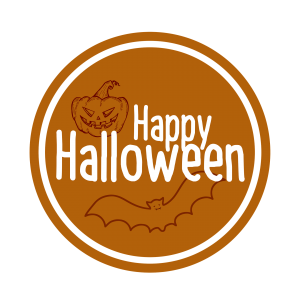