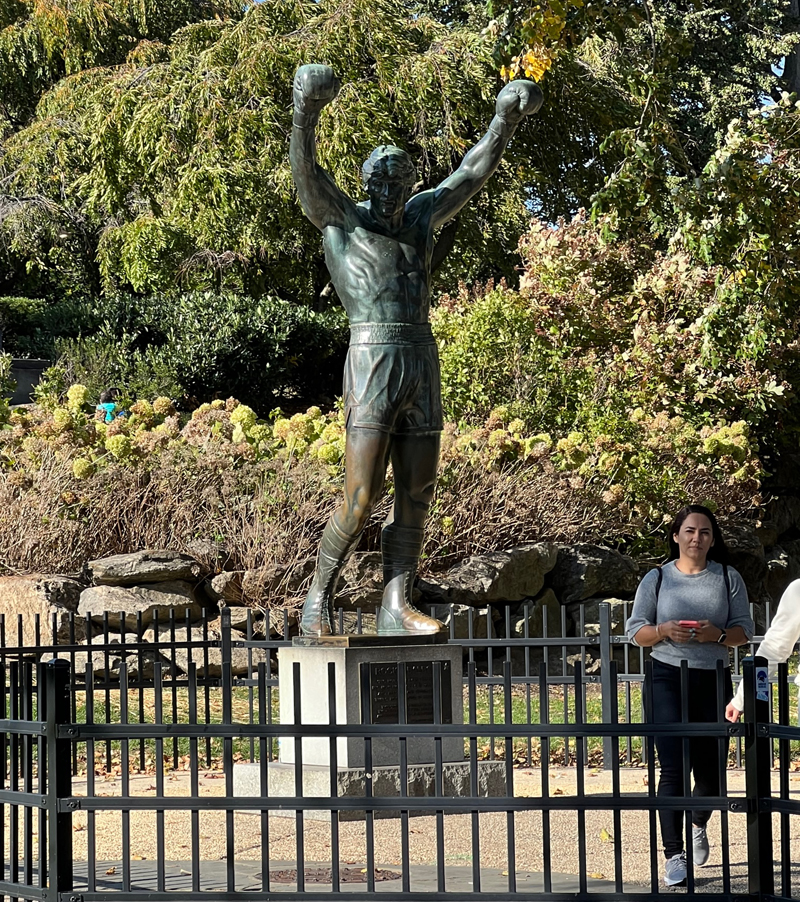 We might be underdogs like Rocky when it comes to fighting climate change, but we need to get off the canvas and fight to win. Photo: Jim Mumford

Picking up where it left off in 2019, the organization Green Roofs for Healthy Cities focused on resilient cities at its annual “Cities Alive” conference this week in Philadelphia. Nothing would stop me from making the trip east this year to learning from my colleagues about the latest green roof initiatives and building methods.

I first discovered Green Roofs for Healthy Cities in 2006. I visited Manhattan for the opportunity to work for a day with Leslie Hoffman of Earth Pledge NYC. We had met earlier in San Diego at a People for Livable Places event. I became enthralled with green roofs, but I had no idea at the time how to build one or even what they really looked like. I hired Linda to teach me, and we visited installations throughout New York and Queens. I also happened on a one-day seminar given by Green Roofs for Healthy Cities. All of this jump-started my green roof experiment, which helped me develop a whole new business model. 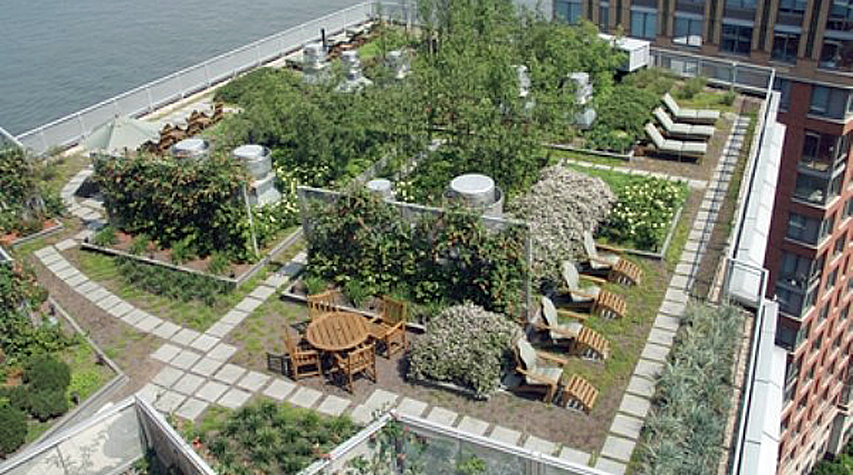 Since then, Good Earth Plant Company has constructed four dozen green roofs of all sizes for both residential and commercial clients and expanded to living walls, moss walls, and multiple one-of-a-kind projects in the last 15 years.

So what do green roof enthusiasts talk about when they get together? 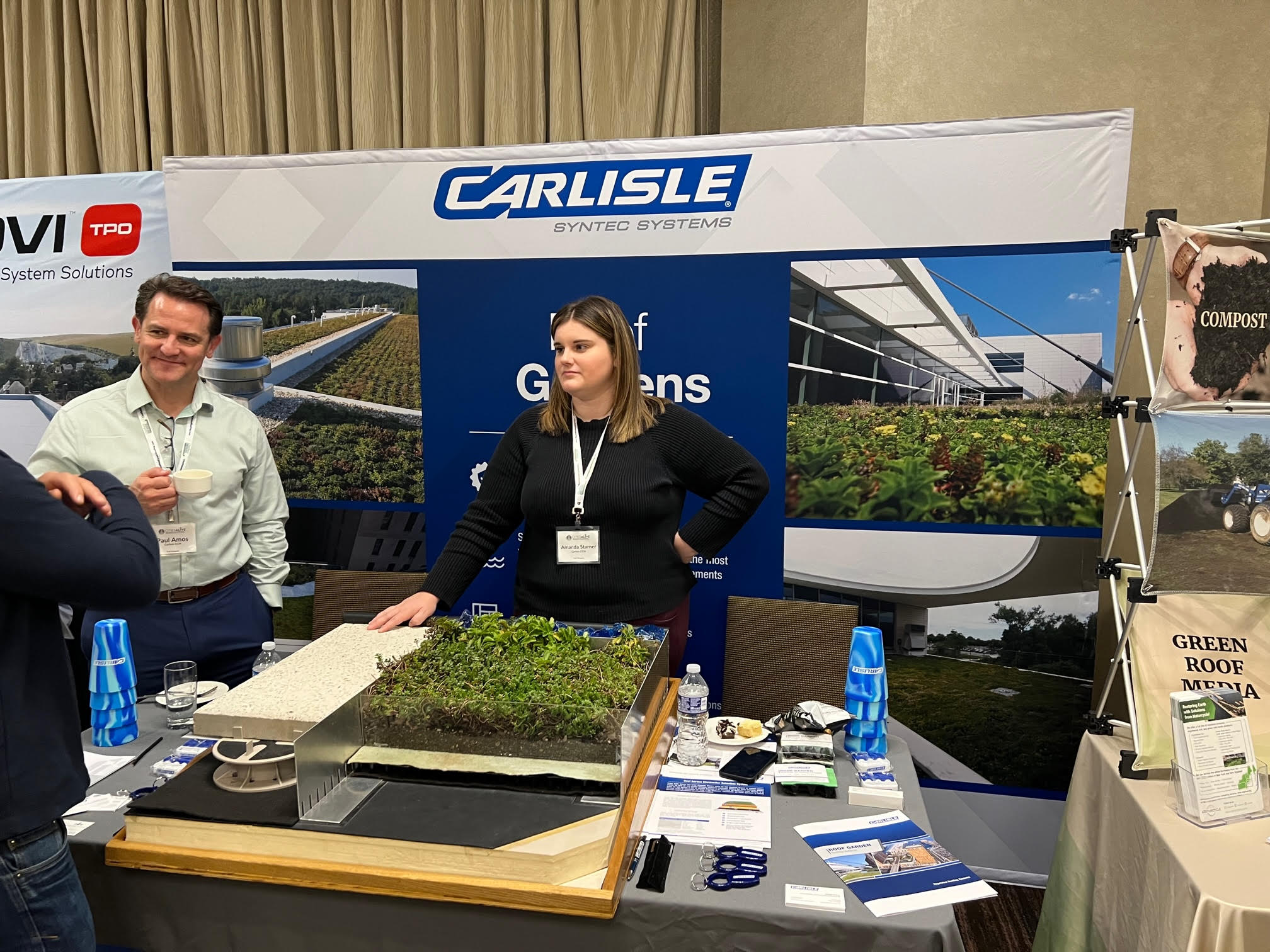 No surprise to me, the primary area of interest is water management. How can rainwater be filtered through a green roof, then captured, retained and used for irrigation. How do we use bioswales and other methods to keep runoff and all the pollutants it picks up out of our stormwater system.

It’s a key goal to reduce the mass inflow of stormwater into the sewer system all at once. It can easily overload a system and cause a backup. A well-managed stormwater runoff system reduces flooding and storm surge. You might not think this is a concern during a drought. But remember what happens in San Diego when it DOES rain. Streets close in Mission and Fashion Valley, and people end up being rescued after getting caught by fast-moving flood waters.

Concerns about global warming and climate change were on everyone’s mind. How can we as green roof builders help create infrastructure to help cool down our planet and preserve life as we know it?

It was good to see plants everywhere both inside and outside in Philadelphia. Photo: Jim Mumford

In her talk on the “Top 10 World Changing Blue Green Infrastructure Designs,” Linda Velazquez discussed “sponge buildings” and “sponge cities.” This is the concept of preserving watersheds through surfaces that absorb, hold, and slow down water. When human beings cover the ground in asphalt and concrete, this can’t happen.

Linda also spoke about emerging low-carbon, nature-based technologies called “probiotic buildings.” They are made from raw earth and multispecies architecture, such as algae-containing walls capable of shading a building, creating energy, and absorbing carbon dioxide. If we can develop these and other tools at scale, our buildings can move beyond netzero toward a carbon removal economy. This gives me hope!

Linda also touched on the need to naturalizing our cities by re-wilding streets, roofs, and even piers with plants to create biodiversity and increase absorption in sponge cities. Imagine the Oceanside Pier, Scripps Pier, or Ocean Beach Pier filled with plants!

The Salesforce Transit Center in San Francisco. My buddy Paul Kephart of Rana Creek worked on this mind-bogglingly beautiful project. 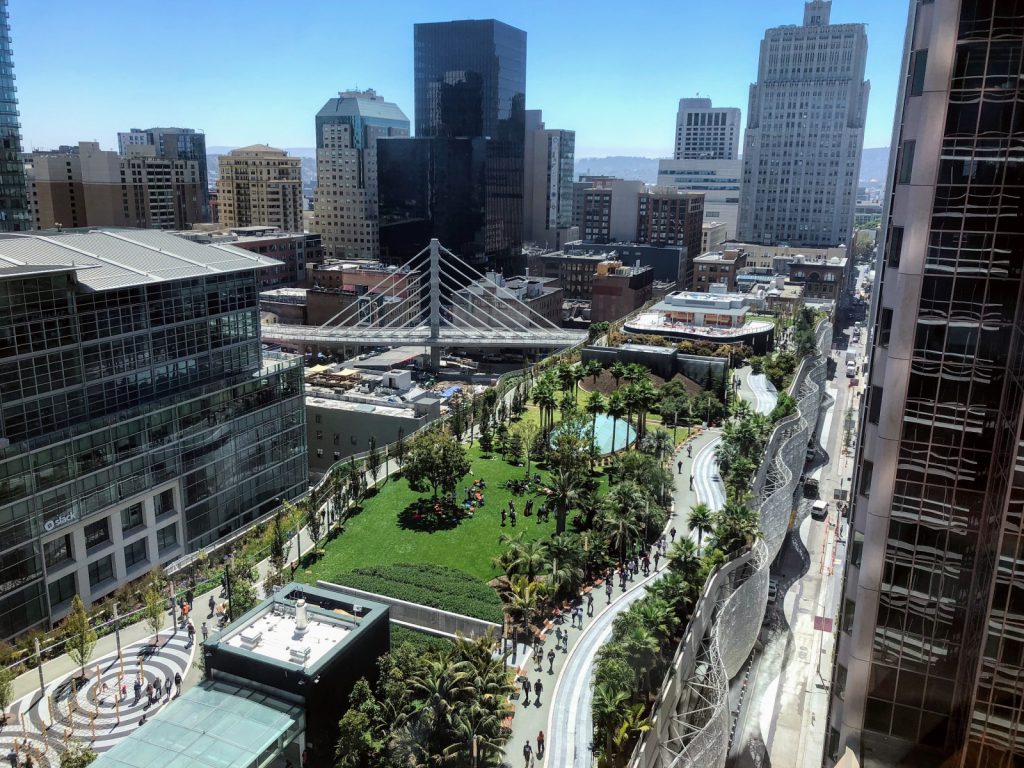 The solar powered Supertree Grove in Singapore, which you really have to see to believe.

We wrote about horticultural therapy here a few weeks back, and it was a topic of serious interest, along with healthcare workplace productivity through biophilic design.

Engineer Charlie Miller is now retired, but he turned into a guerrilla green roofer in the late 1990s. He formed the company Roof Meadow. I was one of their licensed contractors from 2009 to 2018. It was an invaluable education and I was happy to see Charlie recognized with an award for his legacy in bringing green roofs to the attention of many more people.

The new book “Drawdown” edited by Paul Hawken created a lot of discussion. It claims to the “the most comprehensive plan ever proposed to reverse global warming.” Hawken outlines the top ten solutions for helping to save the planet number. What’s number one? Better managemets of refrigerant! 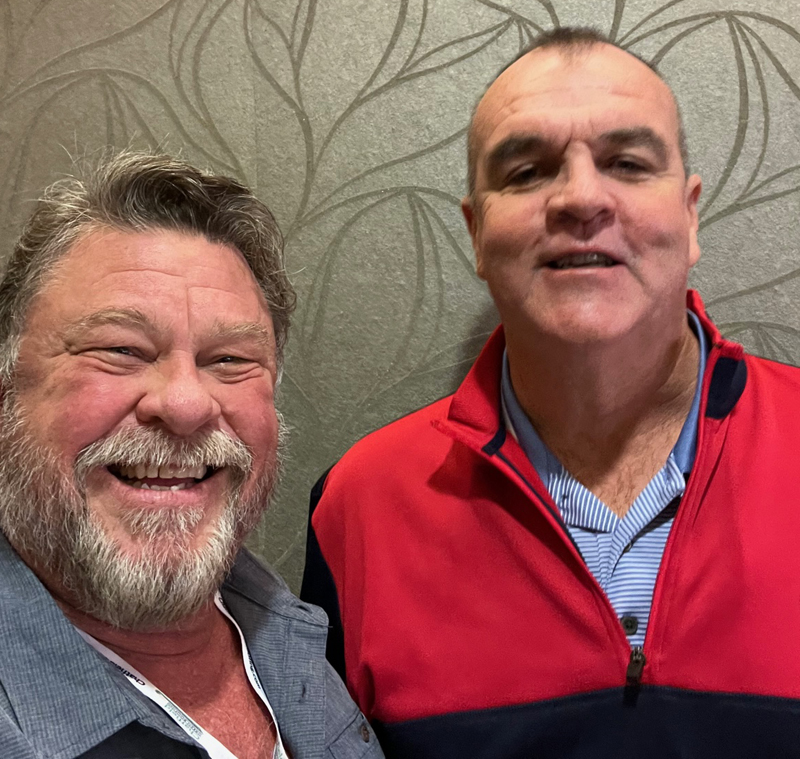 One of my favorite green roof geniuses to hang out with, Tom Walsh. Photo: Jim Mumford

For me, the best part about attending conferences like this is seeing old friends and making new ones. Hanging out with Tom Walsh is always fun. Tom works for Parker Plants out of New York and has done massive living wall installations. We both went through the first class to earn our Green Roof Professional credential – and yes, we passed the course in Atlanta these many years ago. I’m proud to call myself a GRP.

The organization Green Roofs for Healthy Cities has set a goal of increasing the coverage of green roofs across the United States and the world by 11% this year. Want to be part of it? Great! Get in touch with Good Earth Plant Company and let’s get started to meet that 2023 goal.