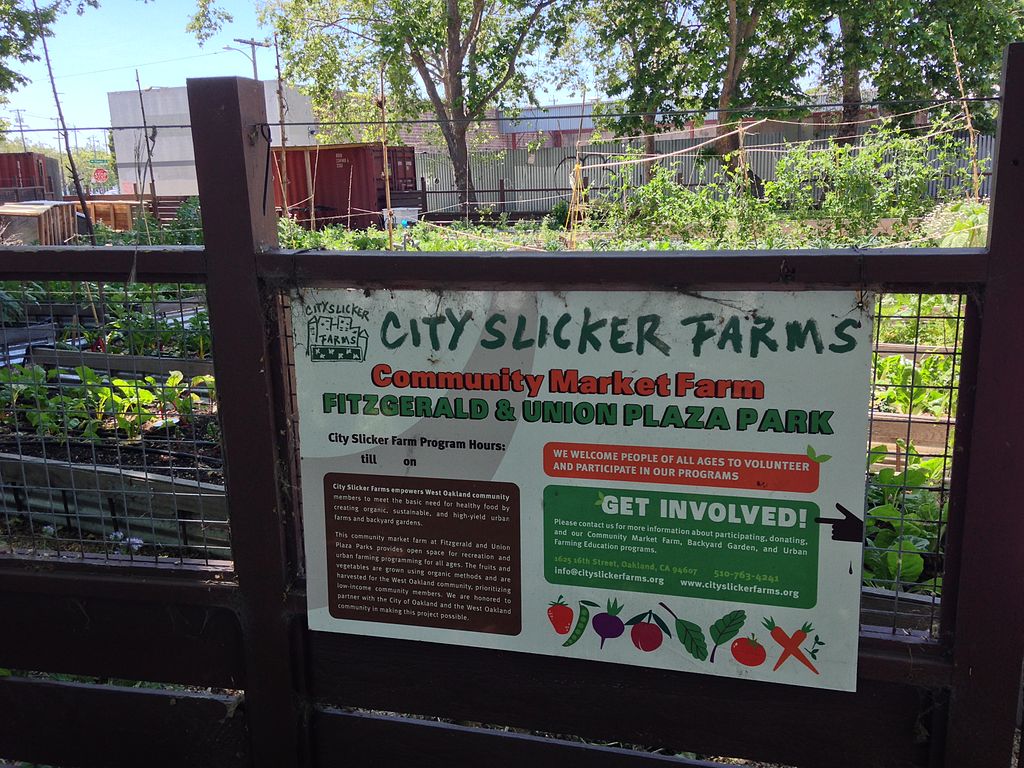 We look forward to urban farms in San Diego like this one in Oakland, California. Photo: Wikipedia/SaamBarati.jpg

While I’m on the road at the annual Tropical Plant Industry Exhibition in Florida, I learned about a proposal making its way through the approval process at the City of San Diego. Yes, stop the presses: a government idea I’m excited about!

The San Diego City Council’s Smart Growth and Land Use Committee took an important step Wednesday at its meeting to establish Urban Agricultural Incentive Zones in the City of San Diego. These zones were given a green light by California state legislation passed in 2014. Now it’s up to individual cities and counties to decide whether they want to allow them in their areas.

This legislation allows small-scale agriculture on vacant and blighted urban property. Translation: you can plant a vegetable garden on a vacant lot! The Zones allow the property owner to enter into a contract for a group or organization to oversee the garden. The property owner gets a break on their property taxes, a strong incentive. The community benefits from the land being used for local agriculture.

Eligible properties are identified through existing City of San Diego Urban Agriculture zoning. It doesn’t require any new or additional zoning or land use analysis, which saves taxpayer funds. The operating group must commit to run their urban garden for at least five years, and can’t use the land for anything except agriculture use. Neither the property owner or the garden operators are allowed to put dwelling units on the property.

I am a big big fan of urban foodscaping. My colleague Karen Contreras of Urban Plantations and I made a presentation called “Urban Agriculture: The Who, What, Where and Why, and the ROI” to the San Diego chapter of the U.S. Green Building Council’s Sustainability Conference last September, and I’ve written about it on this blog.

There are so many benefits to urban agriculture: reducing your carbon footprint, making fresh produce available in urban neighborhoods, and both the physical and mental health benefits from gardening. There is zero downside, and how often can you can say this about anything? 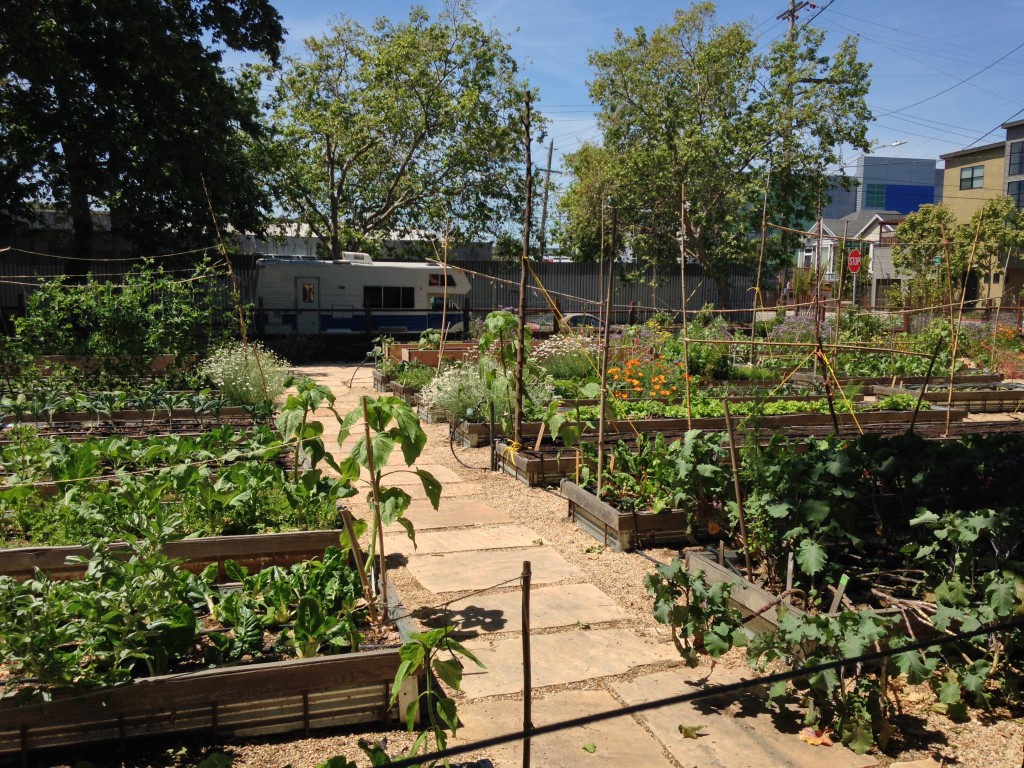 Urban farming like this project in Oakland provides numerous benefits to the environment and produces fresh produce in areas lacking access to it. Photo: Wikipedia/SaamBarati.jpg

If you aren’t in the City, this will also be considered by the County of San Diego which must pass similar local legislation. Do the same by contacting your County Supervisor, and here’s the link to do it.

As an alternative, contact your representatives via social media. You should connect to your elected officials on Facebook and Twitter, it’s a good way to communication (and keep your eye on them, haha).

We will keep you up to date on this issue, so check back for the latest.