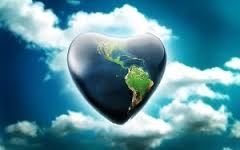 Forty-five years ago today, the first Earth Day took place in 1970. It is now an annual event celebrated on April 22, coordinated globally by the Earth Day Network. It reaches more than 192 countries each year including hundreds of communities in the United States.

Many communities that support environmental issues choose to celebrate an Earth Week. Not to brag, but we celebrate Earth Day every single day at Good Earth Plant Company!

In honor of Earth Day and Earth Week, Good Earth Plant Company shares some fun facts with you.

As part of Earth Day, the film “The Untouched” was created by Shreevivasan Manievannan. It is a time lapse film showing the beauty of the state and national parks in America. It took the filmmaker two years shooting 56 different sequences in 30 locations to put the 15,000 photographers together in this five minute film. Manievannan said, “My overall vision for the video was to simply showcase the beauty of nature. We need to have the urge to step up as an individual, as a community, as a country, and as a world, to conserve and combat the changes for the best of our future.”Watch and be inspired!

The Untouched – A Time-lapse Film from Shreenivasan Manievannan on Vimeo.

Earth Day and Earth Week have made a tremendous impact educating people about reducing their negative impact on our environment. Here are a few things you can do on Earth Day and every day:

For these reasons and many more, all of us at Good Earth Plant Company will do our part to continue the campaign for a healthier ecosystem. More importantly, will you? Volunteer. Organize a clean up event in your neighborhood. Install solar panels on your roof (and how about a green roof too?). Plant a community garden. Let your elected officials know environmental protection is important to you