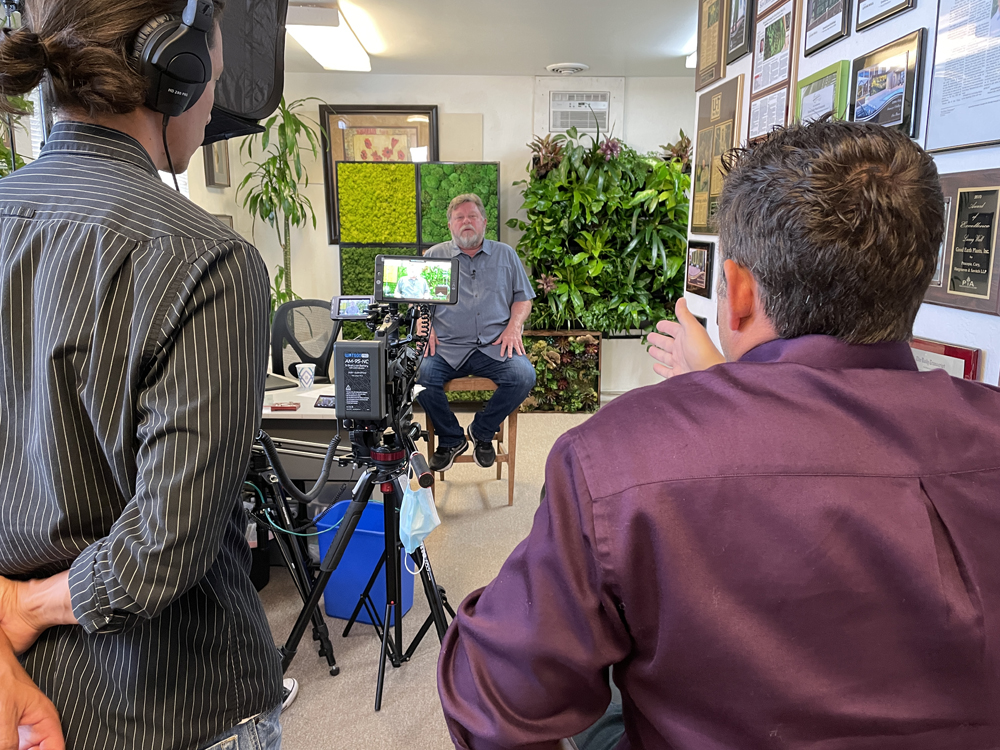 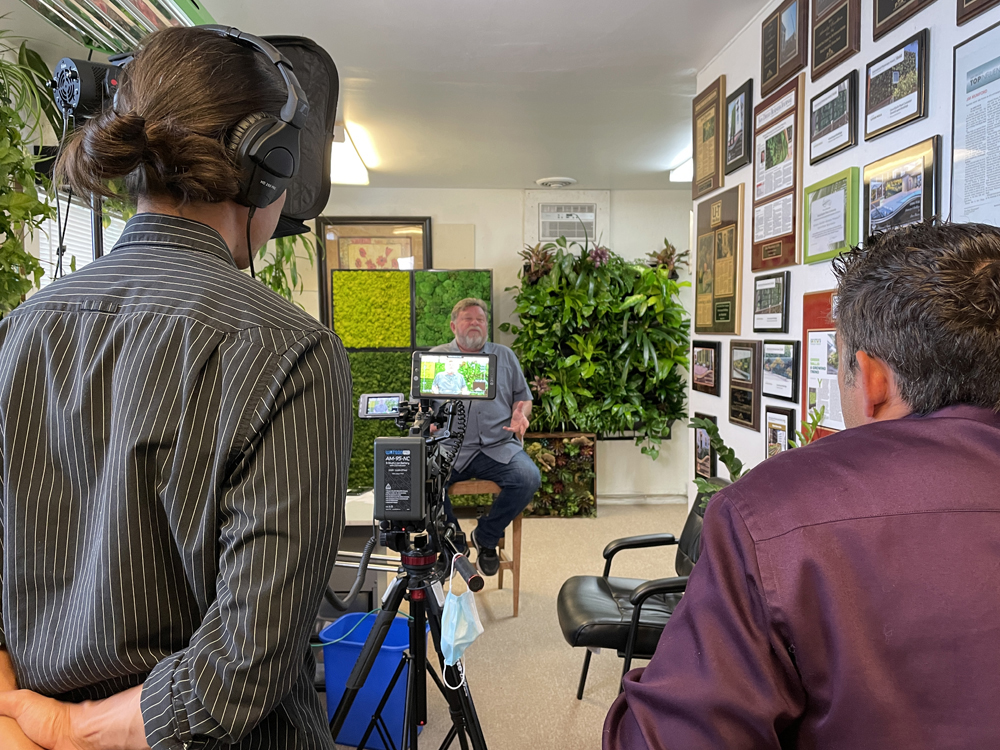 The KLCS team turned our small lobby into a TV studio for a day while shooting “Sustainability US.” Photo: Good Earth Plant Company

We’ve been sitting on this news for months. Just like kids at Christmas, the November 10 air date finally arrived for Good Earth Plant Company’s feature stories, and interviews on KLCS-TV show “Everybody with Angela Williamson.”

KLCS -TV is a multiple Emmy Award-winning noncommercial PBS affiliate station, broadcasting to more than 15 million viewers in Los Angeles and Southern California. Eight million households per month, and one out of every 10 TV viewers in Southern California, watch KLCS. So you can imagine the excitement level about spreading the message about Good Earth’s mission to enrich peoples’ lives with plants. When KLCS host and producer Dr. Angela Williamson contacted us about this opportunity, we couldn’t say yes fast enough.

One invitation became two with two different programs. Yes, we’re part of a crossover event! The first with Dr. Williamson is now available on YouTube and we can share for viewing (and reposting, feel free).

We asked Angela for insight on the invitation and what KLCS wanted to convey to its audience. “In season two, we wanted to do a crossover show (with Sustaining US), and Good Earth Plants was the perfect topic for both shows. Jim has dedicated his career to helping us live a better life by creating a connection to nature we can all afford and enjoy in our homes and workplace,” Angela told us. 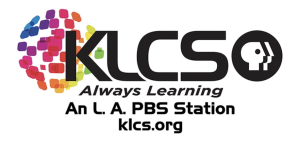 “Everybody with Angela Williamson” champions the “human spirit” by sharing the guests’ inspiring stories with a larger audience. The show describes its mission as “demonstrating that everybody has a role in making our world a better place.” Host, author, and documentarian Dr. Angela Sadler Williamson interviews what she calls “everyday people doing incredible things while strengthening their communities” What an honor to join the authors, musicians, business leaders, and activists who have appeared on Angela’s show.

Later, we’ll show up again on “Sustaining US.” It is a weekly half-hour TV news and public affairs program airing on KLCS PBS every Wednesday at 10 p.m. throughout Los Angeles and Southern California. “Sustaining US” is both field and studio-based show. Each episode focuses on stories about the intersection of our environment and our economy.

Each show begins with a field report, and this week’s episode features a trip to Good Earth Plant Company and a tour through our work for client Avison Young at 655 West Broadway and Springhill Suites Oceanside, plus our own green roof.

Several months ago, a KLCS crew came to shoot on-scene interviews at Good Earth Plant Company and get video of our green roof, and our projects around the county. Terrific, professional, friendly! They gave me great directions and made it easy. 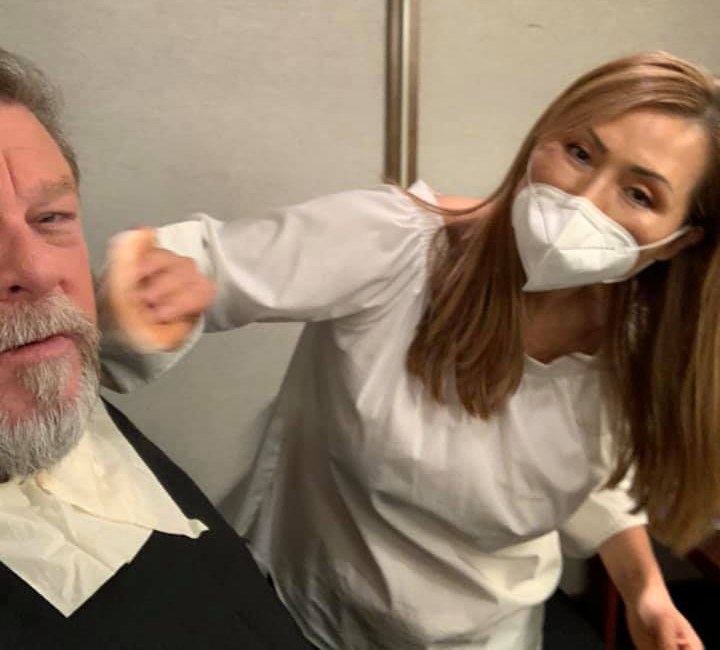 An unusual experience for me: sitting in the makeup chair! Everyone made me feel comfortable as possible including the talented Chung Wiseman who got me ready for my closeup. Photo: Jim Mumford

Next, I traveled to the KLCS studios to shoot my interview with Angela. Any interview that begins with pizza for lunch plus the help of a professional makeup artist is already a winner. It was only my second time being made up for the camera. The first was my TedX talk several years ago. Huge thanks to Chung Wiseman for making me look good.

Angela met me during the makeup session. When I asked if I should call her Dr. Williams, she told me, “No, we’re friends here. Call me Angela.” 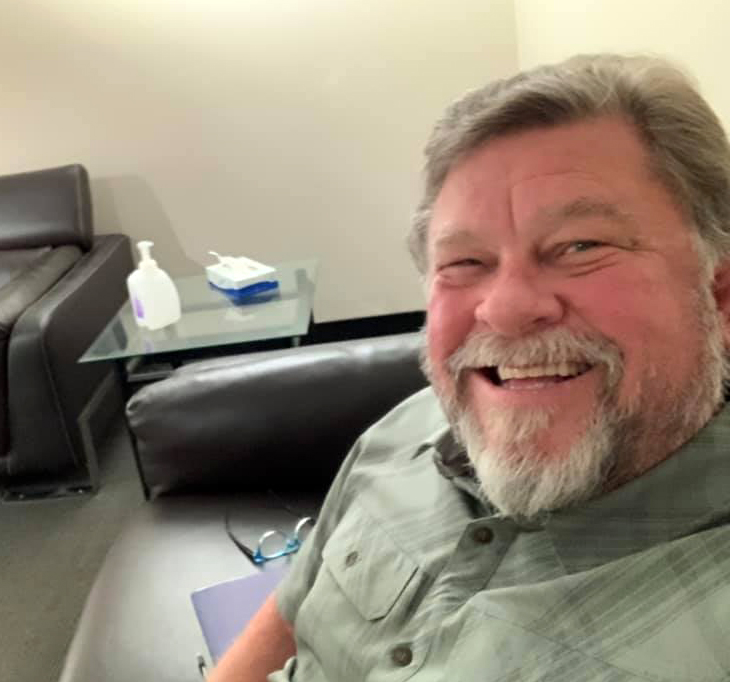 Waiting in the KLCS green room. But why am I the only thing that’s actually green? Good Earth Plant Company should fix this. Photo: Jim Mumford

The KLCS team had returned to their studios for the first time since the pandemic and were just getting back into the swing of things. It was a comfortable environment, and Angela is one of the best interviews I’ve had the pleasure to work with in decades. No wonder her show is an award winner!  She made it warm and helped me light up. It seemed over in seconds!

We hope you enjoy and share the programs. While I admit it’s a thrill to see yourself and your business on TV, what’s really exciting is being offered the opportunity through the reach of respected media organizations like KLCS to achieve our mission to enrich peoples’ lives with plants.