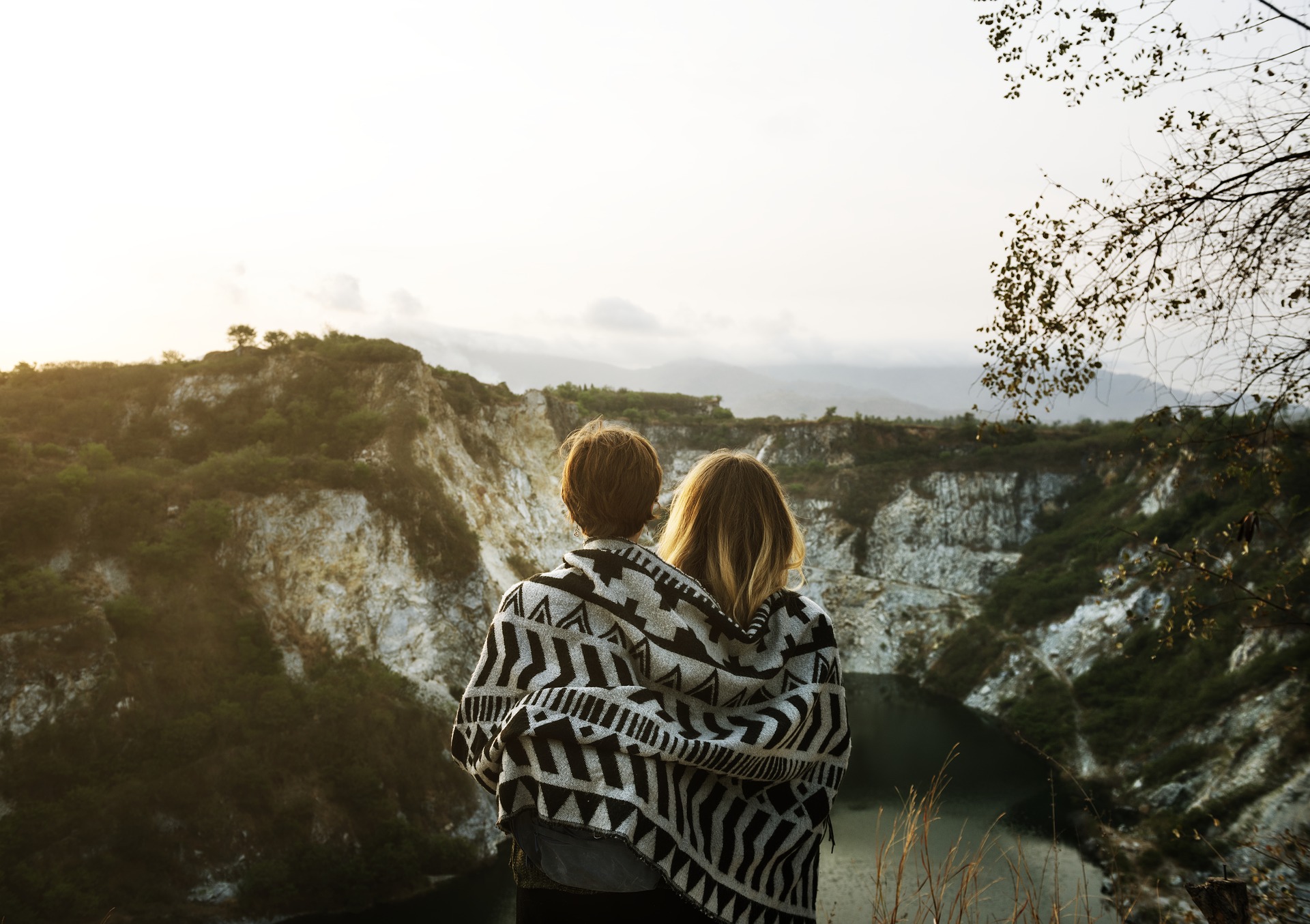 My Aunt Nancy recently let family and friends know about an honor my cousin Kathy Mulvey received. (Thanks for ratting her out, Nancy!) Phillips Academy Andover, one of the oldest and most prestigious independent secondary schools in the U.S. based in Andover, Massachusetts, named Kathy one of its “20 Alumni Who Are Saving the Planet.”

Kathy works for the Union of Concerned Scientists. Here’s what Andover wrote about her efforts:

“Everything we value depends on the ecosystem and on people working tirelessly to prevent its destruction. Kathy Mulvey is the sharp end of the long-running debate on fossil fuels, taking some of the world’s largest companies to task on inadequate climate policies. The accountability campaign manager and advocate for the Union of Concerned Scientists, Mulvey has organized action campaigns, overseen detailed corporate research and reports, and managed high-level coalitions. The go-to source for climate and energy information at major news outlets worldwide, Mulvey doesn’t shy away from calling out corporate cover-ups or demanding stricter policies and aggressive action for a low-carbon world.”

And I thought I was an Eco-Warrior! I’m proud of everything Kathy is doing along with her fellow alumni. There are some pretty amazing people on this list, and you can read about all of them here. 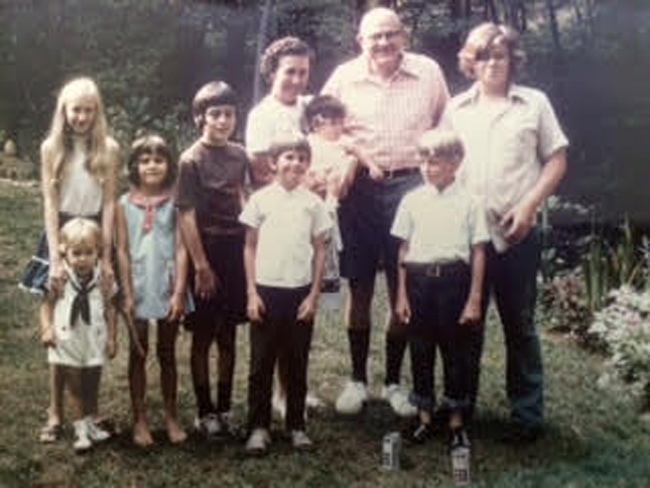 My cousin Kathy Mulney is third from the left in this group photo.

Aunt Nancy also reminded me recently about another cousin, Rafter Ferguson, who also has a professional connection to nature.

“Rafter qualifies in profession as just as nature-oriented as you and Kathy,” wrote Nancy. “He has his Ph.D in crop science from the University of Illinois, Champaign/Urbana and has just finished a two-year post-doc teaching in the environmental studies department at Haverford College in Pennsylvania.”

And how about this for a coincidence – Aunt Nancy told me about Rafter’s new job: “He has just been hired as a scientist by Union of Concerned Scientists at their Washington DC office – the very same where Kathy works!  (And no nepotism involved in the hiring)”. 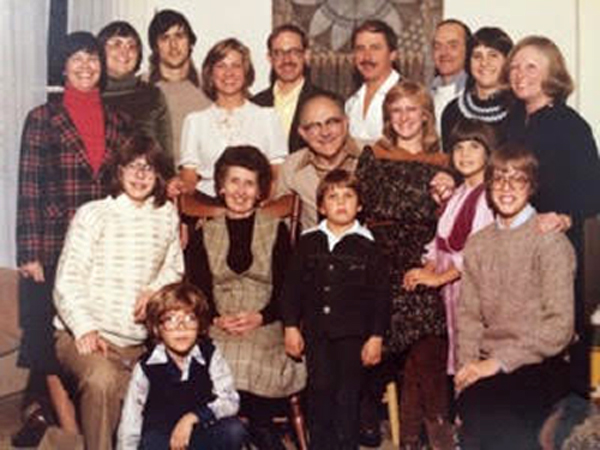 The Mumfords in 1980. Rafter is in front row center, right in front of grandfather Bob Mumford.

If you’re into permaculture and liberation ecology, do a Google search for Rafter Sass Ferguson.

Aunt Nancy says love of nature and the outdoors seemed inherited by all us grandchildren from grandfather Robert Mumford. “Steve spends his free time hiking, biking, kayaking, camping and rock-climbing in the Catskills in New York where he lives. Geoff Carens has a garden at his new home. Rob has been sharing some lovely outdoors photos lately,

“Of the four siblings other than your dad, Shirley has his love of gardening with window boxes, hanging plants and extensive gardens adorning her house in Franklin, New York.  One of Rick’s volunteer activities in retirement is leading a group of third graders on a nature trail. Mardi had an extensive garden room with a variety of house plants until the most recent years, and I love to hike and walk in the woods, just observing, even though I don’t have any particular claim to nature fame.  And all of us feed and watch birds.” 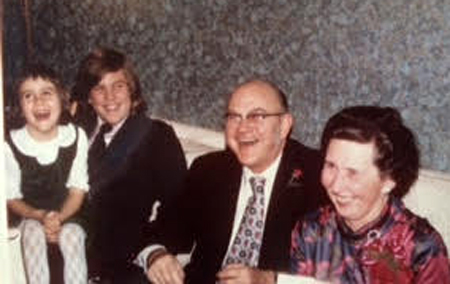 Kathy is sitting on my lap in this photo.

Cousin Kathy and I spent many family summers together, enjoying the outdoors and learning about nature in a way that seems a little old-fashioned today. And all of the grandchildren’s nature related activities got me thinking about something that applies to all human beings. You could put it into the “nature versus nurture” argument that’s been going on for decades among psychologists and behavioral scientists.

The theory, which has been around since 1869, debates whether our biological and genetic predispositions make us into the people we are – or does our environment and what we learn along the way have a greater influence on us? Are our tendencies, our strengths and weaknesses, even our personalities, all predetermined at birth? Or are we living sponges? Something in between?

It seems obvious that certain families have similar physical characteristics. And have you ever met people from one family who all have the same personality? But there are also examples with identical twins raised in different environments through adoption who turn out exactly the same.

Your DNA may carry the gene for an inherited disease. But you can also become ill after years of exposure to asbestos or lead paint.

I’ve written many times about the concept of biophilia – an instinctive bond between human beings and other living things. Research shows that human beings are instinctively drawn to nature, and that we are healthier both mentally and physically in natural environments. Studies prove just by getting outside away from our urban settings, we can improve our mood and reduce stress. We seem hard-wired to work outdoors, or at least connect with the real world, not sit inside an air-conditioned box for eight (or ten!) hours every day. Although when the temperatures are in the high 90s, it doesn’t seem so bad. 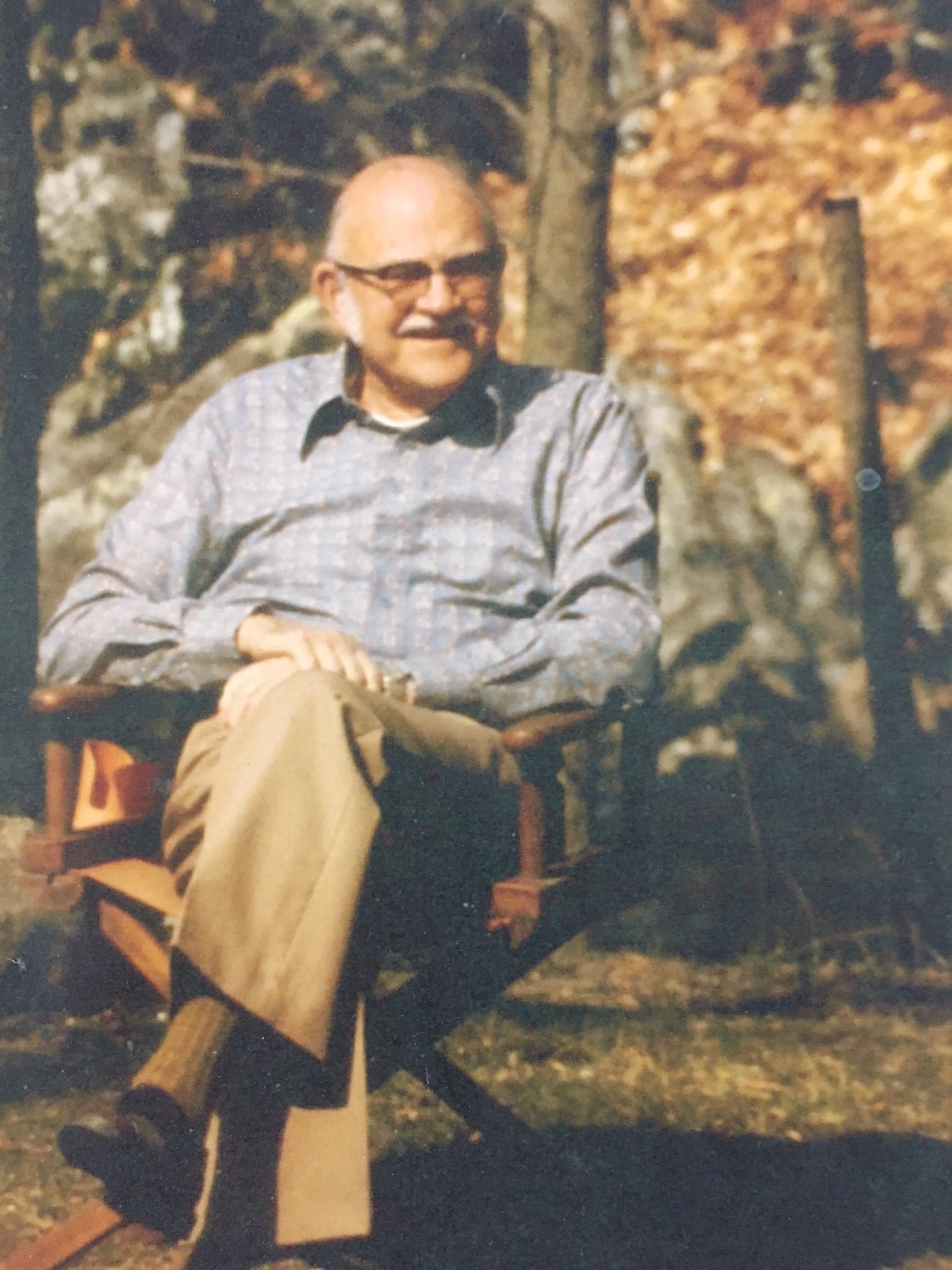 My grandfather Bob Mumford in his New Jersey garden in the 1970s. Photo courtesy Jim Mumford

Aunt Nancy and I have still more family members who’ve always have a love for nature. My father, Bob, became a much admired – and published! – nature photographer after retiring from the United States Navy. We’re about to take a trip to the world’s largest Amazon rain forest, and he just got back from a trip to Mongolia. My daughter, Allie, loves nature – for her it’s all about animals. My son Ted regularly camps, backpacks and climbs mountains.

I’m convinced my love of nature comes from my grandfather. He was an avid gardener who lived in Westfield, New Jersey. Upon retirement they converted their mountain cabin to their home, and for most of my childhood that is where we spent much of our summers. No, he didn’t work with plants for a living, quite the opposite. He was a corporate attorney for Allied Chemical, a pretty stressful and technical job. He would take the train to New York City to work every day, and there’s no more urban environment as you can imagine.

But at night, his reward was coming home to his garden and plants. He had two summer sleeping porches, and he converted one of them to a greenhouse. Every Christmas the basement was filled with Tulip bulbs that were over-wintering. The garage was taken over by gardening tools. What a luxury it is when you live in a climate that gets so cold to have a greenhouse where you can enjoy plants and flowers all year long. In San Diego, we don’t really appreciate the impact of maintaining that connection to nature all year long, but my grandfather did. This was his greatest luxury in life. He loved hyacinths and when I smell them to this day, fifty-five years later, my grandfather is immediately in my memory.

But – was this affinity for nature an intrinsic part of my own DNA? Would I have founded Good Earth Plant Company even if I didn’t grow up around the rest of the Mumford (and Mulvey) clans?

Here’s what I think – I think we don’t really know. But like seeds, the potential for growth is there. But without being planted in the soil, and watered, fed, and tended, nothing will start growing. And those seedlings might not grow into beautiful plants without being protected from predators. So, if you want to raise the next generation of Eco-Warriors to take over for Kathy and me and the rest of the Robert Mumford clan someday in the future, they’re going to need your help. And if we don’t create the next generation of nature lovers, who will look after and fund our National, State and Regional Parks?

Can you learn to love nature? Or do you have to be born this way? Photo: RawPixel

Do what you can to expose your kids to nature. We have so many ways to enjoy nature in a place like San Diego. If they love gardens, we have some of the best. If they love animals, take them often to the San Diego Zoo and to the Safari Park – or get them involved in 4H programs or volunteering at animal shelters. Community gardens or your own backyard garden can teach kids a lot about nature – and there is dirt to play with! A simple trip to the beach, tidepools, or a night away from the city lights under the stars might be all it takes.

Thank you to Aunt Nancy for contributing as my co-author on this blog post.