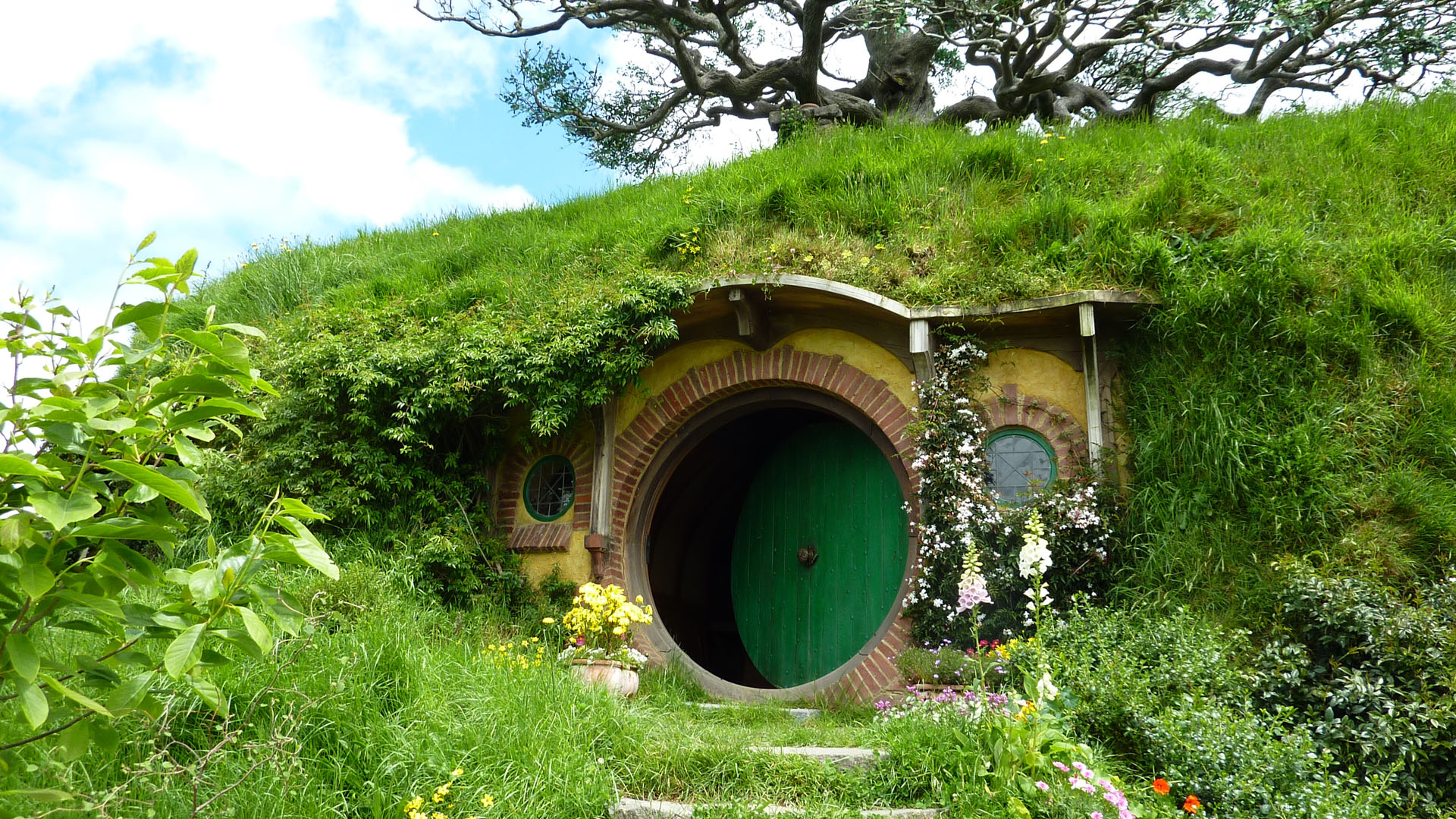 Once upon a time, humans lived in caves. Over the years, futuristic science fiction books and movies quite often depict humans living underground. But underground living is not just the past and the future. In the form of a green roof, it’s here now.

Think of the Teletubbies and Hobbits, clearly residing underground, which apparently is nothing new because Hobbits have lived underground for eons. Everyone knows that. Cool houses, too with windows that frame a green grassy knoll and carved earthen archways.

This is by far the one of the coolest ideas I have seen. I may just make one for myself! The internet is filled with photos and books available on how to design your own underground home, or even live in a cave. People give testimonials about the fossil-fuel savings that come with their custom-created “cave” homes. Lists of how to manage the feeling of claustrophobia and the lack of light, easily done with tricks using renewable light sources. Think of a TV soap opera set where the windows mimic daylight. They look good! And with some adjustment, I expect you could really feel cozy living underground. One guy even said that his family slept through an entire tornado because they were so insulated.

An internet search turned up some disturbing facts about being underground too. There are colonies of people living underground in Las Vegas, mostly homeless, and crime has become a problem. These areas are more tunnel-like and less single-family dwelling. I hope for the sake of everyone that there can be some type of help given to those residents. Certainly this type of living has been around for hundreds of years as seen in “Les Miserables” in the catacombs of Paris. People have gravitated underground in times of uncertainty and want. It seems a natural place to go if you want to disappear and lay low.

In my mind, I have already designed my own hobbit-house underground, over-looking the Pacific Ocean. I would have living walls and perhaps an aquaponics system for growing my own herbs and veggies along with catfish. And I sure wouldn’t miss doing yard work. Or paying a high gas and electric bill. I would be challenged to adjust to the concept of “mowing the roof.” Or would that be where I would put the vegetable garden?