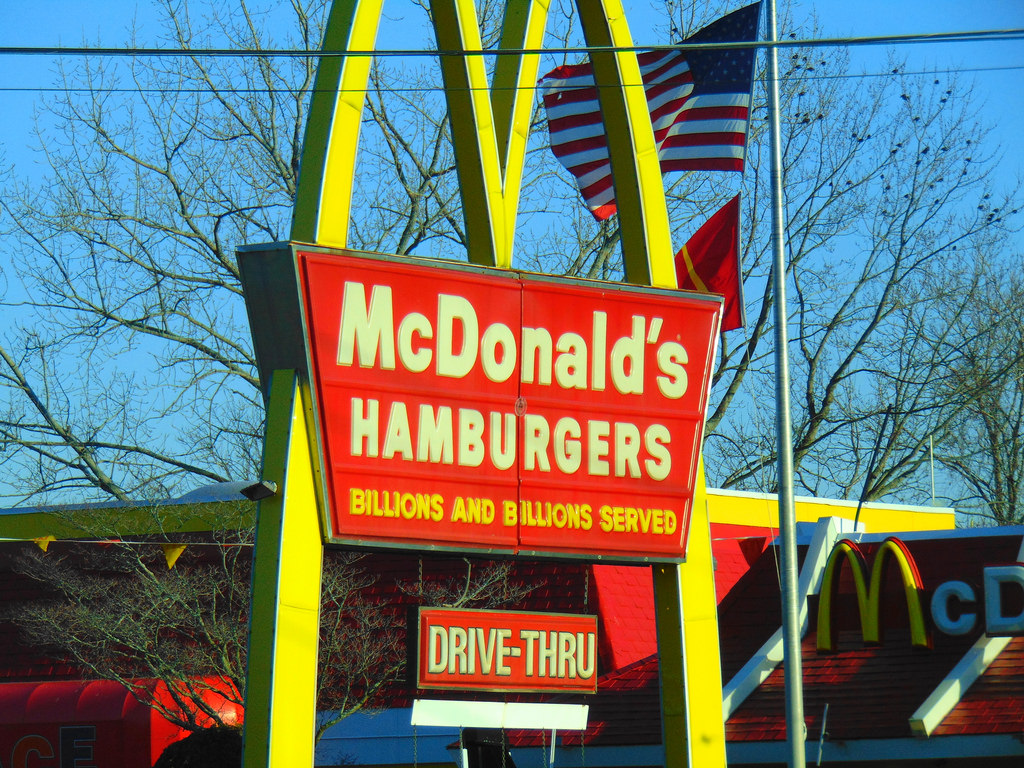 When I was 12, I played Pop Warner football. One of the kids on the team had an agent and was asked to pick five kids from the team to help do a special part of a McDonald’s TV commercial.

They divided the entire team in half, gave us different colored jerseys, and created the White Jersey Team vs. the Black Jersey Team. The score was Black 12, White 7 with only seconds to go. Ronald McDonald showed up in the huddle to save the day and was both quarterback and receiver – throwing himself a pass down field (trick photography) and scoring the winning touchdown as time ran out.

I was one of the kids celebrating with Ronald at a McDonalds’ restaurant after the game. We were supposed to pick him up on our shoulders hero style, but he was too heavy. Probably from eating too much fast food. Unfortunately, that part of the scene had to be cut. I believe it ran only in San Diego’s local TV market, but it was the first time I got to see myself on TV, and we had a lot of fun. I made $200 and all the cheeseburgers and French fries I could eat while filming.

Anyone around my age who grew up in the United States remembers seeing a classic McDonald’s fast-food restaurant sign. Those golden arches had a way of getting any kid’s attention.

Remember how the signs started out saying “Over One Million Served,” then “Two Million,” and so on over the years as the numbers kept going up higher and higher. Now McDonald’s just goes with “Billions and Billions Served.”

I had an epiphany about this recently. ‘I wonder how many people see, or are subconsciously influenced by our plants every year?’ I first thought. ‘I wonder if it’s over a million?’

I started adding up the projects in my head – our living walls at Fashion Valley Mall, the Hotel Del Coronado and Kaiser Hospital entrances, the green roofs on Sharp Memorial Hospital and the Fallen Star at UCSD, the interior plants in all of the Qualcomm and Sempra offices, and all of our projects in Los Angeles, Seattle, Atlanta, Florida, Texas, New Jersey, Kentucky and New York. It’s quite a list.

I’m sure if you count all the people who’ve seen these projects, it’s more than one million people. Is it 10 million? How can we expose 10 million people to nature through biophilic design courtesy of Good Earth Plant Company program in one year?

If I change my time frame from one year to over the past 40 years, I probably haven’t come close to Ray Kroc’s “billions served,” but I’ll bet we have served several million – well over 10 million by now.

It would be worth it to me to have even one person benefit from one of our projects: a smile on the face of a recovering Sharp Healthcare patient looking out on our green roof, or a biotech scientist being able to think clearly thanks to the oxygen in her building from our plants; or someone getting a smile from our newest project for moss wall art for Mission Federal Credit Union.

And that’s what keeps me going after 40 years – and counting!