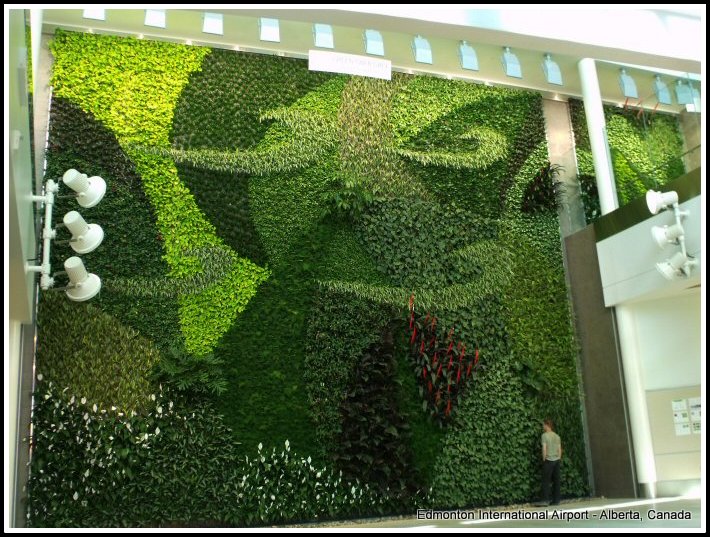 Living walls are springing up around the world as more people recognize the importance of incorporating nature into our everyday urban world. At Good Earth Plant Company and GreenScaped Buildings, we couldn’t be happier to see this trend.

One of our Good Earth Plant Company employees recently took a trip to Shanghai, China as part of a course at San Diego State University. While there she saw many examples of living walls and other ways China’s largest city found ways to bring nature closer to the people living there.

Here are some of my favorite examples of amazing living walls around the world.

One of two living walls at the airport in Edmonton, Alberta, Canada. Photo: Courtesy Green and Grey

This wall is one of several at the new Edmonton International Airport north of the border in Alberta, Canada. It was designed and constructed by the Canadian company Green Over Grey based in Toronto. The company calls its work at the airport “living paintings.” 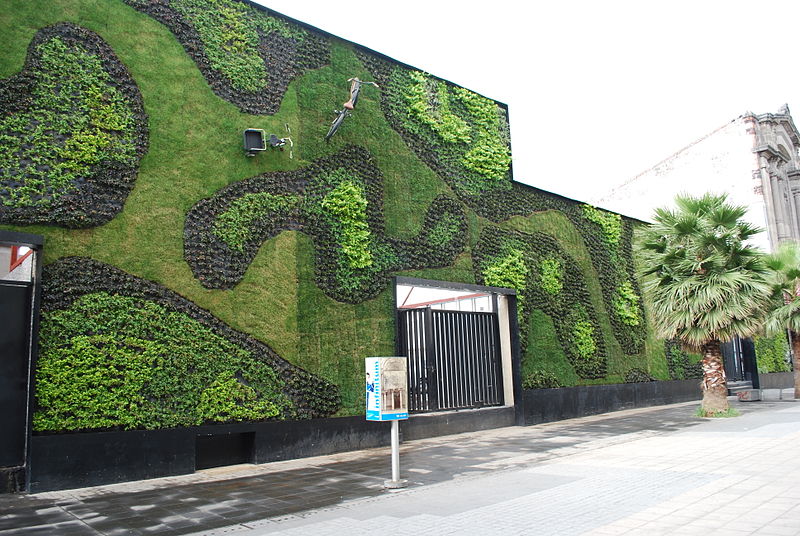 This living wall is at one of Mexico City’s largest universities.

This green wall is at the Universidad del Claustro de Sor Juana in the historic center of Mexico City.  Photo: Wikimedia Commons. 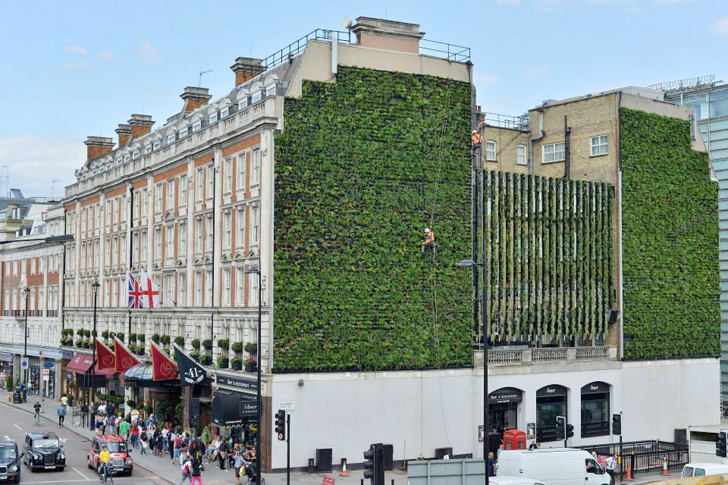 Rule Britannia! This living wall is right in the heart of London, England on the side of a hotel.

London’s largest living wall covers 3,700 square feet on the side of a boutique hotel in the Victoria area. There are ferns, flowers and herbaceous plants anchored by 16 tons of soil. It was finished in August 2013. 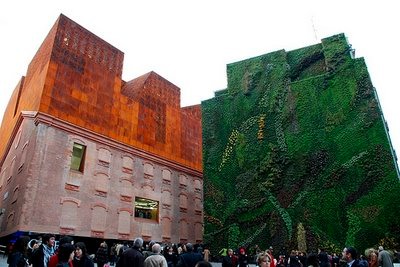 This living wall at a Madrid museum has become one of its most popular attractions for visitors.

This large living wall is on display at Madrid’s newly opened CaixaForum museum. It is 78 feet high and takes up one wall of the square in front of the building. It has 15,000 plants of 250 different species and has become an instant drawing card to the area. 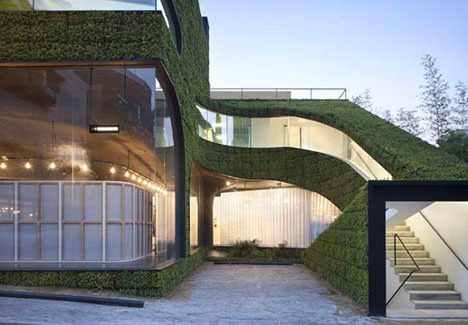 Shop in style when you visit Seoul, Korea and this upscale clothing store with a four-story living wall.

This wild living wall grows on the four story high façade and interior walls at the Ann Demeulemeester fashion clothing store in Seoul, Korea. It is designed by the Korean architect firm Mass Studies. It is planted with grasses and clover in artificial textile sheets.