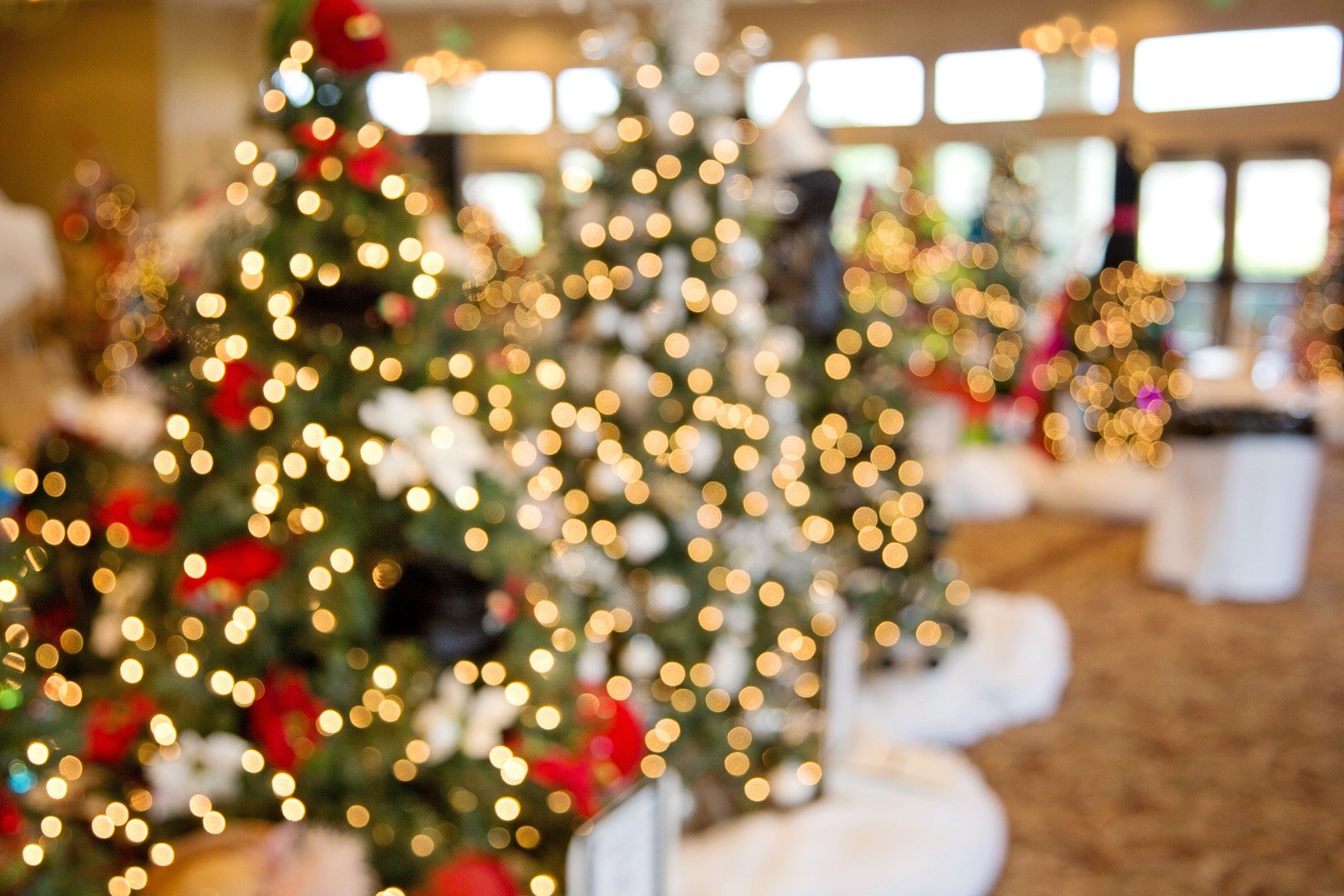 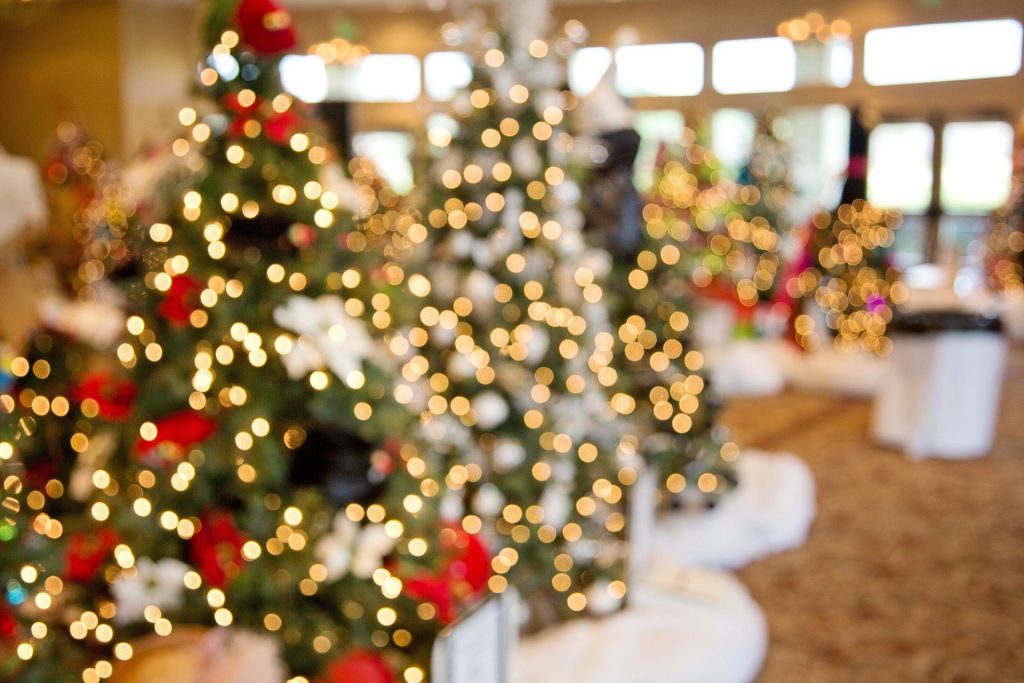 How much do you know about Christmas tree trivia? Find out in our blog post! Photo: Pixabay

Whether you choose a real fresh cut tree or an artificial tree, the tradition of having a Christmas tree is a wonderful example of biophilia and biophilic design. Especially in places where people need to stay inside during the winter out of the cold, bringing plants inside feeds our biological connection to Nature.

We’ve discussed the pros and cons of living vs. artificial trees before, and you’re welcome to review the reasons here.

Whichever you are #TeamReal or #TeamFake this year EVERYONE is staying inside more due to the coronavirus pandemic. People eagerly put up their Christmas decorations and trees early and doubled down on their efforts. 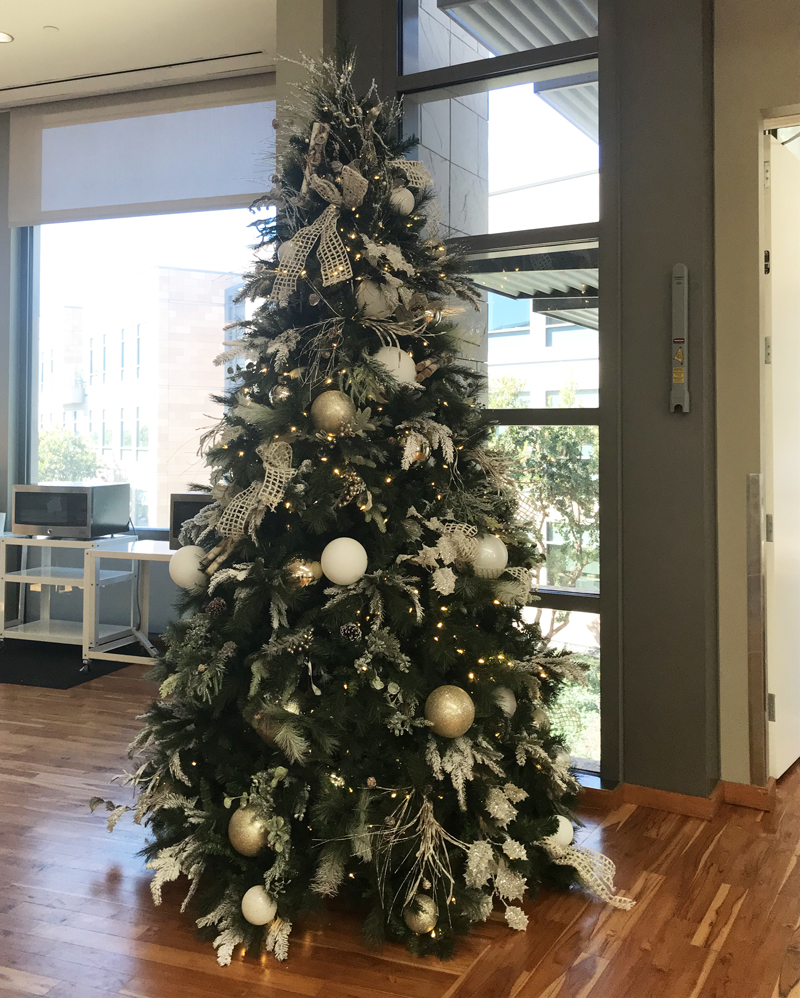 The Christmas tree created for our client Illumina.

When did human beings first decorate with trees indoors?

Ancient peoples hung evergreen boughs over their doors and windows. In many countries, it was believed that evergreens would keep away witches, ghosts, evil spirits, and illness.

Where did the modern Christmas tree tradition first start?

Germany is credited with starting the Christmas tree tradition as we now know it in the 16th century when devout Christians brought decorated trees into their homes. Some built Christmas pyramids of wood and decorated them with evergreens and candles if wood was scarce. It is a widely held belief that Martin Luther, the 16th-century Protestant reformer, first added lighted candles to a tree. Walking toward his home one winter evening, composing a sermon, he was awed by the brilliance of stars twinkling amidst evergreens. To recapture the scene for his family, he erected a tree in the main room and wired its branches with lighted candles.

When did Christmas trees first come to America?

The first record of one being on display was in the 1830s by the German settlers of Pennsylvania, although trees had been a tradition in many German homes much earlier. The Pennsylvania German settlements had community trees as early as 1747. But, as late as the 1840s Christmas trees were seen as pagan symbols and not accepted by most Americans. 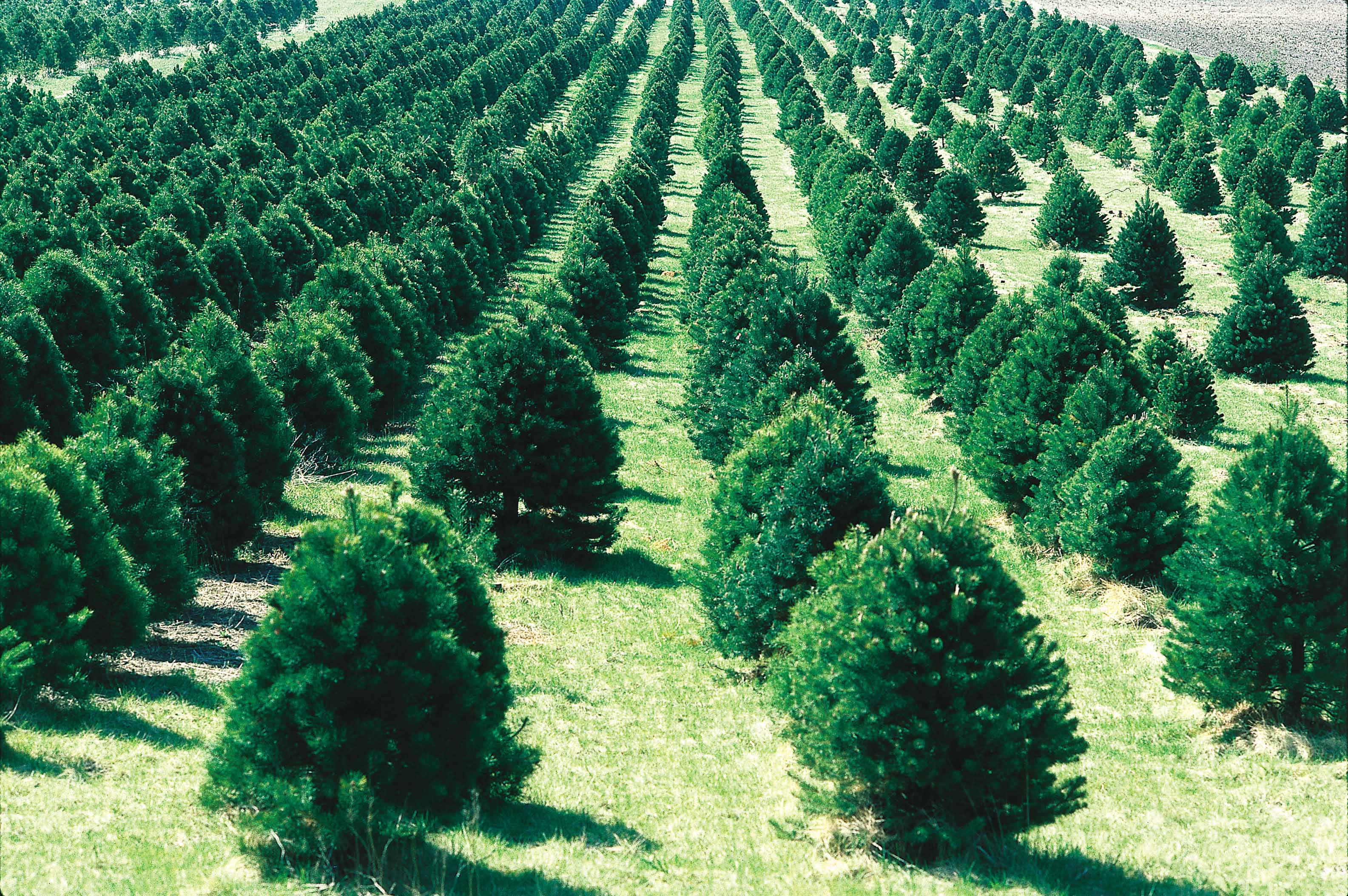 How many of the 50 states grow Christmas trees?

Trick question – ALL of them! Yes, even in Hawaii. There are more than 15,000 Christmas tree farms in the U.S.

Which states grow the most Christmas trees?

Which types of Christmas trees are the most popular? 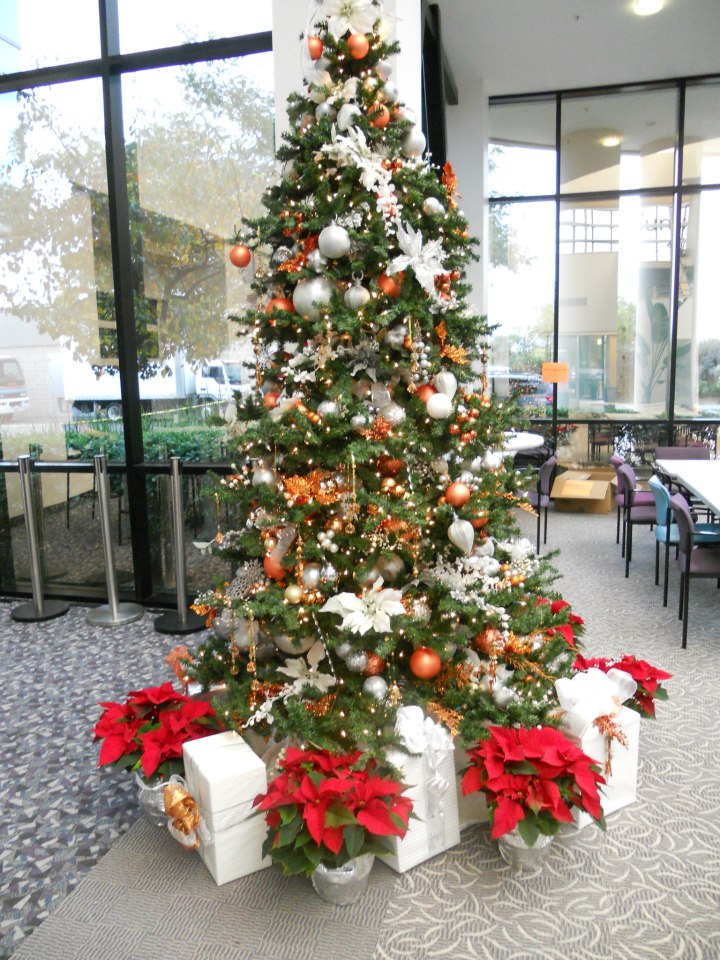 One of the Christmas trees created by Good Earth Plant Company in 2016.

When was the first Christmas tree sold in the US?

Christmas trees have been sold commercially in the United States since about 1850. The first Christmas tree retail lot in the US was started by Mark Carr in New York in 1851. 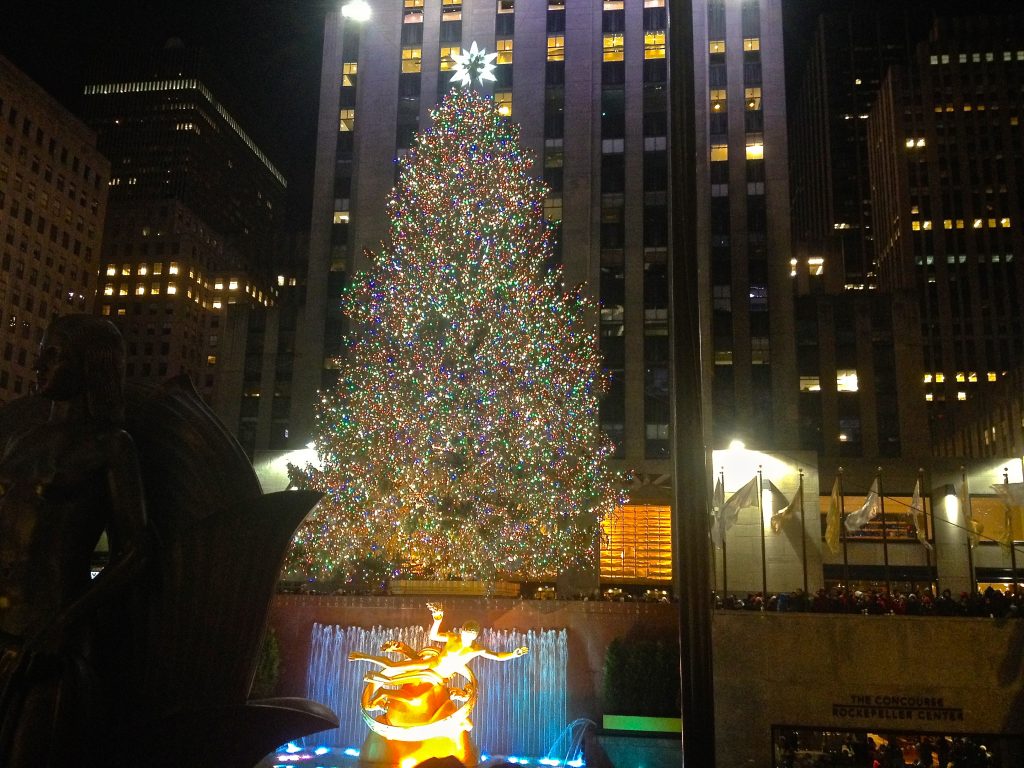 Is the Rockefeller Center Christmas Tree the tallest one in the US?

No – The tallest Christmas tree is believed to be the 122-foot, 91-year-old Douglas fir in the town of Woodinville, Washington.

Which US President first put up a Christmas tree in the White House?

Franklin Pierce, the 14th president, put up a Christmas tree in 1833. However, there are other credible sources stating it was actually fact, President Benjamin Harrison‘s who had the first indoor tree either in 1888, 1889, or 1891. 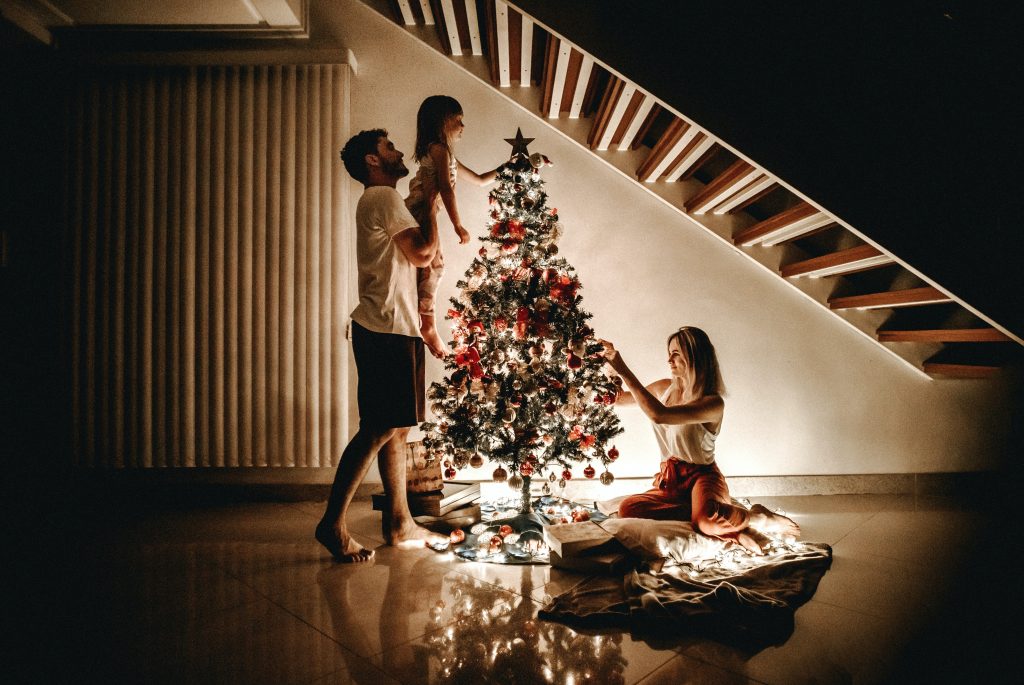 Decorating the tree started in Latvia in the early 1500s, but not with ornaments and tinsel. Food was used to decorate a tree. Gingerbread, sugar candy, apples, nuts, and berries were placed or tied onto the boughs for the family to eat.

Who came up with the idea of adding lights to the Christmas tree?

Inventor Thomas Edison’s assistants came up with the idea of electric lights for Christmas trees.

Why is the City of Boston’s Christmas tree considered special?

The annual Boston Christmas tree is donated to the city by the people of Nova Scotia, as a goodwill gesture for offering help during a 1917 ship explosion that leveled part of the city of Halifax and killed nearly 2,000 people. It was the largest manmade explosion prior to the atomic bomb. When word went out asking for help, doctors, nurses, aid workers and supplies hurried to Halifax from Boston by train, fighting through a horrible snowstorm. When in Halifax, to cheer up the community, the workers hung lights on surviving trees and homes. The following year in 1918, the people of Halifax sent a Christmas tree to the people of Boston as a thank you. In 1971, the tradition was revived, and Halifax has provided the city of Boston’s tree ever since.

We wish all our readers a warm and safe holiday season. Brighter days are ahead! The team at Good Earth Plant Company looks forward to continuing our mission to enrich your life with plants in 2021.