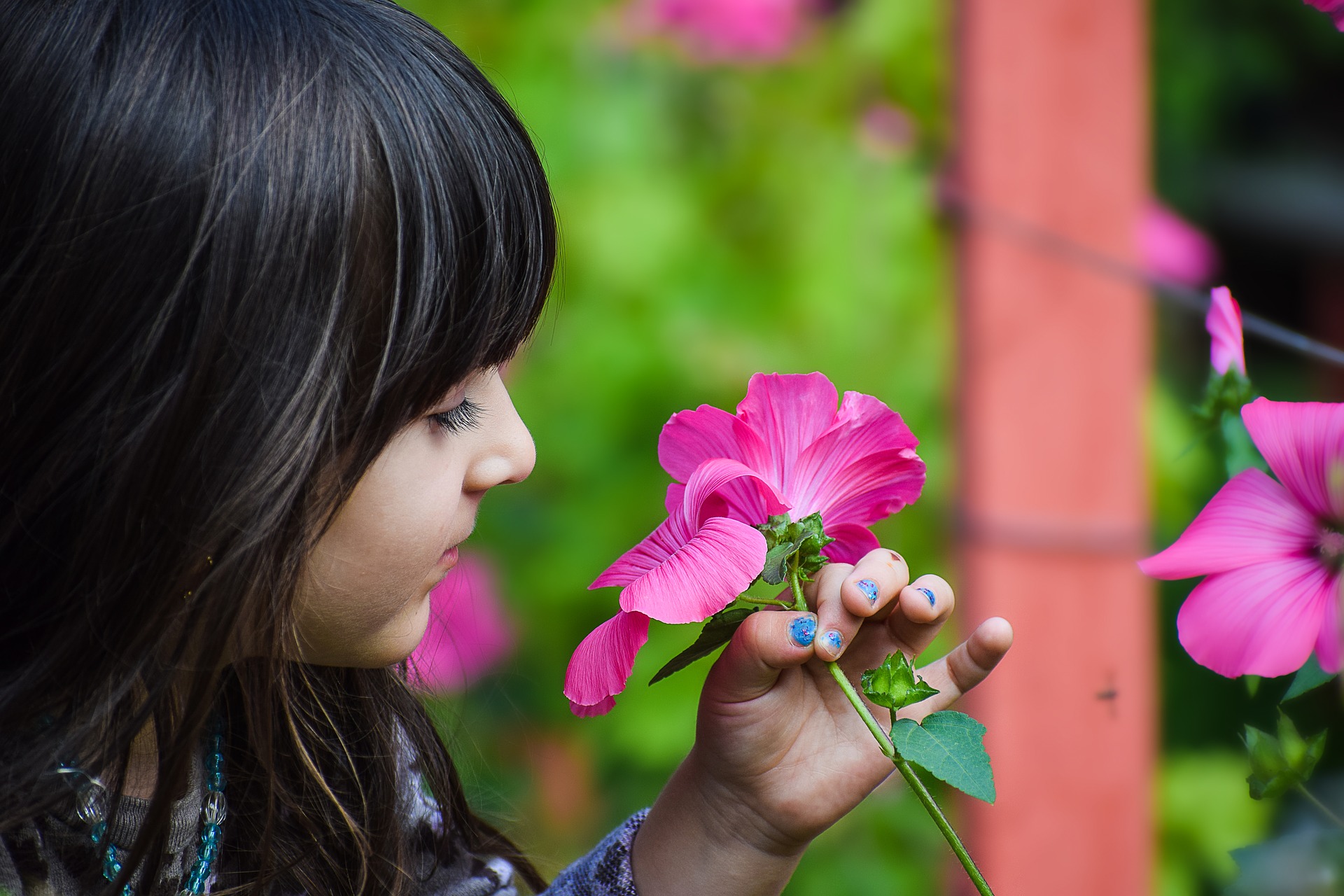 The Swedish furniture company IKEA decided to perform an experiment designed to raise awareness among students about bullying. Two identical potted plants were placed in a school. Both received the same light, water, and fertilizer for 30 days. The only difference: students were instructed to verbally compliment one plant, and bully and insult the other pla.

Students said things like “You make me happy” to the one plant, and “You look rotten” to the other.

The plant that received compliments looked healthier and grew nicely, but the bullied plant didn’t look good and had dull, browning leaves.

Does this prove plants have feelings? IKEA hopes to replicate the experiment at other schools.

It reminds me of a book I read 30 years ago. It made a big impression when it was first published in the late 1970s. Authors Peter Tompkins and Christopher Bird claimed in “The Secret Life of Plants” conducted experiments to see if plants could feel pain, could communicate, or had senses similar to human beings. Were plants sentient and conscience beings?

Remember, this was the 1970s. People completely bought into the idea this must be true, even though no one could reproduce the results of the experiments in the book.

But scientists remained interested in whether plants had ways of communicating or senses completely different from human beings. Plants interact with their world. They sense and react to light and heat, and they are affected by the lack of food and water just like we are. By learning more about how this works, it helps human beings better manage agriculture and our environment and apply this information to our own lives. 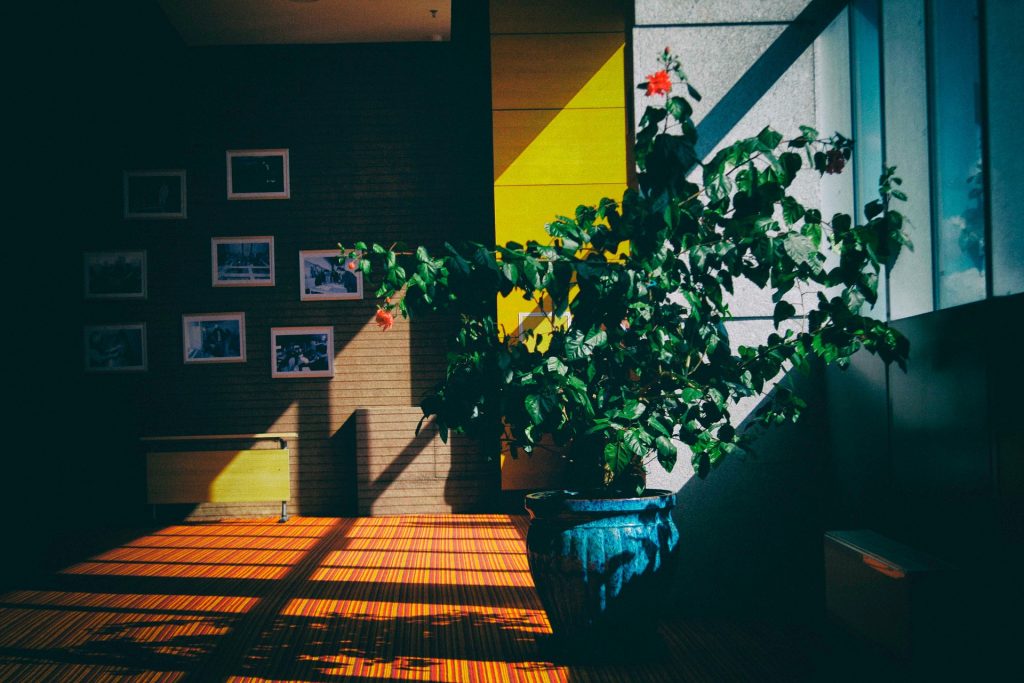 Plants don’t have eyes, that is obvious. But do they have ways of seeing? Yes! Photo: Stocksnap/Creative Commons license

Plants don’t have eyes, but plants know when it’s light and dark. They also know when there is more light during the day – this is how plants understand when seasons change. This concept is called “photoperiodism” – which is how the length of daytime hours versus nighttime hours controls the response to the seasons. This includes when plants decide to grow or to flower. Plants have hormones such as florigen, a biological flowering signal. Florigen reacts to the amount of light a plant receives.
So you might like to think a daffodil “knows” when the seasons change because it sees the days get longer. But a plant does sense more light it receives, and it responds to the positive environment for growth.

Believe it or not, scientists now believe plants can perceive different colors. Human beings relay on photoreceptors in their eyes called rods and cones. Plants have photoreceptors that react to sunlight. There are at least 11 different types of photoreceptors in plants. We have only two! These have developed in plants because the perception of light and light quality is so critical to a plant’s survival.

Can plants hear or smell things?

If plants can see, can they hear or smell? There have been several studies, and in limited ways, certain plants can detect specific defensive chemicals or hormones to help them fight off predators such as insects. 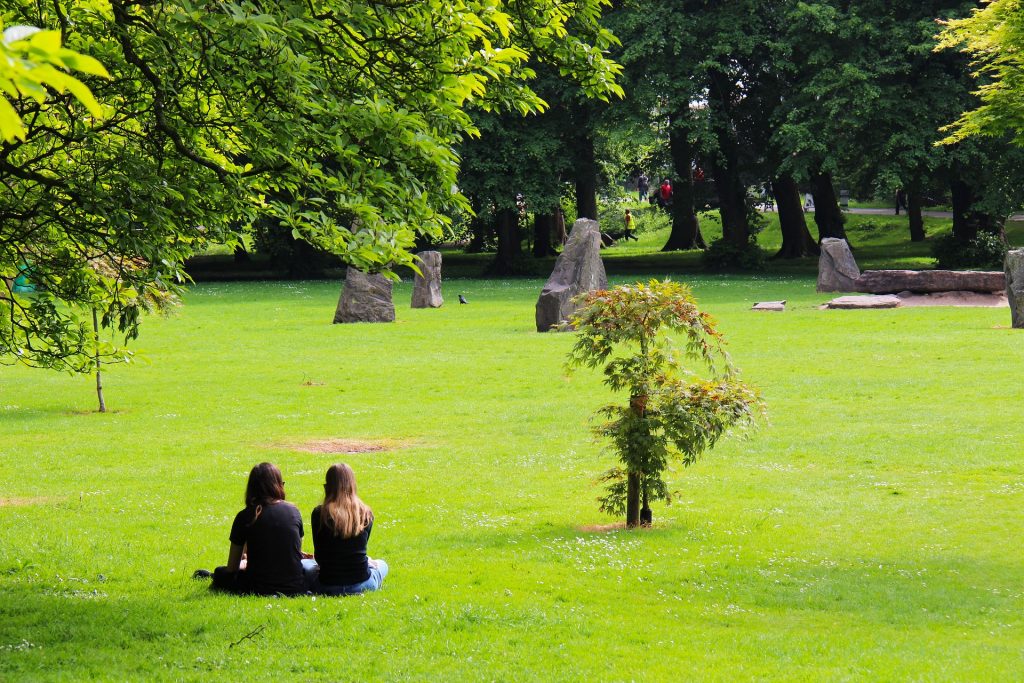 Are plants having conversations behind our backs? Not in a way we understand. Photo: Teri Makasih/Creative Commons license

Can plants communicate with each other?

Studies with bean plants show plants can “warn” other plants about threats from fungus or predators like aphids. They don’t “talk” to each other, but they do send signals by generating protective chemicals, which neighboring plants can perceive, process, and understand. Those plants then start producing the same protective chemicals in response to the threat. For people involved in agriculture, the next step is to figure out whether we can product plants that help “guard” a whole commercial crop from threats by producing early warning chemicals for their neighbors?

Plants seem to have developed a unique form of communication in the ground that lets them tell one another what nearby plants are doing. Earlier studies prove fungus helps tree roots communicate in sort of a ‘fungus internet’ for trees. A Swedish University of Agricultural Sciences study found the growth behavior of corn could be driven by chemical secretions left in the soil, released by nearby plants.

Human beings have such a profound affect on our planet including the plants living on it. We are responsible for agriculture, deforestation, and climate change. It forces plants to adapt to the conditions we are creating. Sometimes they aren’t able to stand the stress. This is something we share with plants. It’s wise for us to keep studying plants and how they are evolving for a clue to how we might be evolving.

Maybe there is a secret world of plants talking and understanding each other in an alien way beyond our human perception we can’t understand or figure out. But there is one thing I know for sure. If plants can make our environment more pleasant and less stressful, maybe we will treat each other with more caring and respect. Maybe we can avoid bullying each other. In that way, plants CAN communicate positivity to all of us. I’d call this a valuable message any of us can understand.