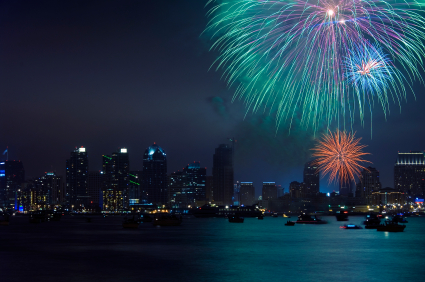 In April 2010, San Diego Magazine named me one of four regional “Eco-Warriors.”

Since then we’ve affectionately adopted the name on our business cards and uniforms. We are all “Eco-Warriors” at Good Earth Plants and our sister company GreenScaped Buildings. My son Ted Photoshopped my head onto Superman’s body complete with a flowing green cape, shorts and boots, giving us an endearing image of what an Eco-Warrior might look like. 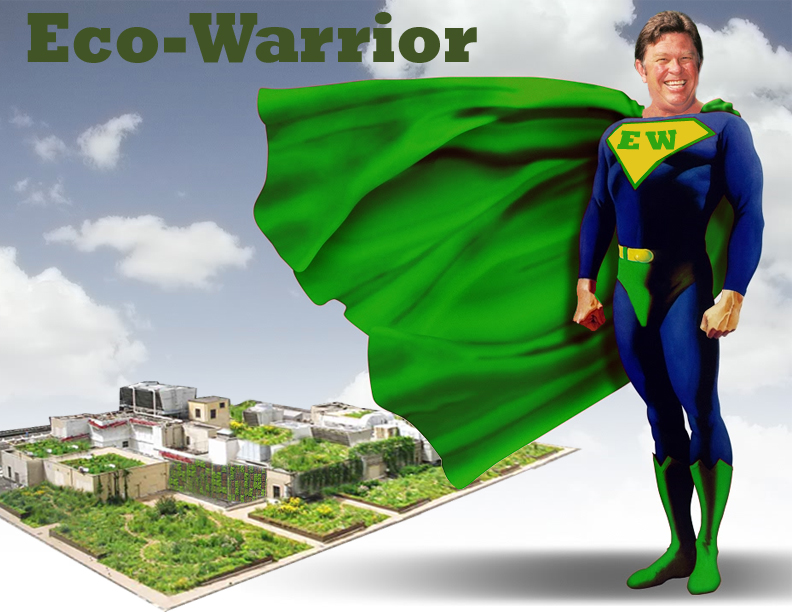 Jim Mumford, AKA the Eco-Warrior Photoshop artwork by Theodore Mumford

It was his challenge of the La Jolla Fourth of July fireworks display that caught my attention. For as many years as I can remember, I’ve enjoyed watching fireworks over La Jolla Cove and other ocean and bay locations along the San Diego County coastline, thinking they were perfect safe because there is only water and nothing to catch fire.

I had never thought much more about it, and initially took the stance that Marco was unpatriotic and just causing trouble.

But we DO need to think about it. La Jolla Cove is a protected underwater sanctuary. Fireworks are made up of chemicals. Why wouldn’t the residue and by-products be potentially harmful to the environment and its sea life? What about the exploded “parts” of fireworks that fall into the water?

At the very least I agree with Marco on this: Conduct the studies to prove that it is safe and comply with the California Environmental Quality Act.

This past week I was in Lake Tahoe on a quick get-away. There were ads for “fireworks over the water.” I couldn’t help but wonder, where is Marco to protect the pristine water of Lake Tahoe?

Do we really need fireworks displays over our bays and ocean on July 4 to show that we are patriotic?

Don’t get me wrong. I love fireworks and would forever feel that something was missing from summer if they were banned. I just want to be sure that they are safe, both from an environmental standpoint and more importantly, preventing wildfires.

It doesn’t take fireworks over the ocean for someone to express their patriotism. We have a lot more options on July 4th and every day.