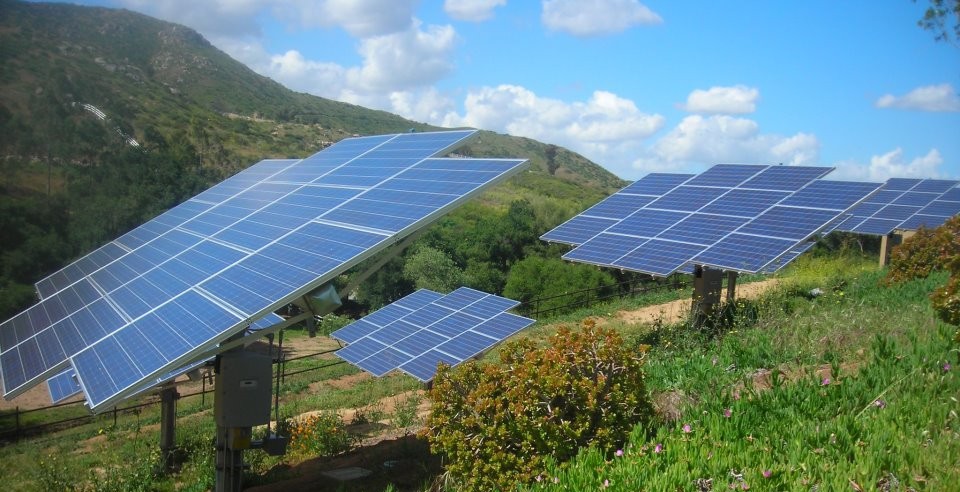 When I had my first Eco-Warrior “a-ha!” moment at Good Earth Plant Company, it resulted in building the first commercial green roof on a building in the City of San Diego. You never forget your first! We have built several green roofs in the decade since then, from private homes in Del Mar and Encinitas to the “Fallen Star” art installation at UCSD, to the spectacular green roof at Sharp Memorial Hospital in Kearny Mesa. 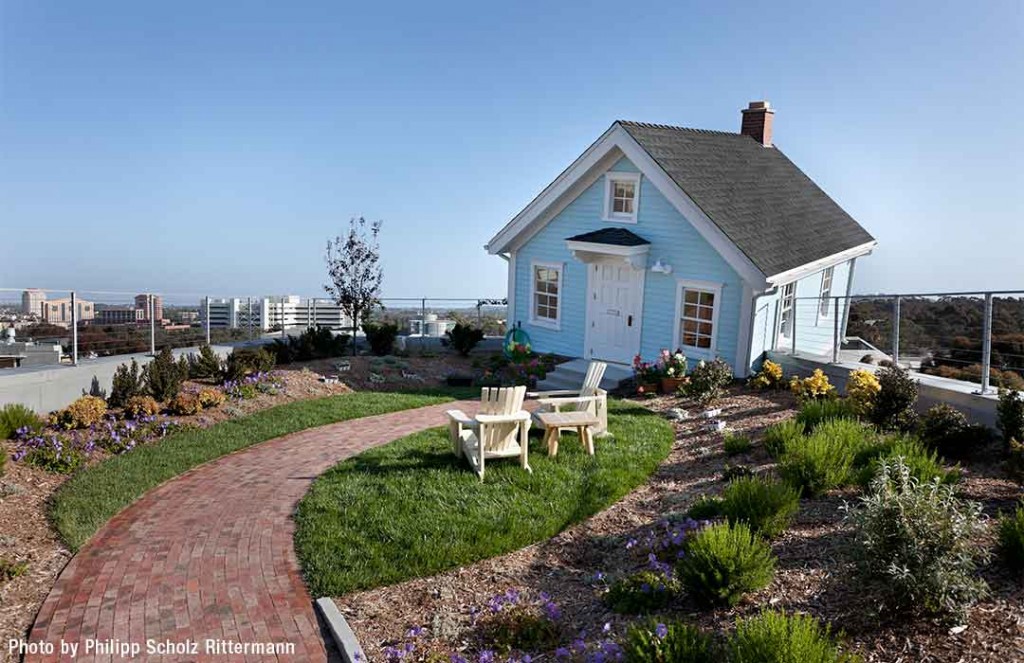 Yes, this is a green roof. It’s the art installation called “Fallen Star” constructed in 2013 on top of a multistory building on the UCSD campus. Photo: Philipp Scholtz Rittermann

We love everything green roofs stand for at Good Earth Plants. Although a green roof requires a significant upfront investment for the construction and the need to irrigate it, a green roof can be expected to double or triple the life of the underlying conventional roof by protecting it from damage due to debris, UV radiation and expansion and contraction. This in turn minimizes construction waste in our landfills. The many positive long-term benefits of green roofs are worth balancing against the initial investment in irrigation.

Investments in green roofs are still limited in San Diego, but we’re going gaga for solar panels. A report published this week by the solar energy referral company Modernize for the San Diego Union-Tribune based on numbers from the California Solar Initiative shows San Diegans are taking advantage of our abundant sunshine and going solar in a big way. 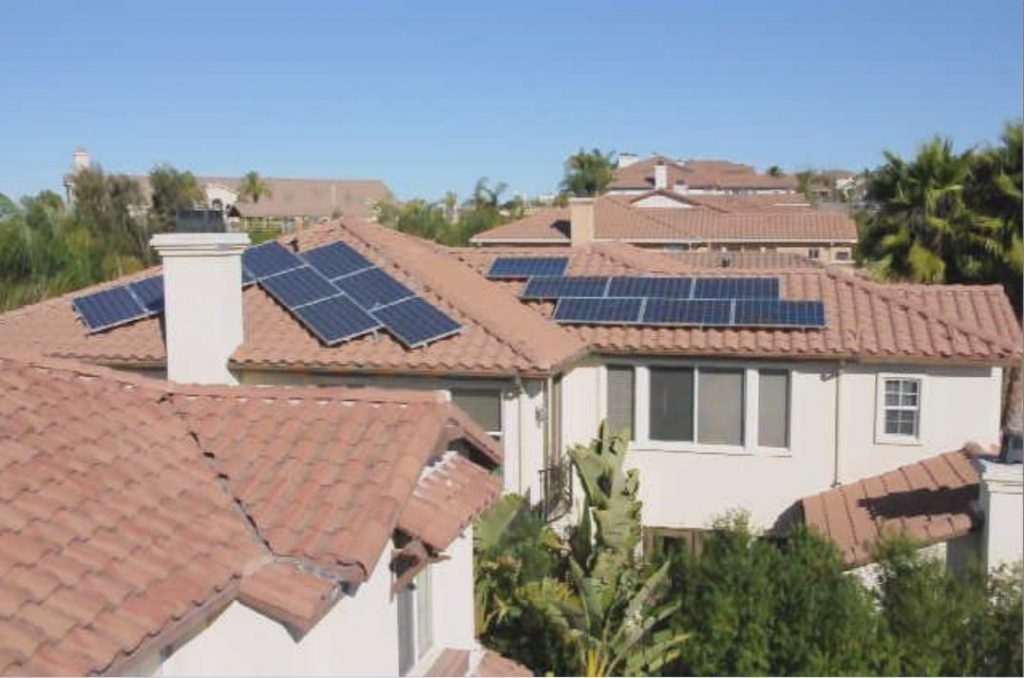 The amount of kilowatts from rooftop solar installations in San Diego County started to spike around 2008 and is projected to reach 171,000 kilowatts of capacity by the end of this year. As expected, solar power installations are concentrated in the inland zip codes. The top ten are Poway, Ramona, Fallbrook, Lakeside, Black Mountain Ranch area, Rancho San Diego, El Cajon, Carmel Valley, Carlsbad, and Scripps Ranch. In these areas, air conditioning can run up residential utility bills so there’s a big incentive to go solar.

Solar energy reached a significant milestone at the end of November. According to San Diego Gas & Electric, it has now connected more than 100,000 private, rooftop arrays to the power grid.

If you like the idea of saving money and saving the environment at the same time, go green when you go solar. Green roofs and solar panels make perfect partners.  A green roof can improve the efficiency of your solar energy system by as much as 16 percent.

The City of San Francisco recently passed legislation requiring all new construction projects to have at least 30 percent green roofs and/or solar roofs, or any combination of the two. It is the first requirement of its kind for any American city. Pending a ratification vote by the County Board of Supervisors, the law will take effect January 1, 2017.

Let’s hope the effort in San Francisco is as successful as in Toronto. Toronto was the first North American city to require and govern the construction of green roofs on new development. The law was adopted by Toronto City Council in May 2009 and applied to new industrial development as of April 30, 2012.

A green roof with about four inches of growing media (referred to as an “extensive system”) may reduce a building’s cooling needs by 25 percent and prevent heat loss by 26 percent. This can be a substantial energy savings as every one degree Fahrenheit can reduce electricity use for air conditioning by eight percent.

So if you consider solar panels and green roof elements together, you’ll achieve your highest reduction in electricity use while also cooling your own residence or business and the urban-heat island effect overall. Your roof ends up providing benefits to your surroundings too. Lowering temperatures overall means lower energy consumption by turning down air conditioning.

We must take advantage of solar energy’s momentum to reduce electricity use in California, since our state generates a significant amount of its electric power through hydro-produced electricity. The amount of hydroelectricity produced varies each year and is largely dependent on snowmelt runoff and rainfall. During our recent drought years, when rain and snow is in very short supply, reducing energy use lessens the need to find ways to fill in the gaps by generating electricity that involves burning fossil fuels. 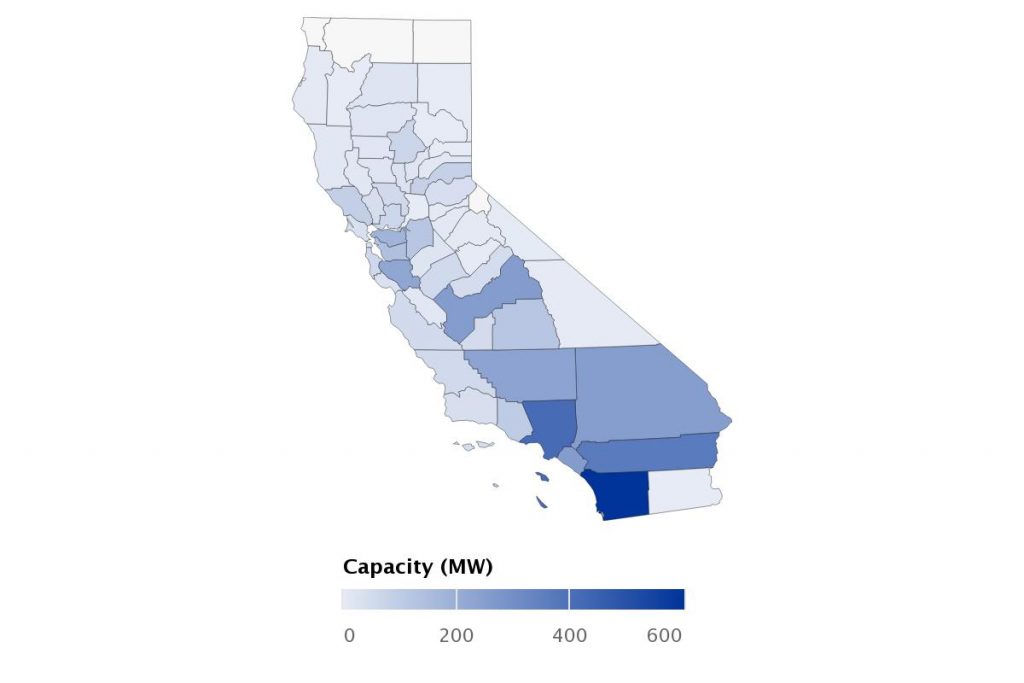 As of September 30, 71 percent of all solar energy capacity statewide comes from residential projects. In San Diego, which generates more solar energy than any other county in California, residential ownership is 85 percent.

This is the great news. San Diegans get it. They are taking advantage of the extended rebate programs and the net-metering that (for now anyway) lets you sell your extra energy back to the grid. So why not take it one step further and increase your benefits? Go green on your roof when you go solar.

And keep this in mind: a green roof is the only part of a building that improves with age. Everything else deteriorates!

Want to talk about it? Give us a call at Good Earth Plant Company and GreenScaped Buildings and we’ll figure out what works for you.