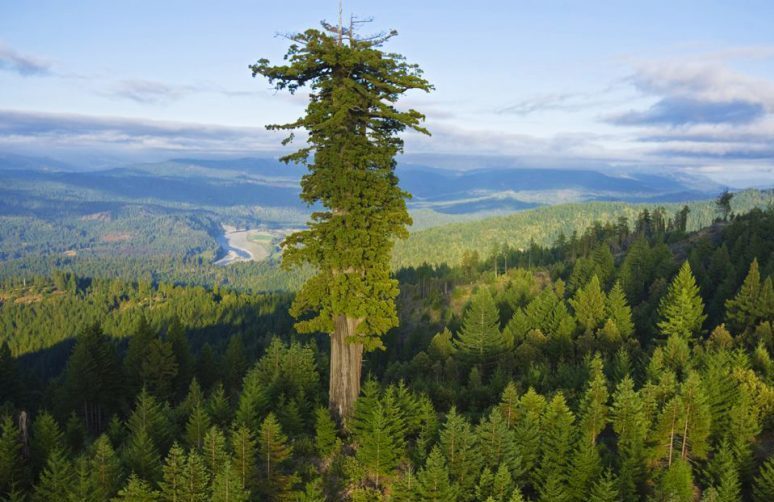 Regular readers of my blog know how much I love trees. The simple act of planting a tree is one of the most valuable things you can do for the planet. One of my first blog posts ever (in 2013) was about treehouses. In 2015, it upset me to learn Caltrans was cutting down mature trees to make way for freeway expansion. 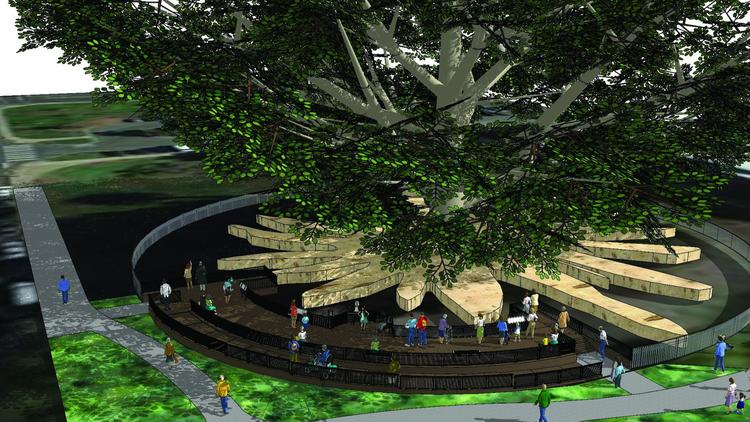 This artist’s rendering depicts the proposed viewing platform around the huge Moreton Bay Fig tree next to the Natural History Museum in Balboa Park. Photo: Pat Caughey/Friends of Balboa Park

So I was happy to hear about plans to protect the health of Balboa Park’s huge Moreton Bay Fig tree next to the Natural History Museum. This tree and I go back a long way. One of my only real jobs before opening Good Earth Plants was working for the Natural History Museum, where I took admission tickets. I was in school at the time, and for one of my art classes, I drew the winding roots of the tree.

The tree is in great health at 104 years old, but its roots are a little fragile. The Friends of Balboa Park is proposing to build a viewing platform around the tree to protect it while giving people access to the tree (and getting rid of an ugly chain link fence). Right now, the tree is fenced off. Visitors are kept 65 foot away from the base of the tree. 2020 UPDATE: The plan is still in place but on hold due to cost and labor issues.

If you’ve lived in San Diego a long time, you might remember climbing around the tree’s roots and lower branches. But we loved the tree nearly to death and in 1989 people were no longer allowed close to the tree.

This fig is San Diego’s biggest and most popular tree. It’s nearly the biggest Moreton Bay Fig tree in the entire state of California at 78 feet tall, with a canopy of 123 feet across. The other big ones are in Santa Barbara and Glendora. 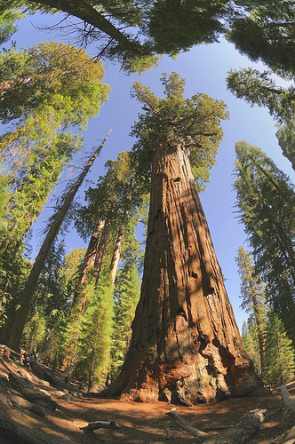 The General Sherman sequoia is one of the most famous trees in the world. Photo: Yathin/Flickr – Creative Commons License

But it’s not the biggest tree in the world or even in California. Most of us know the largest individual trees by total volume are the giant sequoias in Northern California. Their average height is TRIPLE the height of Balboa Park’s big fig. Their average is between 230 and 279 feet high, and 20 feet in diameter. The largest single sequoia standing is the General Sherman tree – 275 feet high. It weighs well over four million pounds, and it’s estimated to be between 2,300 and 2,700 years old.

The Hyperion tree is the tallest tree in the world.

Coast redwood trees found along our Pacific coast are actually taller with an average height of 350 feet, but they aren’t as large in volume. One single tree, called the Hyperion tree, is a stunning 380.3 feet high. How do we know? A couple of Humboldt State University ecologists climbed and measured it!

Conifers also grow to be extremely large trees. The Montezuma Cypress, the national tree of Mexico, is the thickest tree. The single thickest tree is called the Arbol del Tule, located on the grounds of a Catholic Church in Oaxaca, with a diameter of 48 feet at five feet above the ground. It is considered a sacred tree.

Any of these trees would dwarf the world’s largest animal the blue whale. They weigh only one-sixteenth of an average giant sequoia or redwood.

If you consider volume, giant banyan trees in India can also claim to be the world’s largest trees. Banyan trees have networks of interconnected stems and branches which propagate from an original tree, and drop new trunks and root across huge areas. The canopy can cover a very large area. The single largest banyan tree, Thimmamma Marrimanu, covers 19,107 square meters – that’s four and three quarter acres.

How about some other examples of big plant bragging rights?

The longest vine is “Rattan Manua,” a member of the palm family found in Malaysia and Indonesia. One single stem in the Bogor Botanic Garden in Java is 787 feet long. 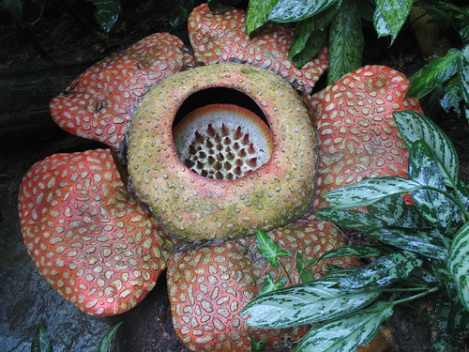 The largest flower is Rafflesia arnoldii. They can reach a diameter of three feet, and weigh 25 pounds each. While it may be impressive, it isn’t something you would ever consider presenting in a bouquet. These flowers have a horrible odor nearly as big as the flower. This is why they are also called the “Stinking Corpse Lily.” It serves a purpose by attracting pollinating insects which love it. These are an endangered plant species and efforts are being made in their native habitats in Sumatra to protect them.

See this video of an expedition to find these flowers – you won’t be disappointed.

The largest organism in the entire world isn’t a plant – or an animal. It’s the honey fungus. We used to classify fungi as plants because they grow out of the soil and have hard cell walls. But now they are considered their own kingdom and more closely related to animals than plants.

The honey fungus grows in the Pacific Northwest, in huge colonies. They are considered a menace, because they can colonize huge areas and completely destroy plant life in their path. You can see the clumps of golden brown mushrooms above ground around tree trunks. People sometimes gather and eat these like mushrooms.

Honey fungus colonize and often kill a variety of trees and woody plants by spreading rootlike rhizomorphs below the surface, looking for new hosts to infest. There is a single honey fungus covering 2.4 miles in the Blue Mountains of Oregon, which wins the prize as the largest single living organism on Earth.

For sheer majesty and inspiration, give me a tree. Looking at a tree is looking back into history. Recent studies show simply viewing trees can reduce stress levels and even lower blood pressure. Trees represent strength, stability, and optimism. As billionaire investor Warren Buffett once said, “Someone is sitting in the shade today because someone planted a tree a long time ago.”

UPDATE: Since we wrote this original blog, our readers pointed out that we MISSED an important entry! While Giant Sequoias are the world’s tallest trees and largest individual trees, the single largest plant by volume is the spectacular Pando forest of aspens in Utah. We followed up with a blog post all about these trees, too. You can read it here.

Pando is struggling to survive. It is risk from climate change and overgrazing. But there is still time to save it. See the latest in this report from the PBS News Hour.