For those of you who aren’t aware, let me save you from being in the doghouse with Mom the rest of the year. Sunday, May 8 is Mother’s Day. You’re welcome.

It’s really hard to miss it if you’re exposed to any kind of advertising. We have been bombarded for two months with advertising reminding us to buy those flowers, chocolates, and greeting cards to honor Mom.
I’ve written before about the crazy time for florists at Valentine’s Day and Mother’s Day is even crazier when it comes to flowers. The Society of American Florist reports Mother’s Day is the second largest flower holiday, accounting for 24 percent of all flowers sent annually – yes, one in four floral purchases all year long is for Mother’s Day. The top occasion isn’t Valentine’s Day – it’s Christmas and Hanukkah. Valentine’s Day comes in at 20 percent.

Two-thirds of all Mother’s Day gifts are flowers. The floral industry makes $1.9 billion just from Mother’s Day, with the average cost of a floral gift at $17. This price goes WAY up when you factor in delivery charges, which can be as high as $30-35 if you insist on having Mom’s flowers delivered on Sunday before 1 p.m.

The woman responsible for this tradition in the United States is American Ana Jarvis of Philadelphia. She began her successful campaign to establish Mother’s Day as a national holiday in 1907 on the second anniversary of her own mother’s death, the second Sunday in May. Ana and fellow supporters started a letter writing campaign and in 1914, President Woodrow Wilson made it official, proclaiming Mother’s Day as a national holiday.

Ana is also the first person to consider flowers on Mother’s Day as the ideal gift. She sent 500 white carnations to the Andrews Methodist Episcopal Church in Grafton, West Virginia to be distributed to all the mothers in the congregation on Mother’s Day. The tradition of sending flowers took root from there.

Many other countries of the world celebrate their own Mother’s Day at different times throughout the year including Great Britain, Russia, Denmark, Finland, Italy, Turkey, Australia, and Belgium. Our neighbor to the south, Mexico, celebrates “Dia de las Madres” always on May 10.

Mother’s Day is an especially popular holiday in Japan, where it has its own history as a celebration originally honoring the birthday of Empress Kojun. It officially became Mother’s Day in 1949. Japanese sons and daughters send carnations to their mothers. White is the most popular color, but a close second is the world’s only blue carnation. It is grown in South America and two million are imported to Japan every year. 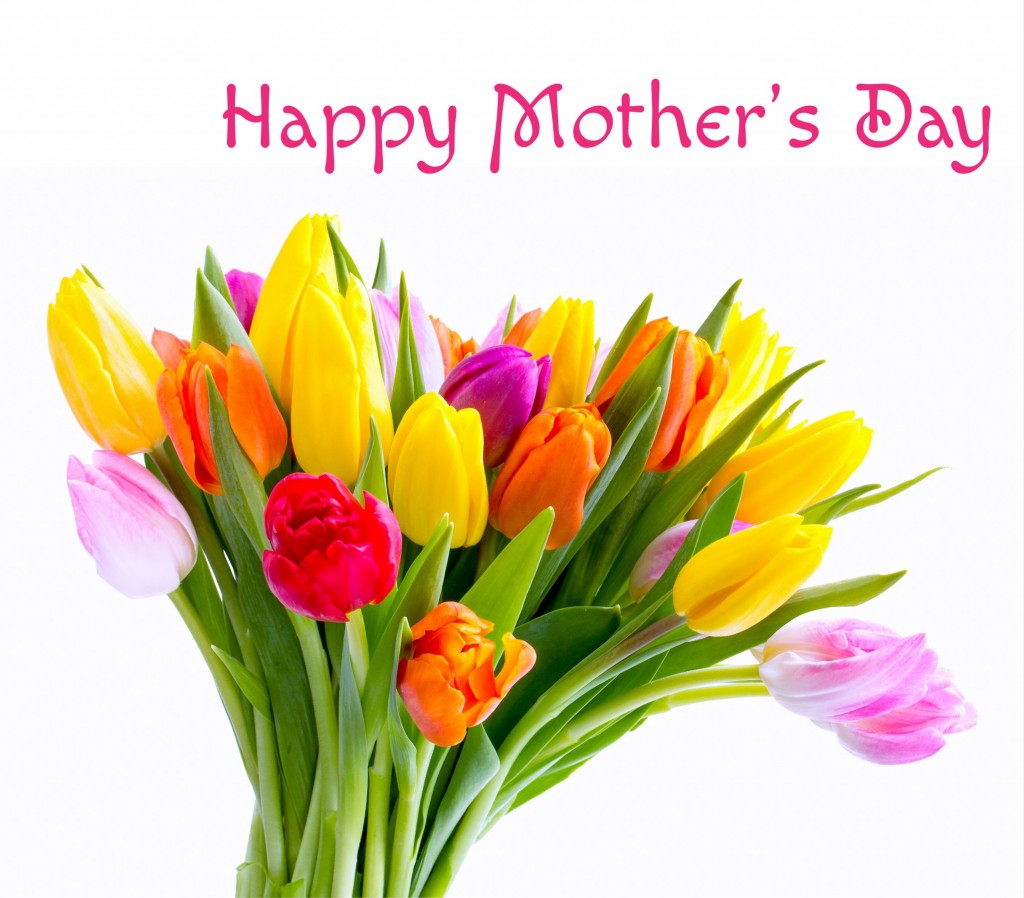 Tulips lead the list as the most popular flower grown in the United States.

At Good Earth Plant Company, we love flowers, but we love them even more if they aren’t cut flowers. Flowers are renewable at least, but they don’t last. If you must stick to the traditional, consider buying roses or tulips blooming in a small pot. They will last a lot longer than cut roses or tulips, and properly cared for with plenty of light, they will bloom for many weeks. They will also provide all the benefits of adding plants to your environment.

Or be more creative and support small business at the same time. Visit your favorite local nursery and choose a hanging basket of geraniums, a big leafy pot of herbs for a kitchen window or patio that she can cook with all summer, or buy several small plants and have your kids plant a big color bowl for Grandma. You know she will love it and your kids will learn a little something about gardening and nature while getting their hands dirty (and they will be entertained for an afternoon).

You have another option, and now it’s time for a shameless plug. Come to the annual spring Good Earth Plant Company Open House on Friday, May 6, from 1 to 4 p.m. In addition to seeing our latest green roof and living wall technology, we offer you the opportunity to purchase nursery grade plants and pots including beautiful orchids and bromeliads perfect for Mom at unbelievably discounted prices.

There is no cost, but please RSVP to alexa@goodearthplants.com Everyone on our guest list will receive a free plant at the door. Parking is limited, so please carpool is possible. Happy Mother’s Day!