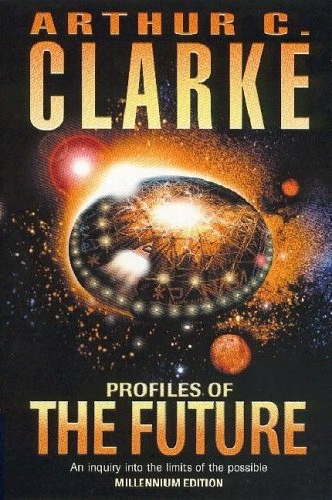 One of my daily joys is reading our local newspaper, UT San Diego. On May 13, 2013, there was an intriguing front page article by Gary Robbins about science fiction and imagination, as seen by four authors. Robbins wrote about the late Arthur C. Clarke who authored  “2001: A Space Odyssey” in 1968. And while we might look at some of the ideas in the book and movie as shocking, it sure shook up readers to think that someday we’ll be communicating with extra-terrestrials. Who could imagine?

How do these super-smart guys come up with these ideas? And how do we use our imagination to see what is POSSIBLE, rather than IMPOSSIBLE?

I long to know.

It makes you think about where you are right now. If you had an idea or just a germ of a concept for something, what would it be? How would you make it happen?

We have all seen things and thought, ”Hey! I had that idea! I should have slapped a patent on it and made a million bucks!” So why don’t we do it?

I guess our own imaginations are limited by the “what ifs” in life. ”What if people laugh? What if it doesn’t work? What if, what if, what if.”

I feel so lucky to do what I do here at Good Earth Plants. We apply our imaginations almost daily here! Our conference room dry erase board has seen so many ideas. Not limited, but talked about and planned and in some cases, seen grow for a client and end up in our nursery. Who would have imagined that we would be farming herbs in our lobby aquaponics project? And who could have believed that we would be building a living wall that reached 60 feet in the air? Or planting a roof top?

To quote UT San Diego writer Robbins about imagination “Ernest Hemingway said that it is the one thing beside honesty that a good writer must have.”

So I am going to toss out the “what ifs” and use my imagination more. And who knows what might come up?