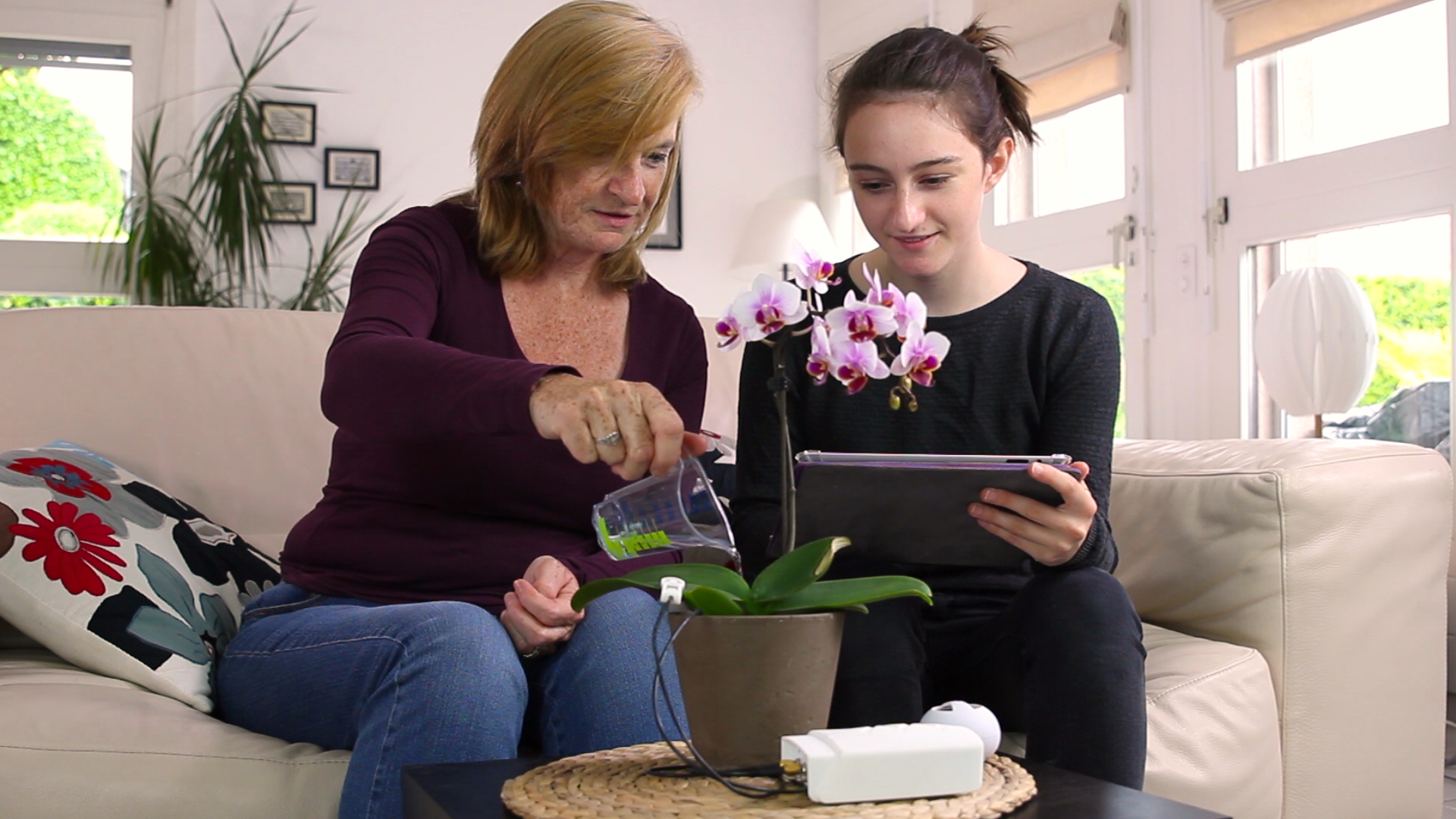 When I first got started working with plants professionally in the late 1970s, talking to your plants to make them grow better was a hot topic. Even Prince Charles said in a 1986 interview that he talked to his plants. “I just come and talk to the plants, really. Very important to talk to them; they respond.”

Some people thought it was pretty hippie dippy, but others took it seriously including a lot of scientists, long before the 1970s fad. German researcher Gustav Fechner wrote a book about it in 1848. Electrical signals in plants were discovered over 100 years ago, in 1873, by British scientist John Burdon-Sanderson. Penn State horticulture department chairman Rich Marini says there is evidence to suggest plants respond to sound and other stimuli in a positive way. “Wind or vibration will induce changes in plant growth. Since sound is essentially vibration, my guess is that vibration is causing a response.”

We shouldn’t be too surprised then to learn a company is trying to make money based on this idea. The company is called “Phytl Signs” (pronounced FIGHT-tall), started by Swiss developers who say they have created the first device which will let you decipher what your plants are saying to YOU. The company began a Kickstarter campaign a few months ago and as of publishing this blog post was halfway toward their $77,000 goal with 131 investors. (Not me, for the record). 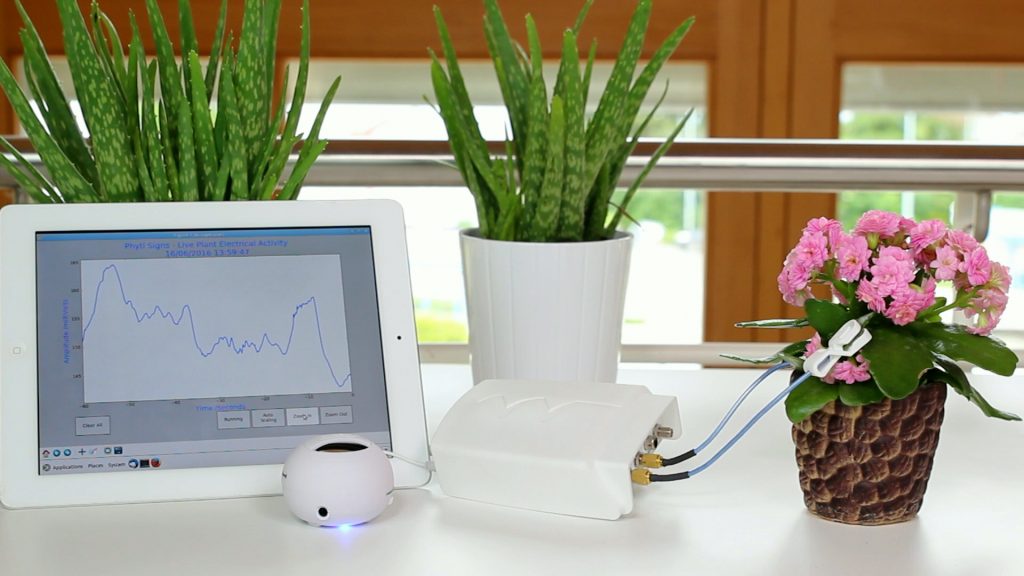 Can plants communicate? A startup company called Phytl Signs thinks it has a way to help humans decipher plant communication through electrical signals.

Phytl Signs co-founder Nigel Wallbridge says his device works by amplifying the electrical signals plants use to communicate internally, allowing human beings to “hear” them through a speaker, or “see” the language through an app. You can water your plants and then use the device to observe the electrical signals and see how the plants are reacting. It’s a form of signal processing, a whole field of science several hundred years old that really took off in the 1940s and 1950s.

Wallbridge says you can tell if your plant is under attack by pests, thirsty, oxygen starved, or getting too much or too little light. “Understanding what our plants are saying is exciting for everyone – from those who would like to take better care of their plants, to those interested in the environment, sustainability, the future of food production and open agriculture… the possibilities are far reaching.”

Wallbridge explains the concept here in this Phytl Signs video:

I’ve worked around plants all my life and had plenty of conversations around them, in front of them, and with them. I never had one answer me in words, which is a good thing because I probably would have freaked out. Particularly after threatening a difficult plant with a trip to the compost pile! But words are not the only way living beings communicate. If we broaden the concept of “communication” to include physical responses, electrical signals, and other forms of information we might not understand yet, why wouldn’t plants communicate in some way? 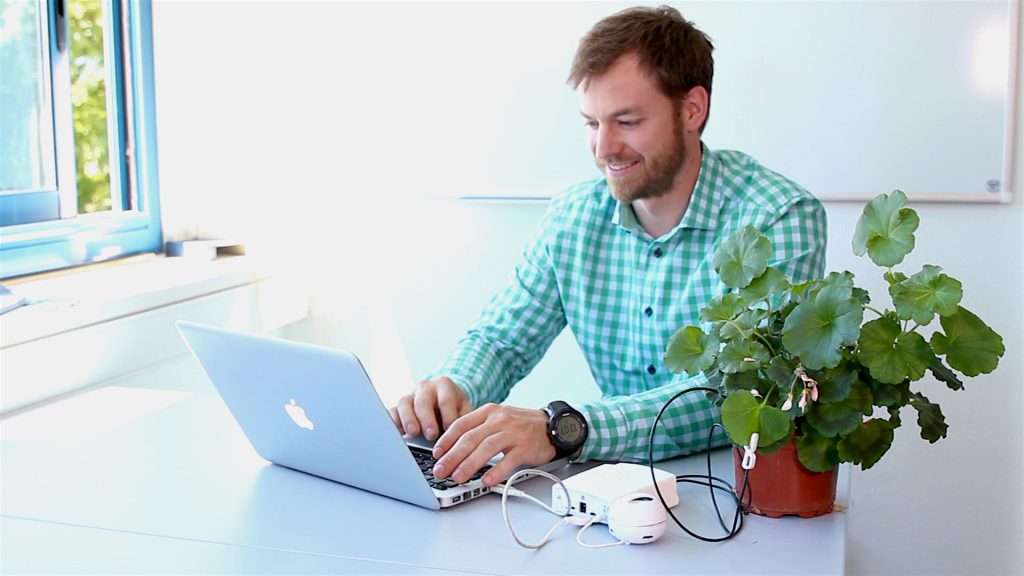 Can plants communicate? A startup company called Phytl Signs thinks it has a way to help humans decipher plant communication.

Another theory is that plants don’t really respond to people talking or even singing to them, but that people who would take the time to communicate with their plants are paying more attention to them and take better care of them.  Whatever the cause and effect is, it’s worth studying. Maybe you think it’s worth funding this Kickstarter campaign. Whatever you believe, make sure your plants aren’t saying to you, “Hey, stop neglecting me!” by their dying leaves, yellow spots, or insect infestations. And if you need a plant interpreter, all of us at Good Earth Plant Company are here to translate.