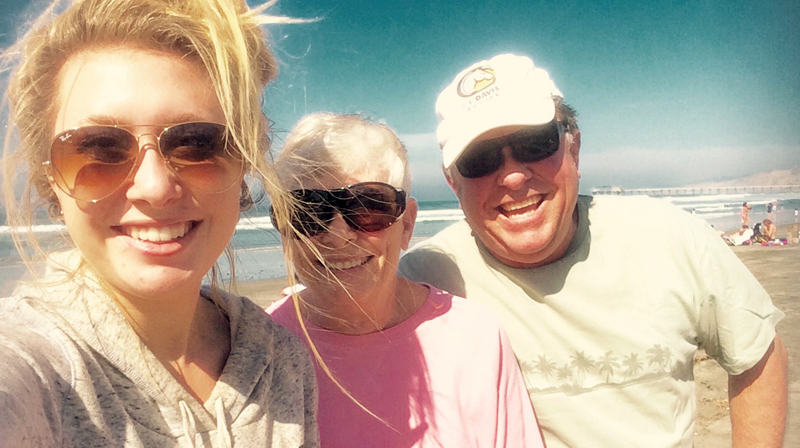 The Millennial Generation is full of pleasant surprises. No, I’m not being sarcastic!

I know the Millennials pretty well through my son Ted and my daughter Allie, their friends, and plenty of my employees and colleagues I meet at conferences and meetings.

Three generations of Mumfords: (L to R) daughter Allie, Mom, and yours truly.

It is a big mistake to stereotype Millennials or dismiss them. They are the largest single generation in the United States today, 75.4 million people between ages 20 and 36. There’s no way 75 million people are alike enough to agree on anything or act a certain way. But people follow trends and when that many people go in a particular direction, we need to pay attention.

I read a recent article in the New York Times by Alan M. Berger, a professional of landscape architecture at the Massachusetts Institute of Technology (MIT). He studies urban and suburban development. 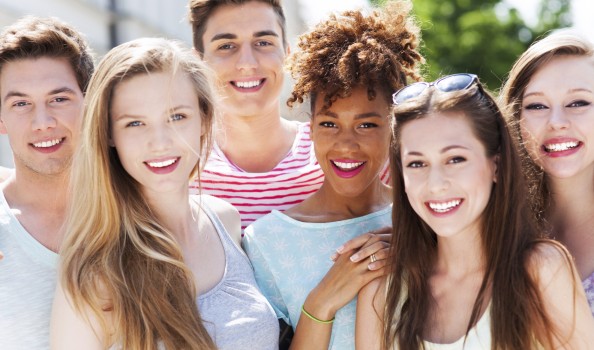 Millennials are not a one size fits all generation.

It turns out the 25 to 29 year old age group is 25 percent more likely to move from the city to the suburbs, and older millennials are more than twice as likely. They aren’t burb averse hipsters who want to live in trendy lofts downtown. They want what young families have always wanted: an affordable home in a safe neighborhood with room for their kids.

But as Professor Berger points out, we can’t keep expanding the edges of suburbia to infinity. He proposes several ideas for reinventing the suburbs into sustainable communities. 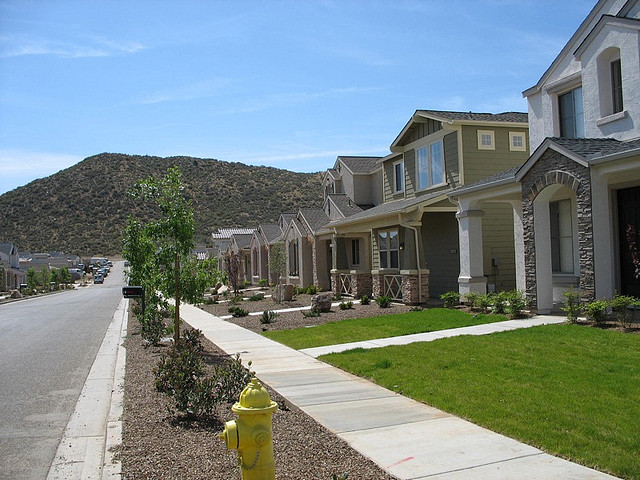 This suburban neighborhood in New Jersey is typical of the sprawling style of development. Photo: Dorata Gold

One thing Professor Berger and I are both concerned about is the ratio of plants to pavement in the traditional suburb. When large areas are paved over for driveways and roads, we lose a tremendous amount of watershed which absorbs and processes stormwater runoff. Without this watershed, precipitation washes off our roofs and roads, taking toxic chemicals, petroleum based residue, and tons of particulate matter and sends it down our storm drains to pollute our oceans. And while it’s not really a problem in Southern California, climate change is causing heavier rainfall when storms hit, and this now results in the kind of catastrophic urban flooding we saw in Houston, Texas recently. 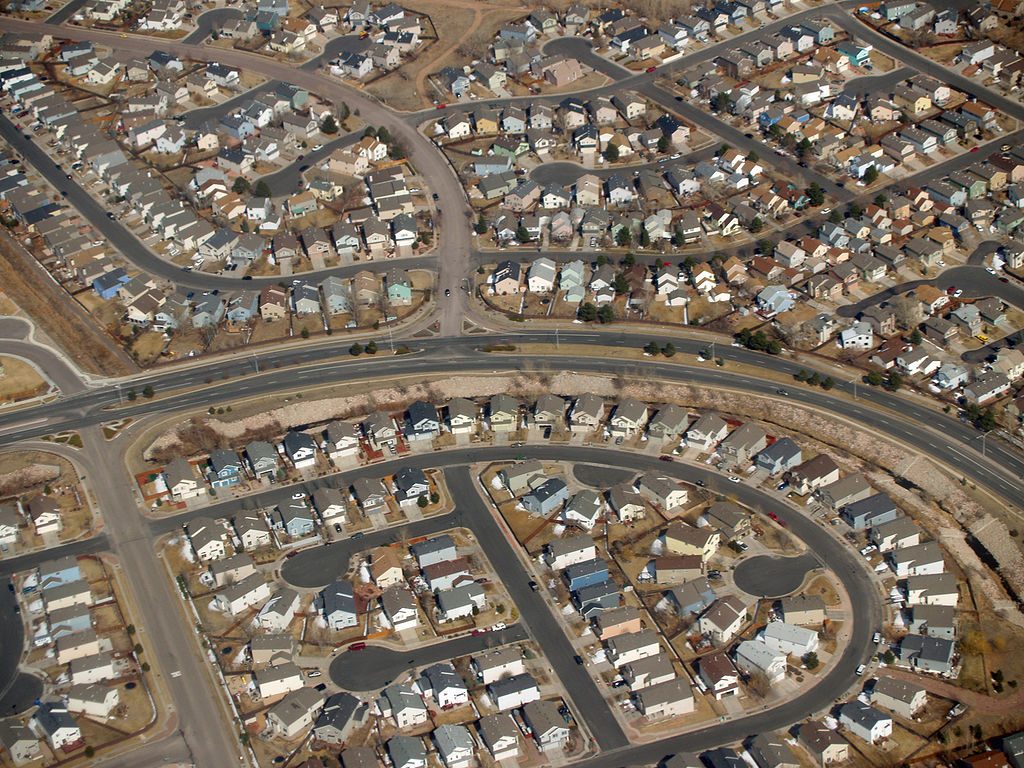 Suburbs like this one in Colorado Springs aren’t sustainable in the long term. Photo: David Shankbone/Wikimedia

Those same hardscape areas contribute to the urban heat island effect. Instead of being absorbed by soil and plants, heat radiates off concrete and roofs and increases the surrounding temperature as much as 10 degrees. Then we run our air conditioners, burning up fossil fuel generated electricity.

Professor Berger has some ideas I really like: shrinking the size of homes and lots, eliminating driveways and garages, with more flexible landscaping and smaller one way roads that can accommodate autonomous cars and ridesharing with pickup areas. Drones can reduce the need for a lot of errands and short car trips. All this space can be transformed into parks, open spaces, and pedestrian friendly areas. We can include landscape features like forests or ponds, or even communal gardens. 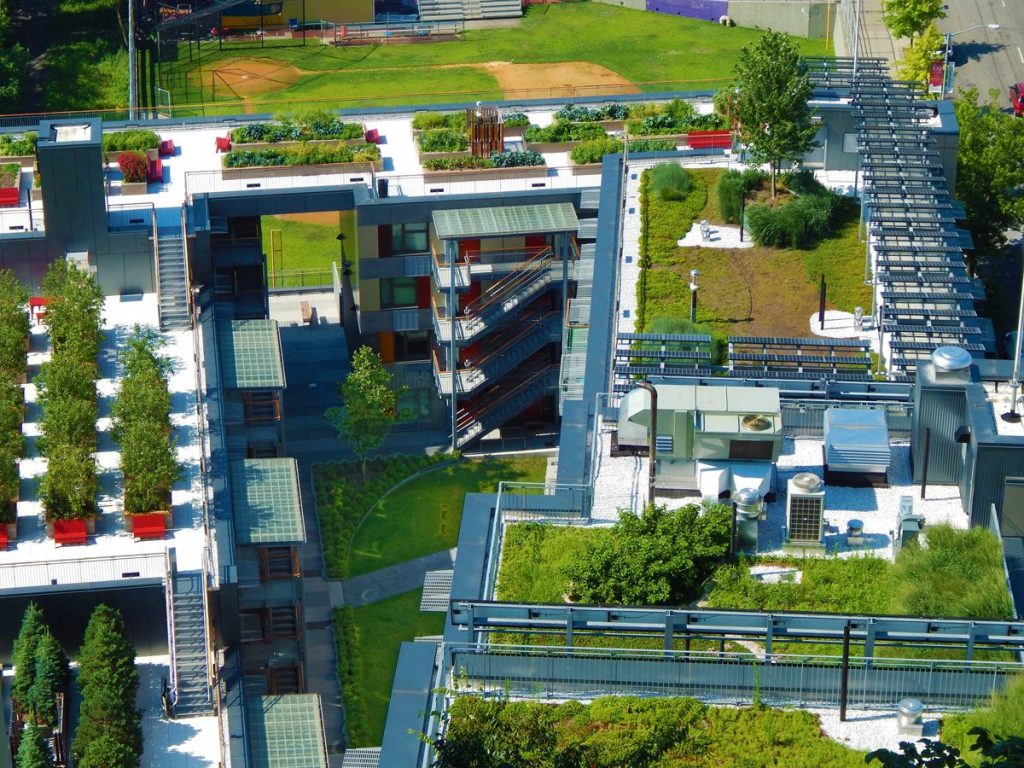 Via Verde is a mixed-use housing project in the Bronx, New York. Its principles including its green roof and solar panels can be applied to suburban development. Photo: Marilyn Bontempo. Mid-Hudson Marketing courtesy GreenRoofs.com

The one thing Professor Berger left out of his article: green roofs. Green roofs are a perfect fit for the suburb of the future. There are few methods of stormwater management more efficient than a green roof. They provide additional habitat, lower the urban heat island effect, put oxygen into the air, and they also provide impressive soundproofing. When people live a little more close together, soundproofing is a big plus.

Marrying green roofs and solar panels improves the performance of both. It’s the perfect partnership. Increasing solar energy production and decreasing the reliance on fossil fuel burning cars through drones and self-driving shared vehicles could significantly reduce the energy footprint of the suburbs. 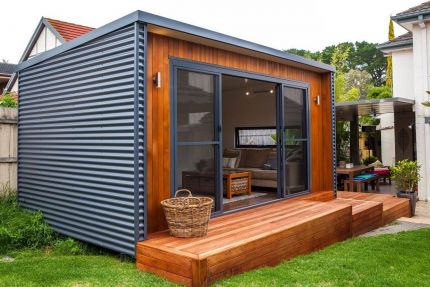 Granny flats like this one made from a garage in Brisbane, Australia can help alleviate our housing shortage and urban sprawl at the same time.

Right now, this is an idealistic vision. A more immediate solution we can implement today is working with urban design as it already exists. Working with density in a creative way is our future. We have plenty of space being squandered right now on half empty strip malls, closed warehouses and stores, and deteriorating city neighborhoods. Let’s rehabilitate these areas first. Relax the zoning regulations and allow a mix of residential and commercial development, so people can live and work and shop within walking distance. Where there are single family homes, allow granny flats or second units where they fit. Consider bringing multiple generations of one family together again in private living spaces on the same property. 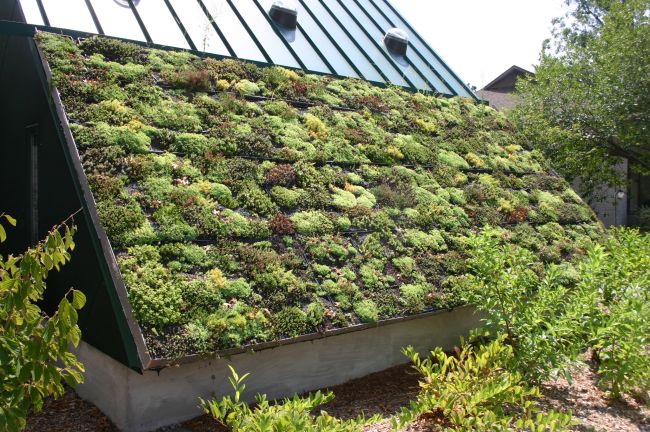 Green roofs and solar panels are made for each other.

Include communal outdoor spaces and gardens, and maximize space with living walls. And of course, let’s require green roofs and solar panels wherever a new roof is being constructed.

Thanks to the adoption of technology by Millennials, we can free up space so we can return significant portions of our suburban neighborhoods to the natural landscape. We can augment this by incorporating nature through green roofs and living walls to create biophilic friendly communities. Count this Baby Boomer in!