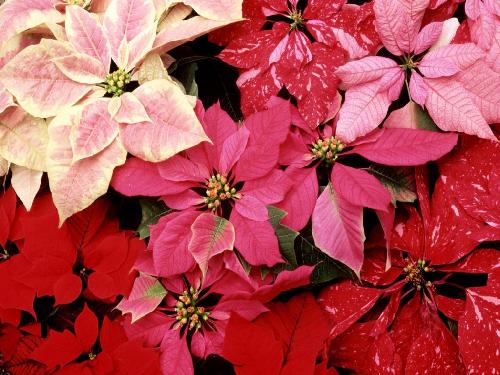 Have you ever wondered why we kiss under the mistletoe, or why you see poinsettias everywhere during the winter holidays? Not only do these plants fit the color scheme of the holidays but they have traditional meanings you might not know about. Poinsettias, mistletoe, and holly (oh my!) all have symbolic significance behind their holiday appearances.

Poinsettias come in many variations today, but they all come from a single Euphorbia type grown originally in Mexico.

The association between poinsettias and Christmas is said to come from a Mexican legend. A child who had little to bring to the church for Christmas picked some weeds from the side of the road. He placed the weeds on the church altar on Christmas Eve. The congregation witnessed the miracle of the weeds turning into beautiful red and green flowers.

Poinsettias do originate in Mexico and are named after Paul Roberts Poinsett, who was the first United States Ambassador to Mexico (although they were called Ministers at the time since the U.S. didn’t appoint Ambassadors for a few more decades). This plant may be named after Dr. Poinsett who was also a physician as well as a diplomat, but San Diego County’s own Paul Ecke gets credit for their popularity and relation to Christmas here in the United States. Ecke sent beautiful poinsettia plants to television shows up the freeway in Los Angeles like “The Tonight Show” and “The Bob Hope Show” to decorate their sets for Thanksgiving and Christmas. He appeared on the shows to talk about the plants and started selling poinsettias as a Christmas product. Talk about a promotion genius! Now they are everywhere during the holiday season. At Good Earth Plant Company, we’ve even used poinsettias in living walls. Keep us in mind for your decorations next Christmas if you missed out this year. 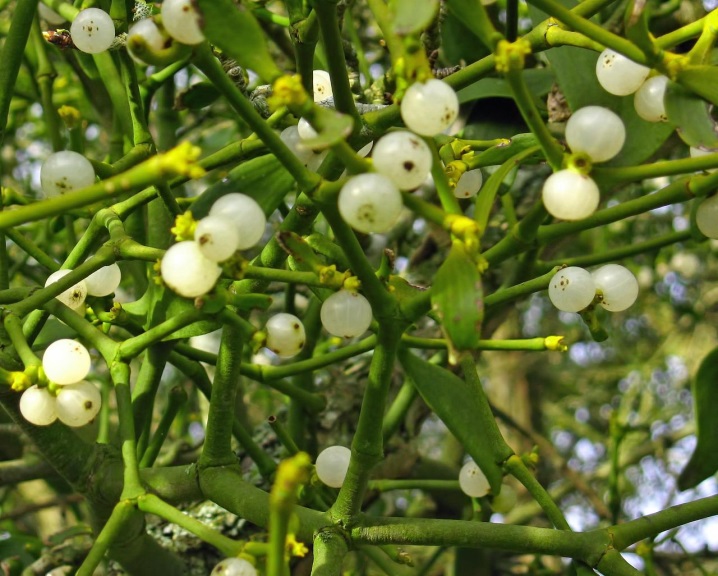 Mistletoe has been a symbol of good luck and healing for many cultures of the past including the ancient Greeks and Romans, but our modern day association comes from the Celtic Druids’ belief that mistletoe represented vivacity and restoring fertility because it was strong enough to bloom in the middle of winter.  The Greeks used mistletoe as a cure for everything from menstrual cramps to spleen disorders, and the Roman naturalist Pliny the Elder noted it could be used as a balm against epilepsy, ulcers and poisons.

The tradition of kissing under the mistletoe came about among servants in England, who were “allowed” to steal a kiss from any woman standing underneath mistletoe.  It was considered bad luck to refuse. The tradition spread among the middle classes and exists to this day.

Mistletoe grows locally in San Diego County’s mountains. Back when I ran my flower shop downtown, we sold a lot during the holiday season to businesses. Sales for mistletoe have dropped off, given it’s not acceptable to “steal” kisses from your co-workers and never was. Let’s hope any kisses under the mistletoe I sold were entirely voluntary! 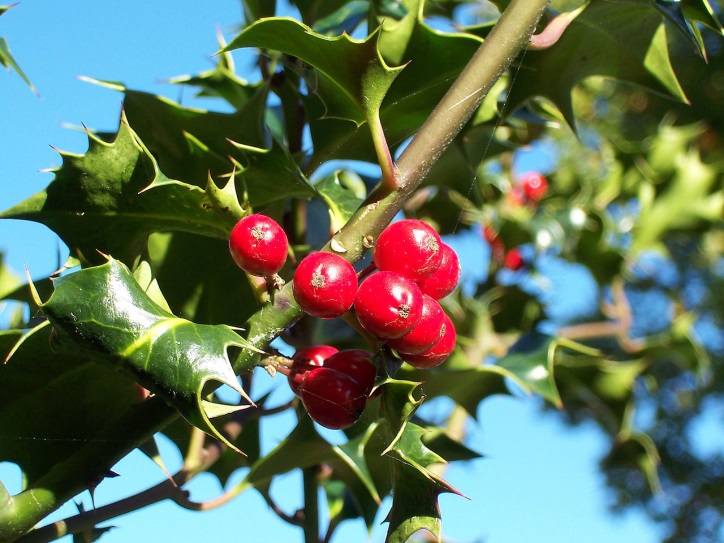 Have a holly jolly Christmas… now you know where it comes from.

Holly and other winter greenery were used to help celebrate the winter Solstice. Because it was strong enough (like mistletoe) to grow during the cold of winter, it was thought to be strong enough to ward off evil spirits and celebrate new growth to come in the spring. When Christianity spread in Europe and especially in Britain and Germany, the jagged leaves came to represent the crown of thorns upon Jesus’s head. The red berries represent the drops of blood.

On a lighter note, I really like the name Holly. At one point we had a Rosemary, Fern, and Leaf working at Good Earth Plants. We decided to rename our receptionist Holly so that the whole crew would have plant names. 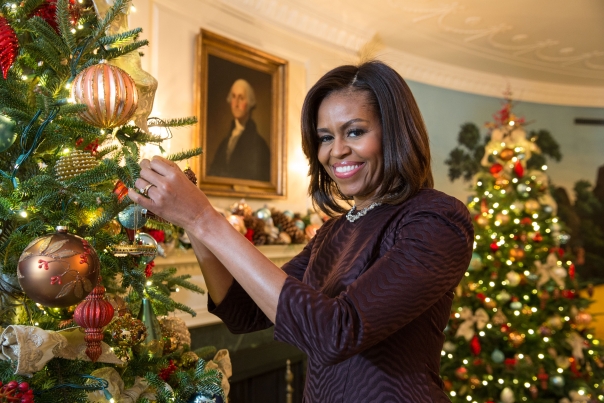 The modern tradition of having a Christmas tree in your home for the holidays dates back to the 16th century in western Germany. They were called “paradise trees” and they were brought in to the home to celebrate the annual feast of Adam and Eve. They were first brought to America by German immigrants around 1700, but didn’t become popular until the 1850s. President Franklin Pierce gets credit for the spike in popularity. President Pierce arranged to have the first Christmas tree in the White House in 1850. It was President Calvin Coolidge who started the National Christmas Tree Lighting Ceremony in front of the White House in 1923.

Isn’t it interesting how humans have always used nature to represent and remember miracles, traditions, tales, and important events? It is an example through history of biophilia, the link between human beings and nature. These Christmas plants represent and remind us about events significant in the lives of human beings for generations: renewal, resilience, faith and love. 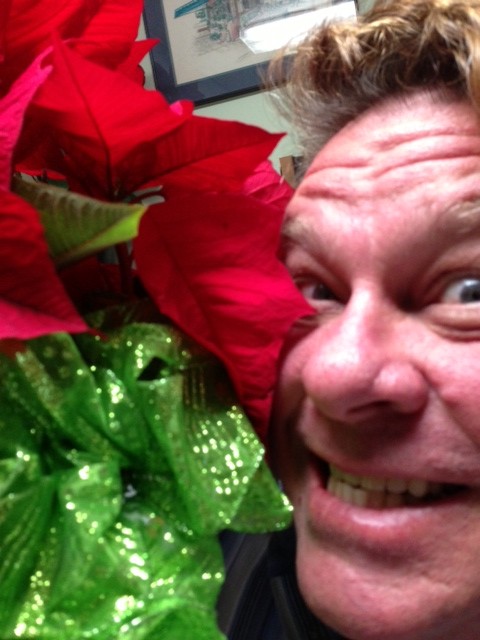 It’s the return of the poinsettia selfie!

My favorite? I have sold hundreds of thousands of poinsettias, and I always make sure to have one in my home during the holidays.