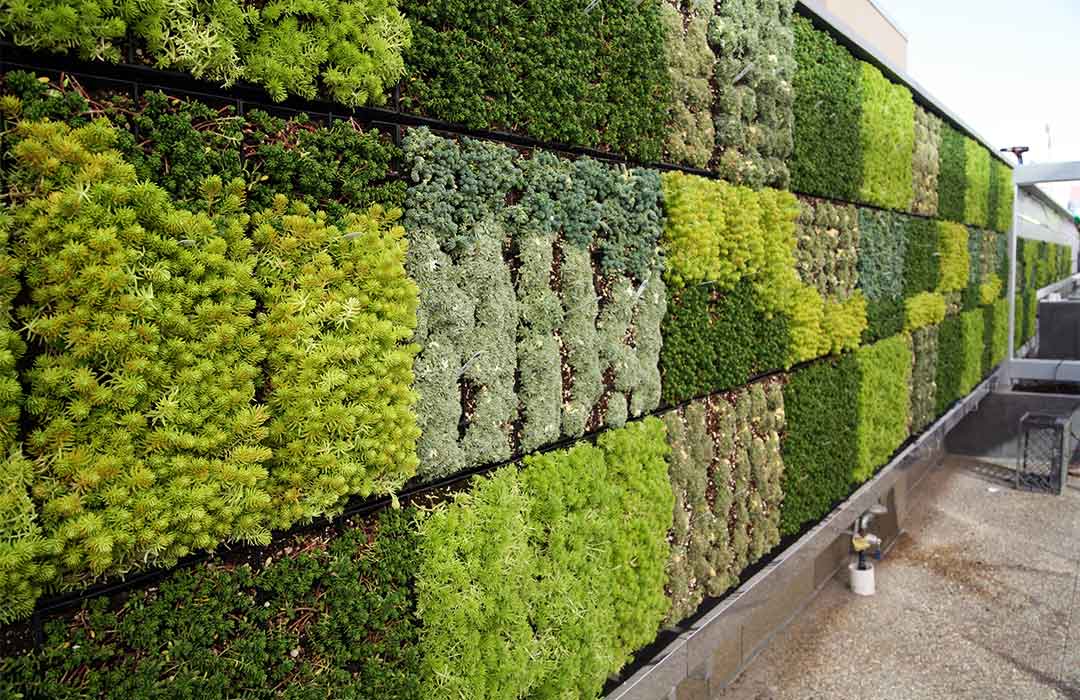 Still one of our favorite projects, the living wall at the Thomas Jefferson School of Law downtown.

A recent article by Delle Willett in the San Diego Downtown News showcases several of our living wall projects in Downtown San Diego. It’s terrific to see how developers and building owners are integrating nature into the urban environment. Living walls are now featured in (or on) upper-end hotels and restaurants, designer retail stores, chic spas, exclusive clubs — basically any place looking for distinction, something that makes them stand out from their competitors. Good Earth Plant Company and GreenScaped Buildings is happy to help them stand out!

Included in the article are our walls for the law firm of Procopio, Cory, Hargreaves & Savitch, LLP; the Westgate Hotel; the newly opened Urbana rental flats in East Village; and the Thomas Jefferson School of Law, which we built in 2011 and is still the biggest living wall in San Diego.

Read more about them and see photos here. Thanks to Delle for the terrific article.