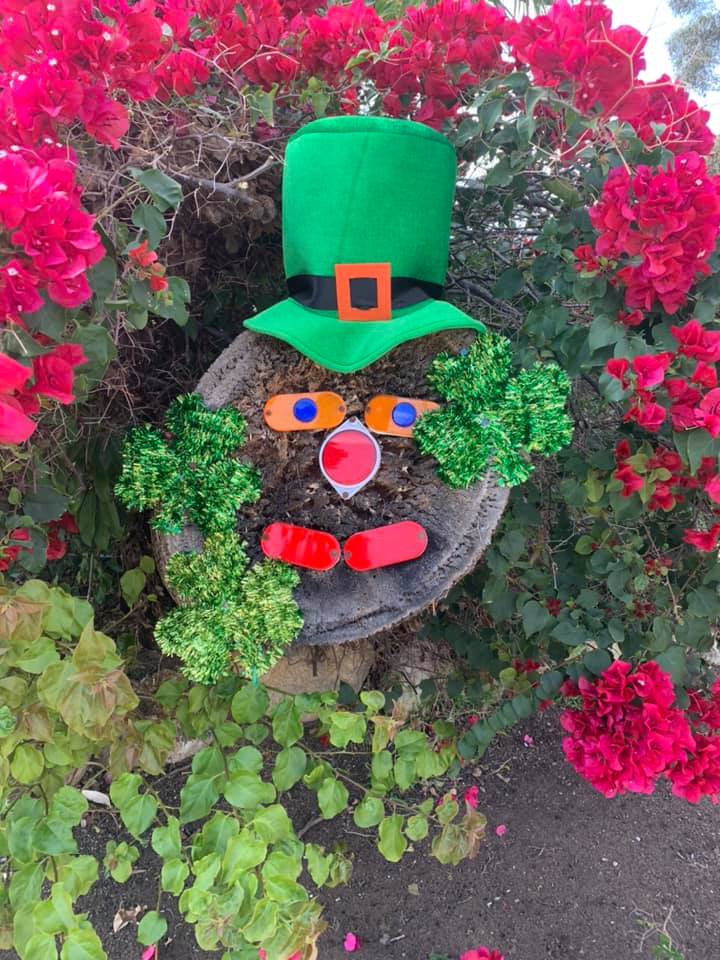 Most people say their favorite holiday is Christmas. Thanksgiving comes next, but Halloween has nearly caught up.

Saint Patrick’s Day celebrates the life of the man who converted Ireland to Catholicism. But he never renounced the reverence for nature held by the ancient Druids.

You may have Irish heritage like me, as many Americans do. Ireland has a long history of emigration. Leaving Ireland was the only option for survival for centuries due to harsh punishment if you were in the Catholic minority or a Protestant dissenter. Even into the 1980s, before “The Troubles” were resolved, still more people left Ireland for a new life abroad. Today, up to 100 million people around the world can claim Irish heritage.

St. Patrick’s Day is practically an American national holiday by now. March 17 is actually the date of St. Patrick’s death. Yes, he was a real person. The original St. Patrick’s Day is a serious religious holiday in Ireland, honoring the man who converted Ireland to Catholicism and who gets credit for “driving the snakes out of Ireland.” 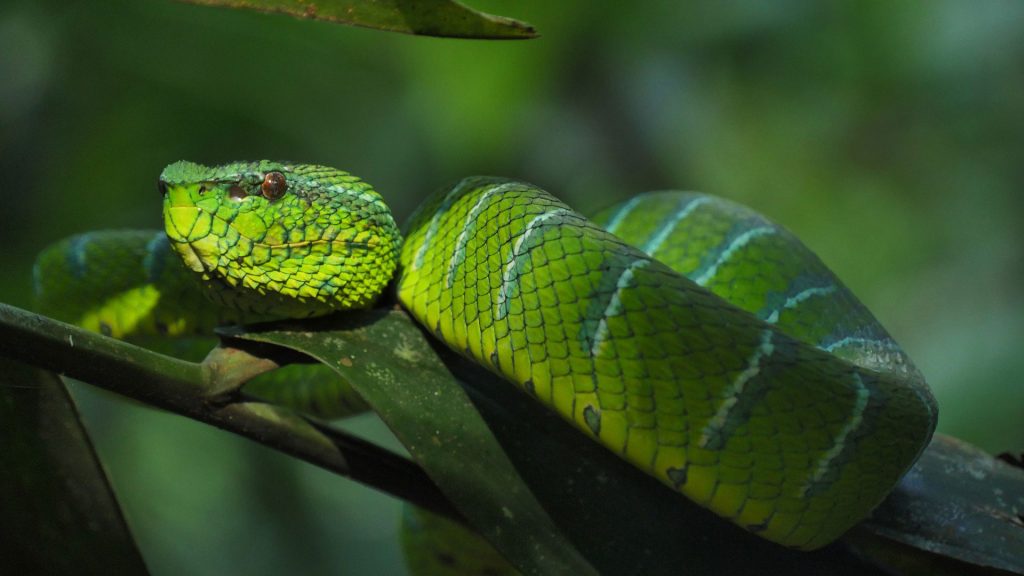 It’s true there are no snakes in Ireland. But the Ice Age is the cause, not St. Patrick.

But no snakes are native to Ireland. Some historians think “snakes” refers to ancient Pagans like the Druids, who practiced their beliefs openly before Christianity’s arrival. Others disagree since the Druids co-existed peacefully with the Catholic Church for several hundred years.

St. Patrick and other Catholic priests recorded many of the stories and myths from the Druids to preserve their history and stories about their culture.

Modern-day Druids still follow the old Druid ways in Ireland and Wales. Druids believe Nature is sacred or divine and worship the natural world. Druids respect all creatures and believe no creature has supremacy over another.  Human beings are just one part of Earth’s big living family.

Nature As A Religion – We Get It! 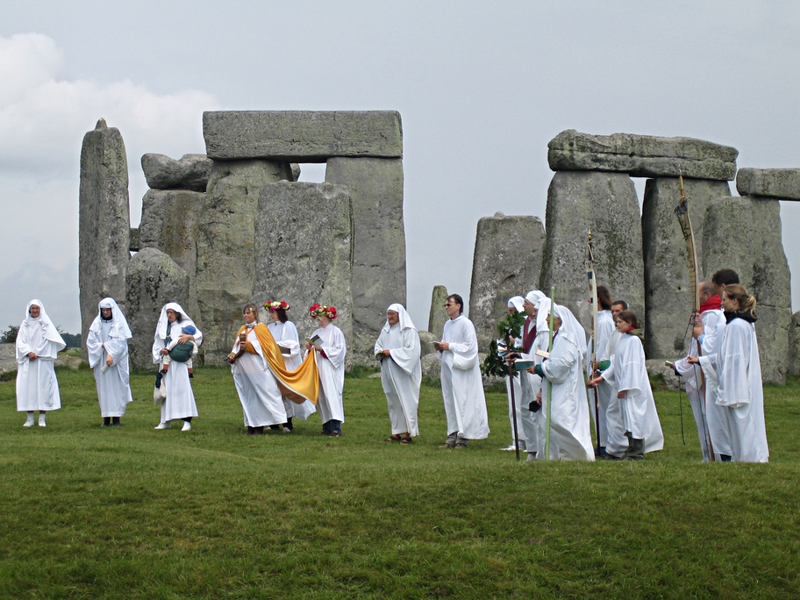 Modern-day Druids still worship Nature, like this ceremony at Stonehenge thought to be an ancient sundial. Photo: Wikimedia

Druids consider Nature to be an expression of God. Druids are animists and believe plants, animals, and even certain inanimate objects have souls. Some Druids consider animals and plants to be members of their community.

It’s not so difficult to understand why ancient people would observe trees, probably the largest living things around them, and imagine their unique personalities. Druids believe different species of trees have their own moods, actions, roles, and ancestors. A huge Irish Oak tree and a wispy willow are completely different.

The Druids placed a lot of importance on the shamrock. To them, the number three is a perfect number with mystical power. The shamrock also represents the Holy Trinity for Catholics, signifying past, present, and future. It’s something all of them could agree on and share in common as part of their Irish heritage.

The modern Druid movement respects nature just as the ancient Druids did. Today, many Druids “practice” their beliefs by participating in environmental causes.

To us, these beliefs describe the principles at the heart of biophilia, the scientific concept describing man’s innate connection to Nature. 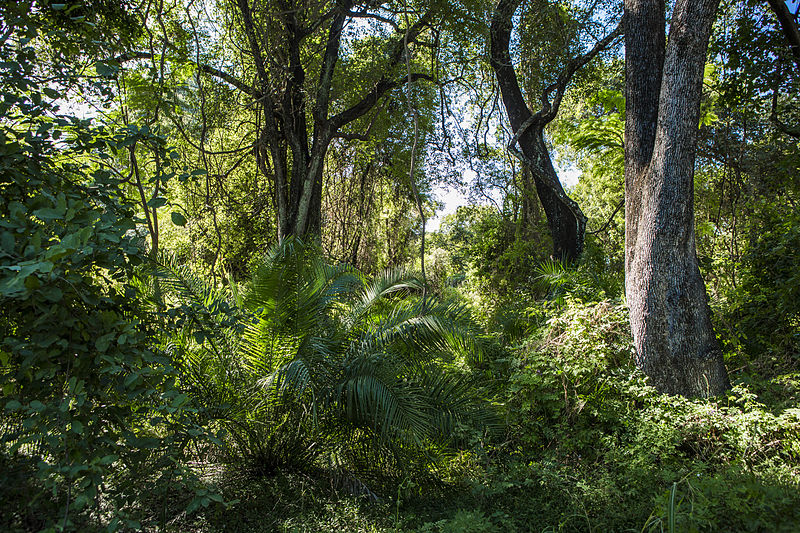 This rain forest in Zimbabwe near Victoria Falls is nowhere near Ireland, but it is rich in the same resources and oxygen as the Emerald Isle. Photo: Wikimedia

In the book Neo-Paganism by author John Halstead, he writes, “Cutting down a rainforest is no different from cutting off a healthy leg or arm. In fact, these are even more vital than our arms and legs because these forests are part of our planetary lungs. Similarly, we care about our waters, our land, our air, and our diverse biosphere. We do so out of respect for our ancestors, out of care for all life today, and out of love for future generations … We are part of Earth, and Earth is part of us.”

Ancient societies throughout human history found ways to describe the connection they felt to nature and knew to be true. Similar beliefs show up among native people in Africa, Asia, and also North America.

Celebrate St. Patrick’s Day this year with a higher calling. It’s more than an excuse to party. Nature kept a lot of us sane over the last year. When people started filling up their homes with indoor plants during the pandemic shutdown, they were nurturing their healthy connection to Nature. When we couldn’t go to restaurants, travel, or gather with friends, we could still enjoy a walk or work in the garden. This is biophilia in action!

So, raise your glass to St. Patrick, but also to Mother Nature. It’s her holiday too! 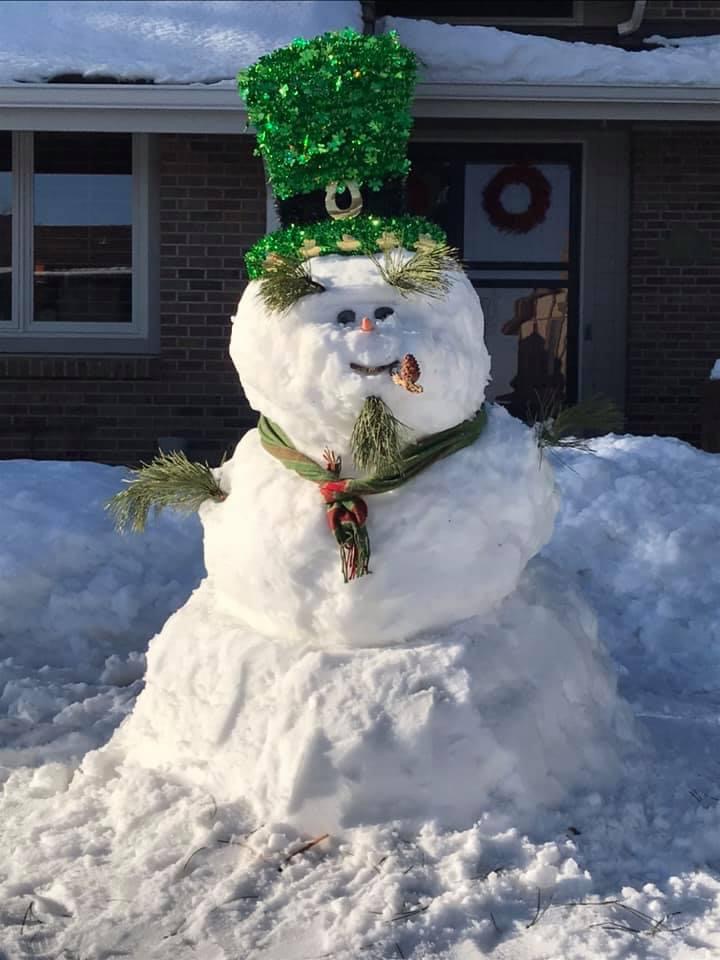 This is one cool St. Patrick’s Day snowman in Denver. We hear his name is Lim O’Rick. Photo: Courtesy Jim Mumford

Disclaimer: Lots of holidays were put on hold last year. We’re coming out of the worst of it, but we still need to be smart to celebrate responsibly. So, let’s get it on the record. But there’s no reason not to celebrate the true origins of St. Patrick’s Day, and it’s all about our kind of green – plants!