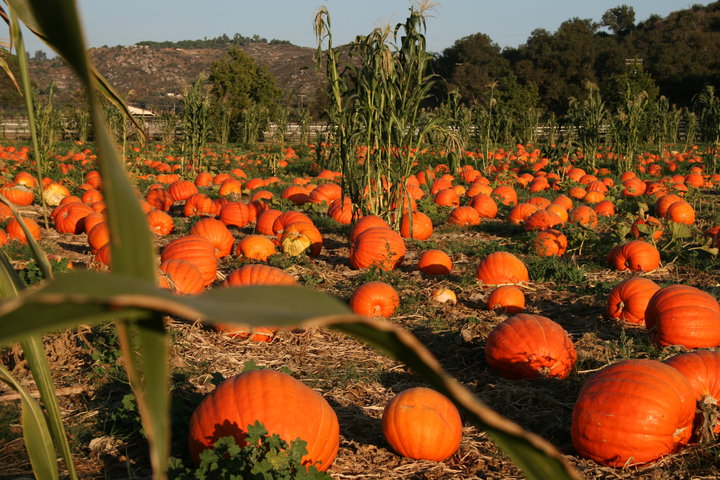 No one loves Halloween more than California’s farmers, because we live in one of the top five pumpkin producing states. And everyone knows you can’t have Halloween without pumpkins! The others are Illinois, Indiana, Ohio, and Pennsylvania. Eighty percent of our U.S. pumpkin crop is available in the month of October.

Displaying a pumpkin or carving one into a traditional Jack-O-Lantern is a popular Halloween tradition. Learning how this came about is a lesson in how deeply our modern world remains tied through our traditions to the earth and our relationship with the seasons and nature. 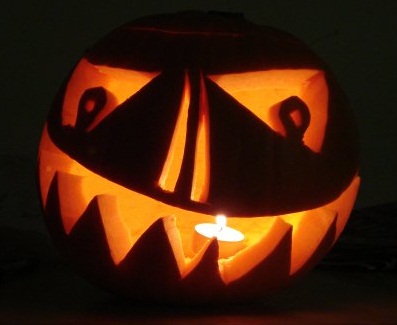 In an Irish tradition, scary faces were originally carved into turnips to scare away evil spirits.

You can thank America’s Irish immigrants for Halloween in this country. Like many other cultures around the world, Ireland celebrates a festival called “ Samhain,” which marks the transition from the summer harvest season to the cool and dark days of fall and winter. Hundreds of years ago, whatever was grown during the summer harvest had to sustain the population through the lean months of the winter when very little could grow to feed them. As part of the festival, the Irish wanted to prevent the fairy spirits around them from moving into their homes and farms in the colder weather. Those fairies needed to keep warm in the winter, too! To scare them off, they build huge bonfires.

When more people moved into towns, they didn’t abandon this practice. They just continued on a smaller scale. People used large turnips or gourds as safe, temporary containers, and emptied them out, adding scary looking faces on the outside. They would set a candle inside to create the same image of hellish flames to scare away spirits. Turnip lanterns would line the roads and be put in front of gates for two purposes: to welcome visitors, and to warn any passing fairies to stay away.

When waves of immigrants from Ireland and Scotland arrived in the United States in the mid-1800s, apparently they believed the fairies came with them across the Atlantic, and the harvest festival traditions continued. But turnips and gourds weren’t as easy to come by, so their close cousin the pumpkin was put into service. Pumpkins are native to North and Central America and were unknown in the British Isles.

The very first mention of pumpkins as “jack o’lanterns” is recorded in 1866. The children’s magazine “Harper’s Young People” reported that “a great sacrifice of pumpkins” had been made that for that year’s Halloween celebrations. It’s not too far from there to Charlie Brown’s “Great Pumpkin,” is it? 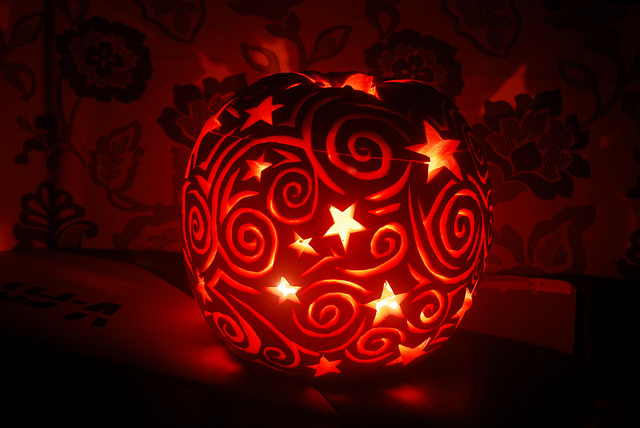 Pumpkin carving grew more and more popular as the years went on. By the 1920s, Halloween had been embraced throughout the United States. Parties and costumes became the norm, and “trick or treating” soon followed in the mid-1930s.

So while we can’t imagine Halloween without pumpkins today, we should note this is all about the relationship of early societies with the land. Their well-being was completely dependent on raising and storing enough food to get through the lean months. By the time late October rolled around each year, the shrinking amount of sunlight and the turn to cooler temperatures was a big wake-up call that winter was just around the corner. There was no guarantee everyone would live long enough to see spring.

Reading about scaring off fairies seems a little silly us today, but our ancestors were desperate to survive another winter any way they could. They couldn’t afford to take any threat for granted, even fairies. 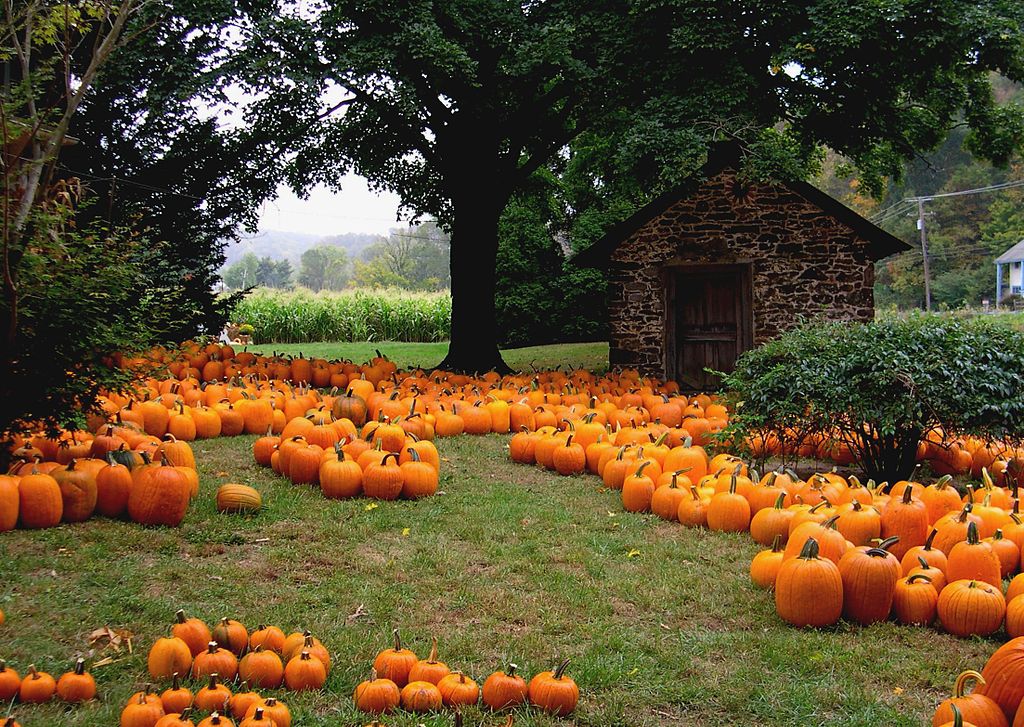 We still feel these rhythms of the earth today. People feel depressed during the dark months of winter. Some feel it so deeply they suffer from what we now call Seasonal Affective Disorder, a depression due to lack of light exposure. This is rooted in the ancient threat to survival in our agrarian days. Likewise, we feel a renewed energy in the spring when days grow longer. Hundreds of years ago, this energy allowed people to work long, difficult hours planting and cultivating their crops, so they would produce enough of a harvest to survive the winter months. And so the cycle of nature continues.

We have a lot of fun with pumpkins this time of year. I’ve tried to grow pumpkins myself twice in a living wall as an experiment. In my first attempt, they just didn’t thrive. When I tried it again, I honestly think one of my technicians didn’t understand that I was trying to grow pumpkins and pulled them as she thought they were weeds!

Good Earth Plant Company encourages you to also take a minute to recognize the importance of the humble pumpkin as a symbol of how deeply human beings still relate to nature and still need their dose of nature in our everyday lives. 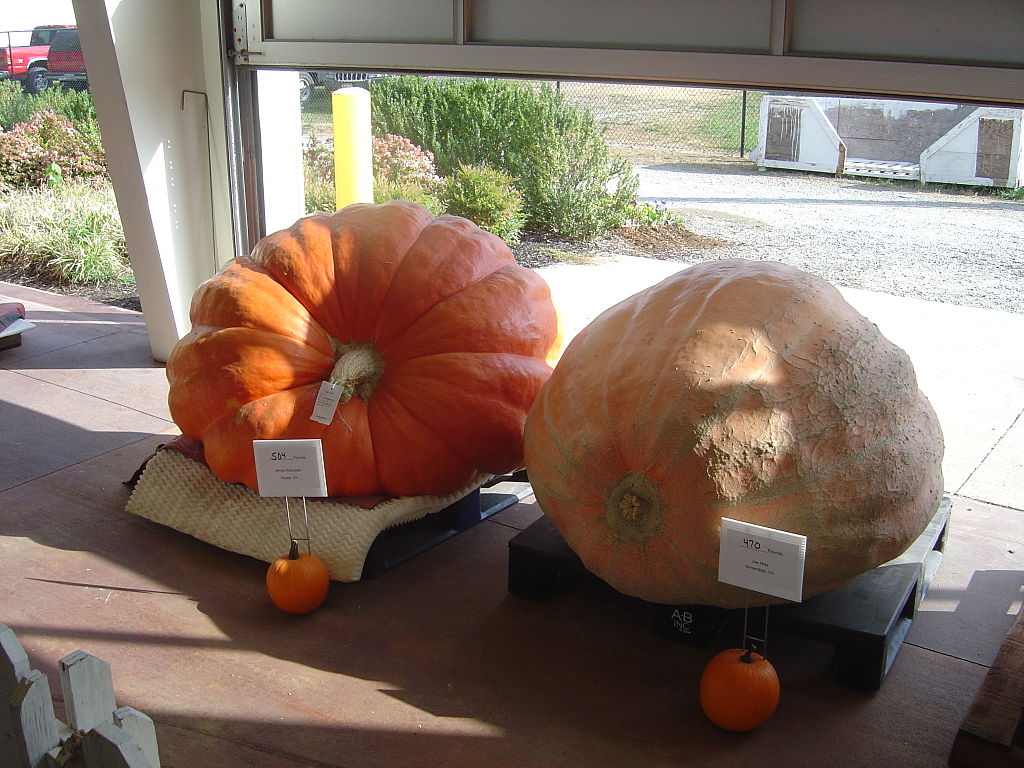 Maybe your pumpkins will grow as large as these competitive pumpkins! Photo: Creative Commons License

Every pumpkin has about 500 seeds. They take between 90 and 120 days to grow. The seeds can be roasted to eat, and they are high in iron. Why not spare a few of them and plant some to grow your own for Halloween next year instead? You can save them in a dry, cool place until Memorial Day. Plant them between the last week of May and the middle of June, and you will have your very own homegrown pumpkins to show off for Halloween 2017. Maybe I’ll give pumpkin cultivation a third try next year myself.