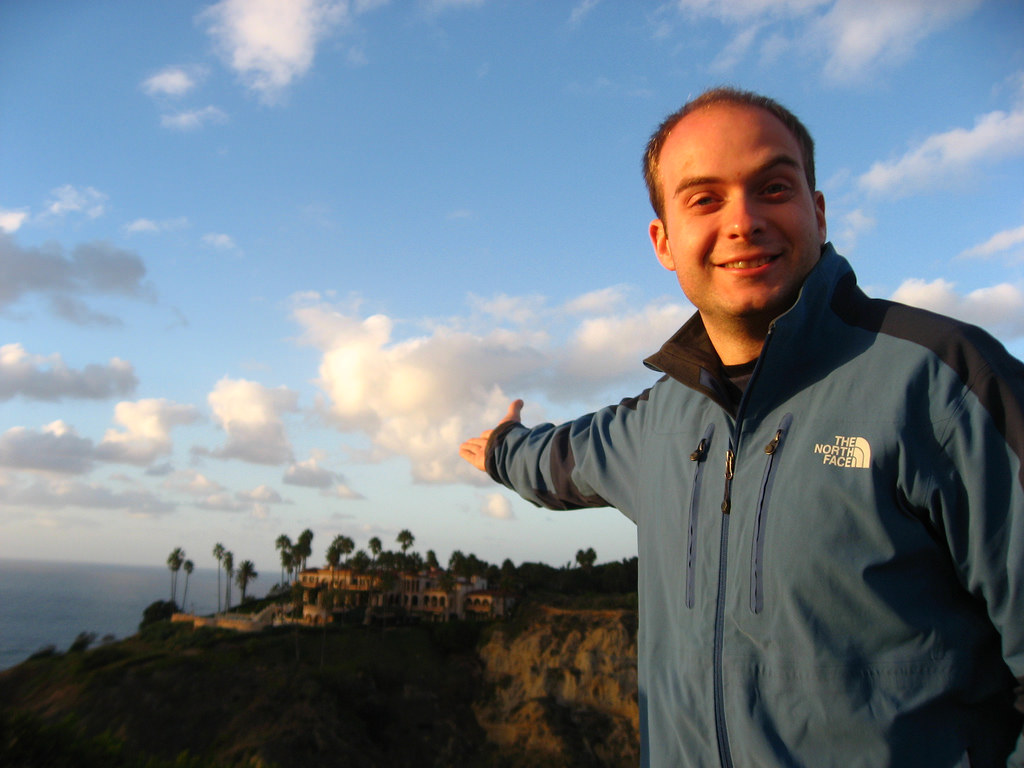 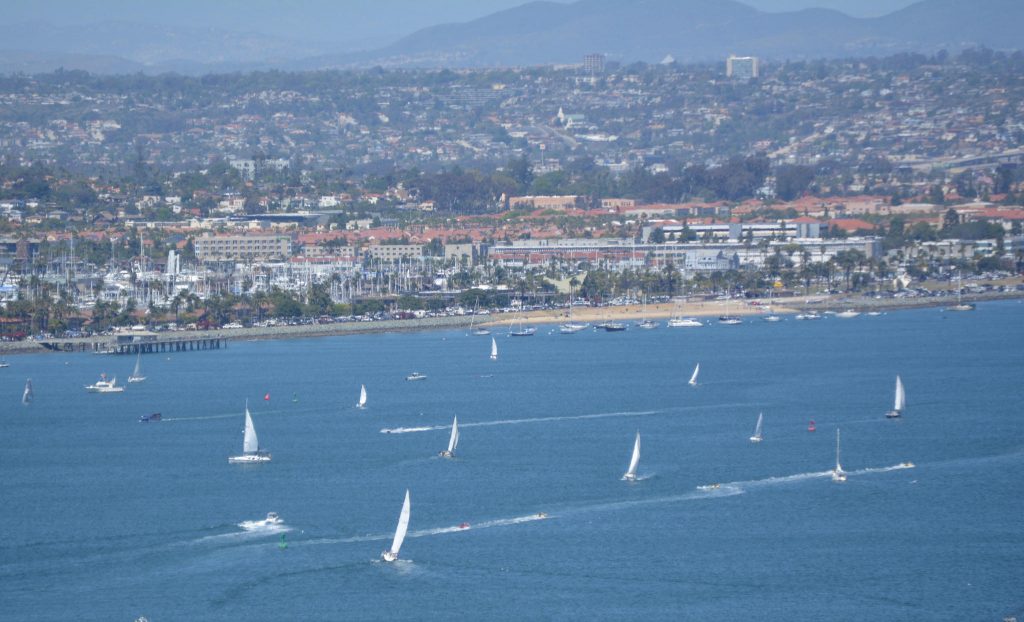 If there is one thing people know San Diego for, it’s our nice weather. Actually, people think we have perfect weather. Every time they see San Diego on television during an event like Comic-Con, or professional golf tournaments at Torrey Pines, it’s 75 degrees and clear with minimal humidity.

If you travel like I do to conferences in other parts of the United States and mention you’re from San Diego, the first thing you hear is a sigh, and then some version of “I’d love to live in San Diego” or “I’d love to visit San Diego.” Or maybe, “I loved visiting San Diego!”

Comedian Lewis Black says the world’s easiest job is being a weatherman in San Diego.

It turns out our weather isn’t the only nice thing about San Diego. A new study published in the publication Nature comes to the conclusion the weather where you grow up shapes your personality. Specifically, that the temperature influences your personality.

When this study was reported in the Washington Post, our friends on the East Coast named the city they imagined must have the perfect weather. Yes, they chose San Diego.

The U.S. study replicates a study done in China. One point six million people answered questionnaires about personality traits, and provided demographic information including their zip code. When controlling for all of the other variables, it turned out the findings showed growing up in temperatures close to the “psychophysiological comfort optimum” encouraged individuals to explore the outside environment, which influenced their personalities. That average temperate is 72 degrees – the average temperature in San Diego as measured at Lindbergh Field.

So if you live somewhere like San Diego, where it’s rarely too hot or too cold and nearly always sunny enough to enjoy outdoor activities, the idea is that you are outside more from a young age on average and grow up with more exposure to nature than kids in cold climates. And when you’re outside more than average, you score higher on agreeableness, conscientiousness, emotional stability, extroversion, and openness to new experiences – all positive personality traits. 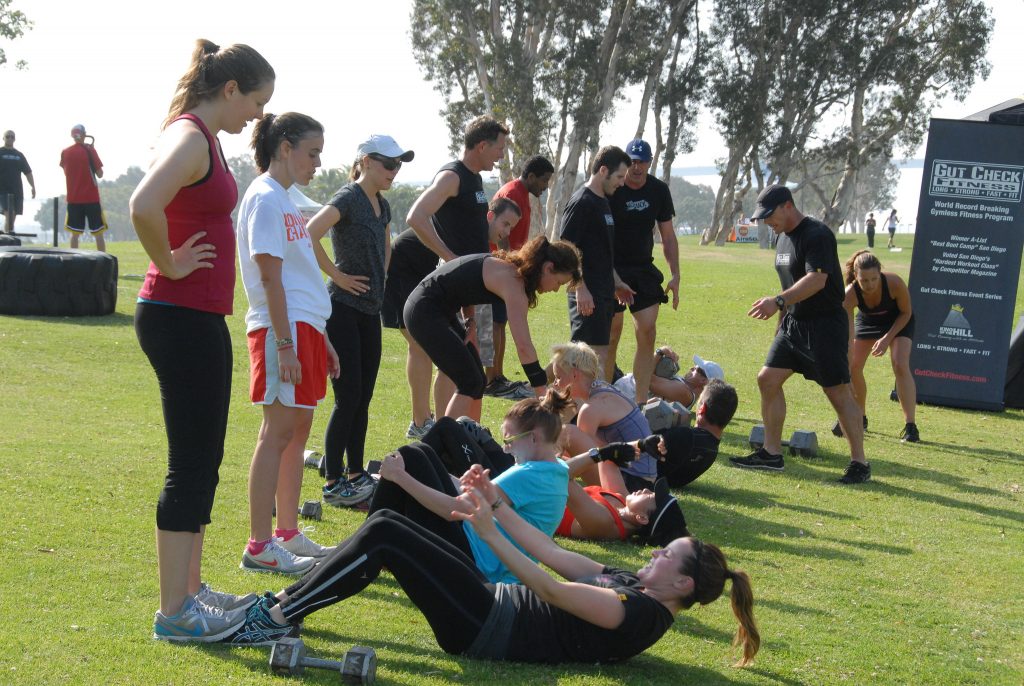 San Diego’s nice weather encourages people to get outside and connect with nature – a perfect example of biophilia. Photo: Port of San Diego/Creative Commons

The study also claims exposure to nature has more influence than your age, gender, education level, income, your health or your profession.

We’ve got our share of jerks. (Must be from somewhere else). Just drive on the freeways about 5:30 p.m. on an average weeknight. But for the most part people really are pretty happy about living in San Diego. So many people who come to San Diego during military services in the Navy or Marine Corps end up staying here.

Anybody who embraces the principles of biophilia, the innate human tendency to embrace our connection with nature, didn’t need a study to know this. Human beings benefit from our exposure to nature. It’s a whole lot easier when you live somewhere like San Diego where it’s so much easier to encounter nature in our every day lives. Even when we aren’t outside, sunlight shines through our windows year-round. Our surroundings are still green and growing even in December.

The more you feel connected to nature, the healthier – and happier – you are. Photo: Snickclunk/Creative Commons

The question of whether climate affects your personality or quality of life has been around a long time. It’s absolutely true weather affects your mood and when you grow up in a place like San Diego, don’t you think you’d be in a better mood in general than in a frigid, snowy place or a rainy place? There’s got to be a reason grunge music and Kurt Cobain came from Seattle.

If you live in one of those not-so-perfect weather cities, you need to work a little harder to ensure you have enough exposure to nature, what my friend, author Richard Louv, calls “Vitamin N.” You can’t rely on having enough sunlight or plants in your everyday environment, so you need to consciously incorporate them at work and home.

Scientists still aren’t really sure why it works, but we can say for a fact exposure to nature improves our health by relieving stress and mental fatigue. There is also some research suggesting exposure to nature boosts our immune system. We know physical activity outdoors in a green space is better than in a gym. Being in nature promotes making social connections, which benefit our wellbeing. Trees and other green spaces reduce air pollution, which improves our environment and therefore our health.

Adding plants to your indoor and outdoor environments is the easiest, fastest way to reconnect yourself to nature. The benefits are clear. Not everyone is lucky enough to live in San Diego – and even here, there’s no such thing as too much nice weather.