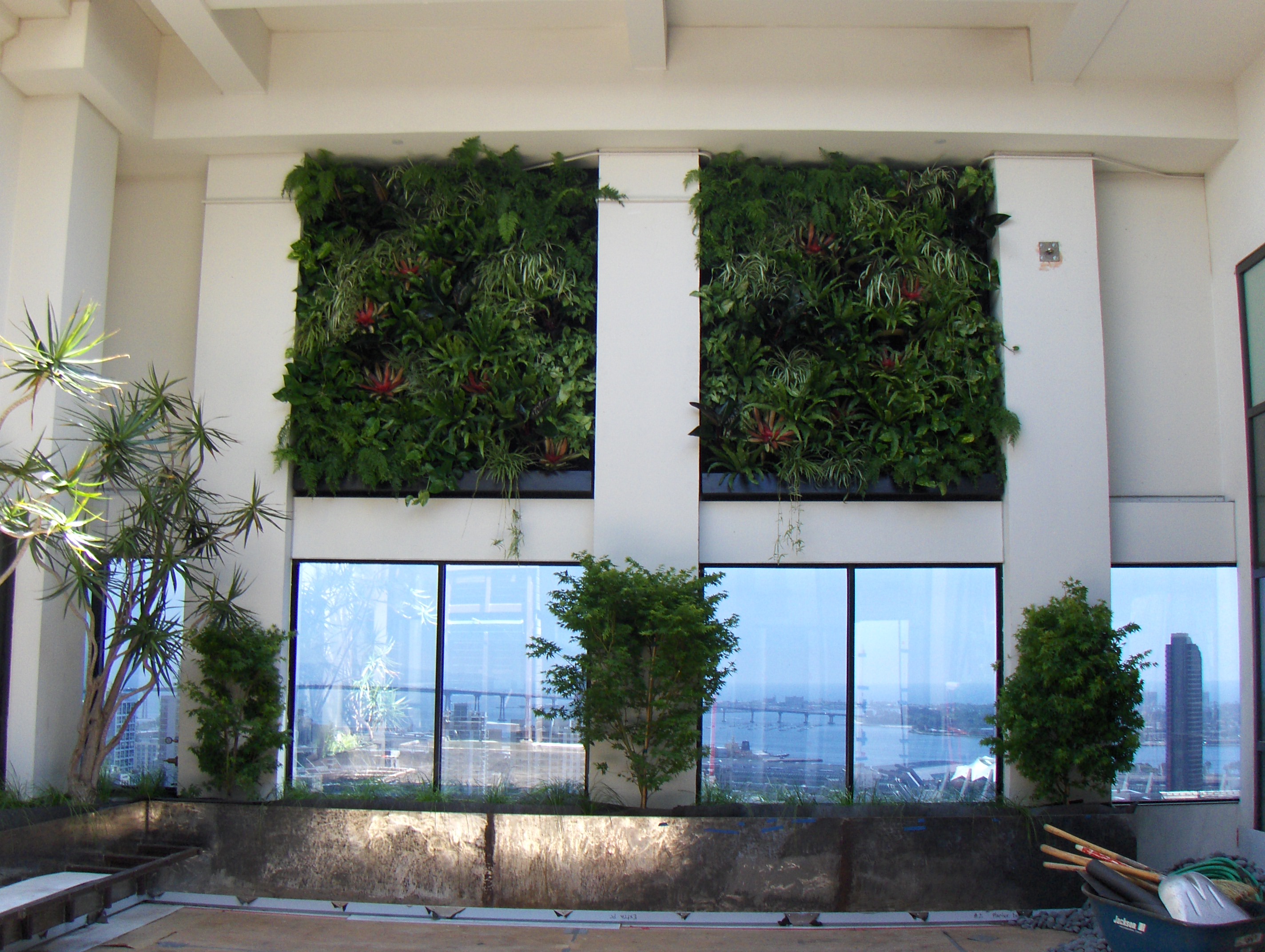 The Procopio Law Firm in San Diego does a wonderful job of maximizing natural elements in its offices and adding others, such as the living walls Good Earth Plants installed.

When did you last spend time outdoors? You might think everyone is outside enjoying summer weather and school vacations.  In San Diego, there’s hardly a day all year when you can’t be outside in short sleeves (or less).

I’d like to think this number is lower in San Diego, but even if it’s 80 percent, it’s still a sobering reality. Our health and wellbeing is governed by our environment inside our homes, workplaces, schools, public facilities, and other buildings like stores and movie theaters. Anything we can do to improve the quality of our indoor environment needs to be a priority.

Do you feel a slump during the workday? Don’t blame the coffee, blame a lack of biophilic design!

It makes me even more relentless about the work we do at Good Earth Plant Company to improve indoor environments by bringing nature inside in the form of living plants, by promoting biophilic design and the WELL Building Standard, and by talking about this with my professional community.

I recently ran across an article by University of Oregon architecture professor Kevin Nute well worth sharing with you. It originally appeared on the website The Conversation and was reprinted by the Washington Post this week. Professor Nute builds on research by people like environmental psychologist Dr. Roger Ulrich at Texas A&M University, who’s worked with NASA on keeping indoor environments healthy when we send people into space on long-distance trips to Mars.

Professor Nute conducted experiments with natural elements inside the workplace, using the reflection of sunlight on moving water, and a projection of a tree’s shadow with leaves in motion from the wind. When people are exposed to natural movement created by nature and weather, people were more alert while their blood pressure dropped simultaneously. This supports another theory called “attention-restoration theory.”

Buildings are usually constructed with the intention of keeping us out of the weather: burning sun, rain or snow, or cold winds. But it turns out if we tune into the rhythms created by the weather and its interplay with nature, it reduces stress and improves our brain’s ability to function. Circadian rhythms from access to sunlight and their effect on sleep are an example of the benefits we get from nature’s influence. An American Academy of Sleep Science study found people with exposure to daily sunlight from workplace windows sleep an additional 46 minutes per night.

All of this folds into discussions already taking place about applying biophilic design as described in the WELL Building Standard to everyday buildings.

The studies done by Professor Nute also show there is a greater positive effect when the person exposed to simulated weather and nature believes it is naturally generated, instead of all computer trickery. It’s such a strong argument for the concept behind biophilia, Edward O. Wilson’s hypothesis that humans possess an innate tendency to seek connections with nature and other forms of life.

But you don’t have to believe me and you don’t even have to believe Professor Nute. Believe Alan Fogerty, sustainability partner with the UK based consulting firm Cundall. When Alan’s company instituted best practices in biophilic design and many of the elements found in the WELL Building Standard, the results were seen in improved work performance and a positive impact to the bottom line:

I know many businesses support these principles in theory, but we all know it’s money that really talks. At Good Earth Plant Company, we’re all about the power of green. Businesses aren’t philanthropies. They need to make money to survive and to provide jobs along with goods and services. We’re here to show businesses it is possible to do well, even to do better, by doing good. Green is good! And it doesn’t always require a big budget.

If you’re interested in learning even more and seeing some of these practices in motion, visit the website VitalArchitecture.com

If we can make some of these practices come to life at your workplace or any other building, get in touch with us at Good Earth Plant Company. We are the experts when it comes to innovative interior plantscape design which could include a moss wall or a living wall.