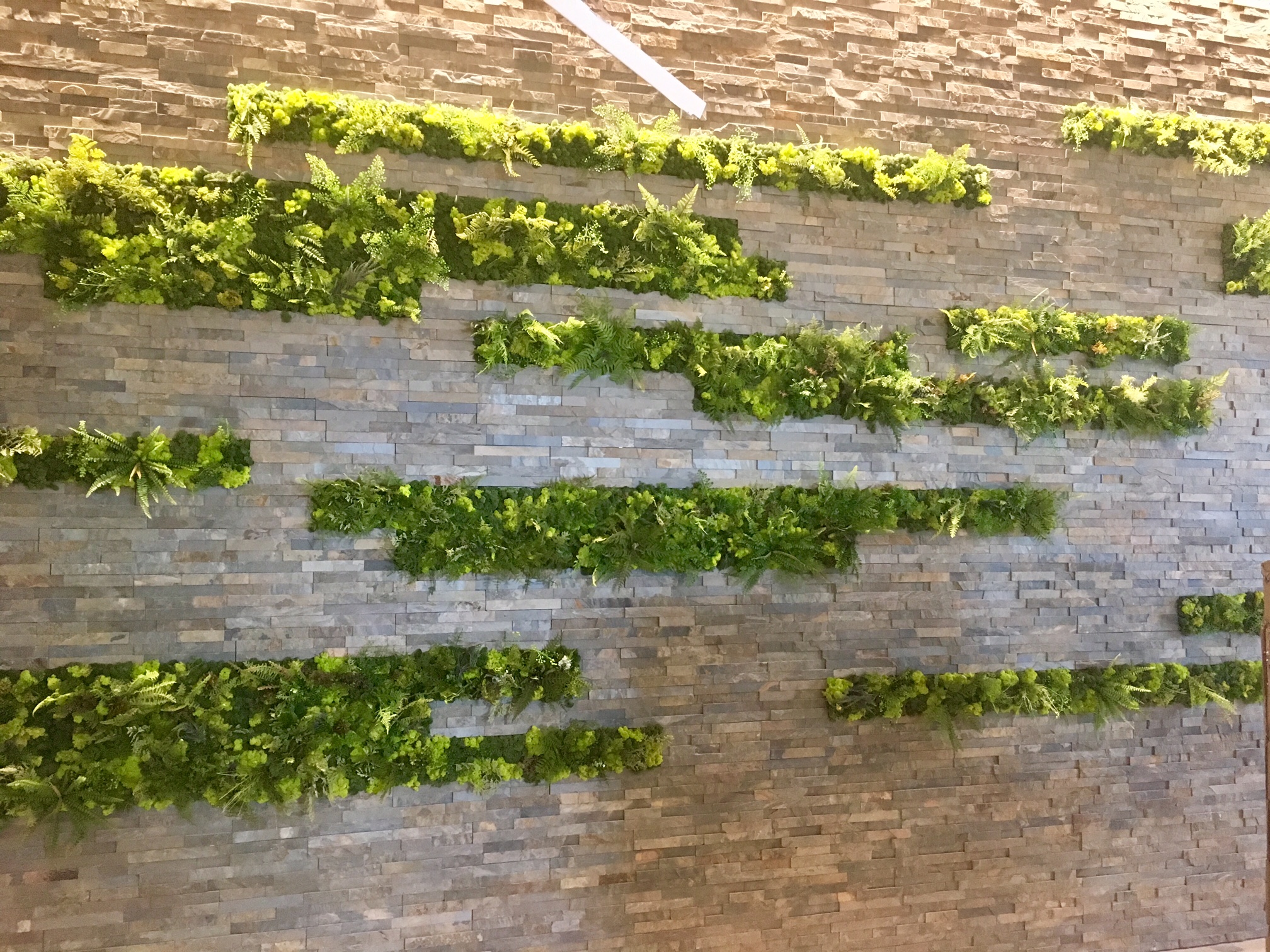 When I opened my newspaper last Saturday, the headline practically yelled at me from the page: “Indoor greenery: house plants are back.”

House plants are back? Back from where? Who is saying house plants ever went anywhere in the first place? I had to laugh. Yes, out loud.

After 40 years in business providing plants for every kind of indoor space you can imagine, there hasn’t ever been a time when the interest by people to include plants in their offices and homes has gone away, or ever dropped. There are trends in display methods, and certain plants get “their moment” with a little rush of popularity. Try to find a large Ficus Lyrata these days. For anyone who admits to remembering the 70s, did you have pothos vines growing in a jar of water or a hanging Creeping Charlie, Wandering Jew or spider plant in a macramé hanger? I know you did! 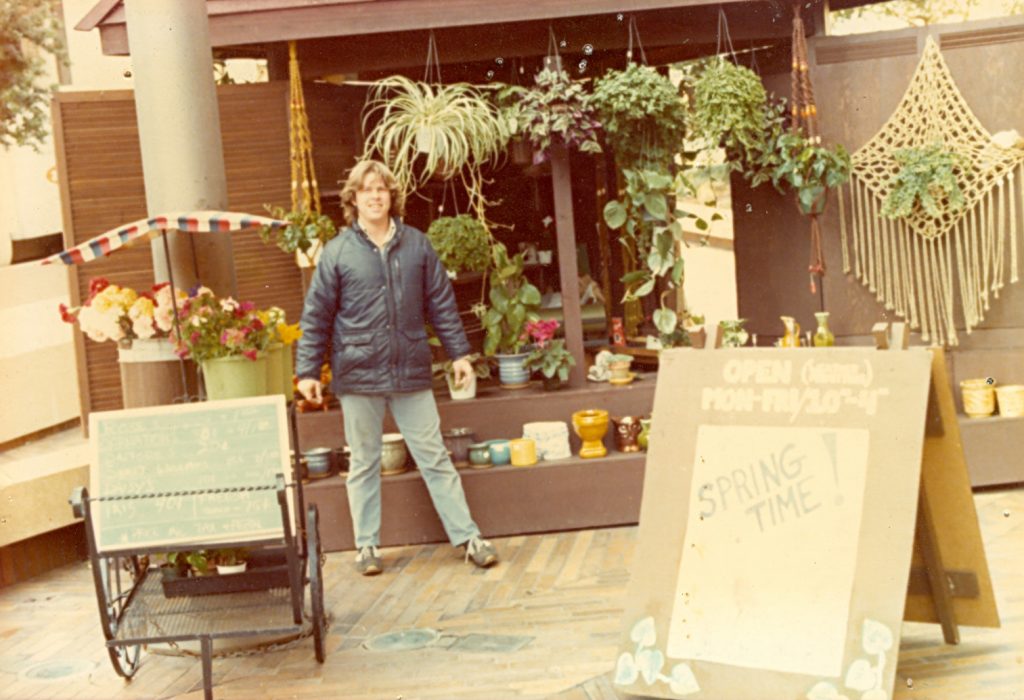 Of course we sold this stuff back in the 1970s! But who is that guy?

It’s always good when plants get some attention in the news for whatever reason. It’s the “all publicity is good publicity” attitude. But the coverage is sometimes superficial. There is a real trend in Plantscaping and using plants in living spaces which went unaddressed in the article.

The concept of bringing plants inside is as old as human history. People in China  grew plants in the home as early as 1000 BC. At that time, indoor plants signified wealth. Gardeners could practice their skills all year round, even when outdoor temperatures were too cold. 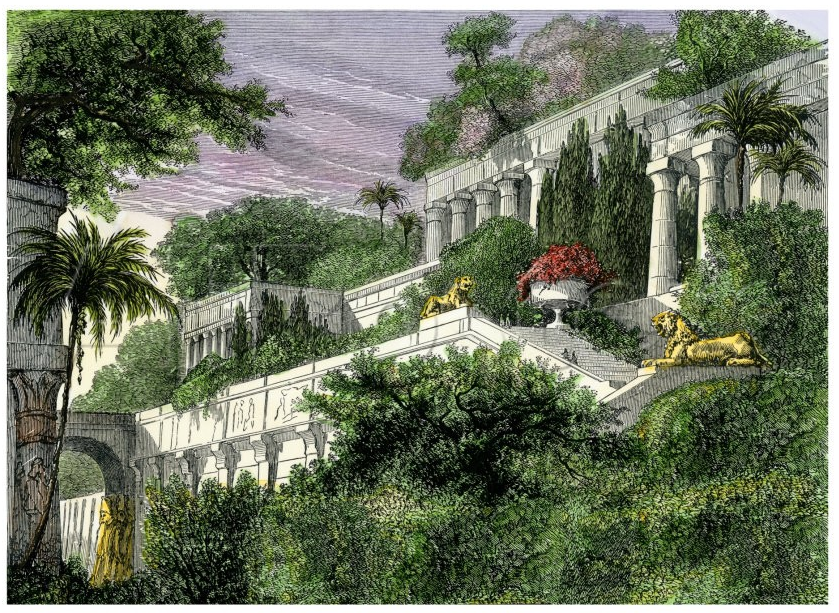 The Hanging Gardens of Babylon prove designing with plants goes back to antiquity.

The Hanging Gardens of Babylon are included as one of the seven ancient Wonders of the World. The gardens were cultivated by King Nebuchadnezzar II in around 610 BC in what is now southern Iraq for his wife Queen Amytis when she missed the green hills and valleys of her homeland which is now northwestern Iran. The king brought together the most skilled gardeners to create the Queen’s lush gardens from home, including green roofs and living walls.

Imagine Christopher Columbus landing in the Bahamas and seeing the tropical landscaping of exotic plants for the first time, and then describing it to Europeans. We know explorers brought plants from the New World back home, and many European plants came to the Americas in the holds of their ships. Columbus delivered potatoes and sugar cane to the Caribbean, and brought back pineapples, petunias, marigolds, and sunflowers. The Spanish brought tomatoes to Europe. Can you imagine Italian food without them?

In 1652, Elizabethan gardening expert Sir Hugh Platt wrote about cultivating plants indoors. It sparked great interest in growing plants in the home, but it wasn’t easy. There was no indoor heating system as we know it today. We warn people now not to place indoor plants next to heating or cooling vents. Back then, there would be a few select areas of the home with extreme heat next to fires or stoves, and extremely cold areas near the windows. Still, it didn’t keep people from trying.

Two hundred years later, when indoor heating systems were developed, the British Victorians embraced growing plants with great enthusiasm. Their homes could now include higher ceilings and bigger windows, because they didn’t have to be as concerned about losing what little heat was generated from their fires. All of this also helps make the conditions much friendlier to indoor plants. This is when the classic “Kentia palm in a tall urn” become a staple of upper class home décor. The Victorians created huge catalogs of plants, and created the “language of flowers,” giving each flower a meaning like “friendship” (ivy or pink roses), “sincerity” (ferns), or “love” (red roses or blue violets).

People have been cultivating plants in the home ever since these days. Theories exist which give women credit for introducing plants into the workplace when they first began working in offices in greater numbers after World War II. Call it the Mad Men Theory of Interior Plantscaping! 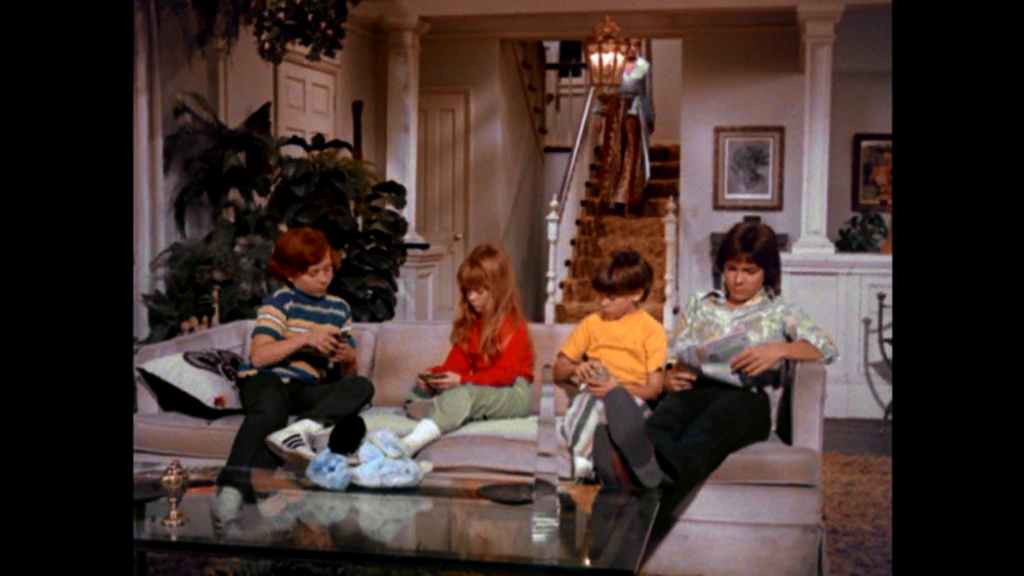 Plants were featured in the “Partridge Family” house in the 1970s.

Ways of using indoor plants do shift with the times, just like interior decorating has evolved over time. When we had those rust, gold and avocado colored appliances and carpets, indoor plants reflected the “back to nature” design schemes Here’s a great example from 1970s TV – the “Partridge Family” house. 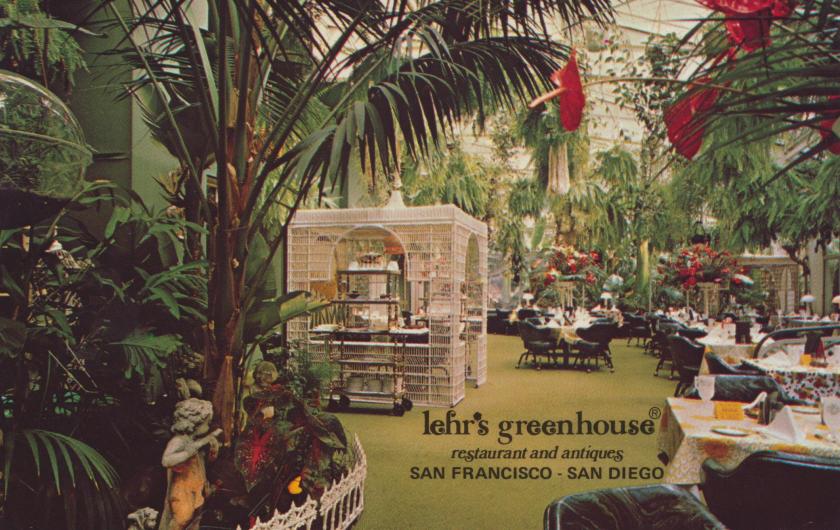 Longtime San Diego residents will remember the once popular “Lehr’s Greenhouse” restaurant, now occupied by a “Dave and Buster’s” in Mission Valley.

San Diegans will remember the hottest restaurant in town for a lot of the 1980s was a greenhouse. “Lehr’s Greenhouse” opened on New Year’s Eve 1979, and it was the place to go until it closed in 1987. This garden setting was especially famous for its Sunday brunch, when you could sit among the plants and hanging ferns while you enjoyed the sunshine.

By the 1990s, the pendulum swung back and people decided to simplify, It was the era of Scandinavian design. IKEA anyone? Room was set aside for the perfectly selected specimen plant as an accent. The “less is more” look.

Good Earth Plant Company has so many innovative ways to add plants to your interior design today, including spectacular moss walls.

Here we are in the 21st century, and using plants in living spaces isn’t any more or less trendy. The difference is our effort to understand the reason why people are drawn to plants, and the benefits we get from including plants in our indoor environments. Biologist Edward O. Wilson helped spread the concept of biophilia, the natural affinity human beings have with nature, animals and plants based in our genetics, in his 1984 book “Biophilia.” As scientists have conducted more experiments exploring this concept in the last 20 years, the proof keeps piling up to support this theory.

Now that we know plants have significant physical and mental health benefits when we include them in our homes and workplaces, they have become far more important that mere decoration. Finding ways to work plants into our indoor environments can help us breathe better, think more clearly, and work more efficiently. Larger structures like living walls and moss walls can cut down workplace noise, a significant benefit in the open office arrangement so prevalent today. It can help employers retain valuable talent on their workforce by creating an enjoyable place to work.

If we can help improve your interior environment, call on Good Earth Plant Company to bring nature into your world in creative and inspiring ways. Challenge us with your toughest issues and let us surprise you!