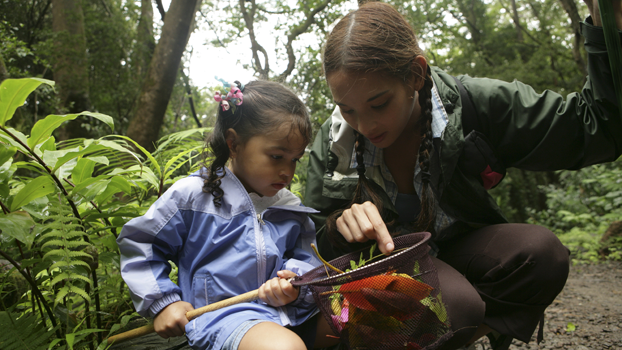 Are you and especially your kids getting enough vitamin N – as in Nature?

It wasn’t all that long ago that my son and daughter, Ted and Allie, were typical high school students, in a typical 21st century high school. But you don’t have to be a parent or a high school student to feel the impact of the recent events in Parkland, Florida and worry about our teenagers.

No, this blog isn’t going to turn into a discussion about events in the news. There are plenty of other places to talk about those issues. But what I do want to talk about is what seems like an epidemic of troubled, depressed teenagers. As a parent it upsets me to see so many kids hurting. Many of them need our help. I want to talk about something simple we can all do to try and get teens engaged in healthy activities with a scientifically demonstrated positive effect on mental health.

A long term health study by the Harvard University T.H. Chan School of Public Health started tracking the physical and the mental health of 9,000 teenagers in 1999. Along the way, it discovered 11.5 percent of the teens in their study suffered from depression, that’s more than one in ten. Of those depressed kids, the top ten percent suffered from extremely serious symptoms. 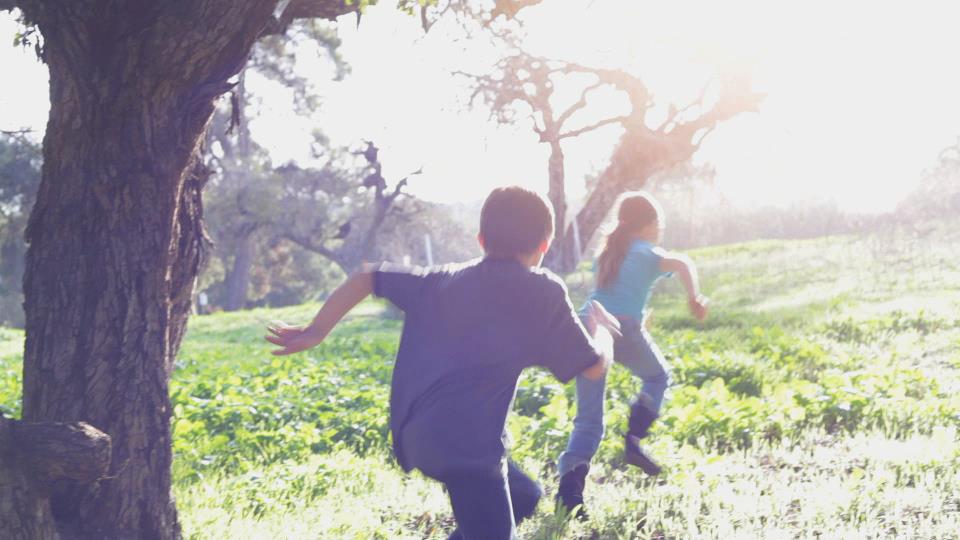 A Harvard study found teens living in areas with high quality green spaces are at less risk of depression.

The researchers then studied different factors that might have an effect on the depression rates. They used geo-coding to identify where the participants lived and satellite data to determine what sort of environment the teens lived in. They measured building density and nearness to green spaces and bodies of water such as lakes and the ocean.

Teens who lived in environments with high-quality green spaces near them were 11 percent less likely to be depressed than teens with the lowest contact with green spaces. The effect was strongest for the middle school kids (12 to 14) in the study.

Similar studies have shown positive effects of exposure to nature on adults, but this was the first study to look at the effect of nature on teenagers. It was the exposure specifically to greenery – trees, shrubs, flowers, grass – that made the big difference. Bodies of water didn’t have the same effect.

Children demonstrate a biophilic connection to nature from an early age. Kids are drawn to animals. They can watch bugs in the grass for hours. They have no hesitation rolling in the grass or playing in the dirt. The minute they can walk, most kids want to head straight for an open door to get outside. 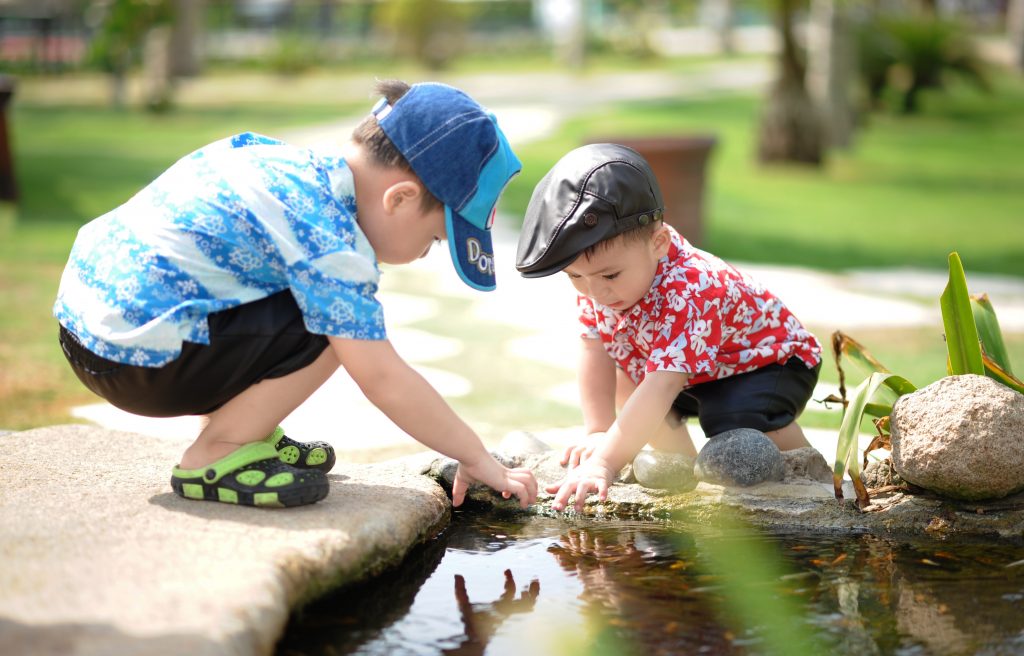 Kids have a biophilic connection to nature at early ages.

But most American kids live in urban and suburban areas. Having access to nature can be challenging. You probably rode your bike or walked to school. Today, many kids get to school in a car or a bus. Many areas prioritize cars over pedestrians. It’s understandable when parents feel the route to school is too dangerous to walk. Some parents also feel it’s too dangerous even for their kids to be outside unattended.

Then there’s the lure of technology. Kids are substituting “videophilia” for biophilia. Are your kids glued to a smartphone or a tablet indoors before and after school instead of playing outside? Do they walk the family dog to a nearby park? Kids who lack exposure to the outdoor world suffer from health problems such as attention-deficit hyperactivity disorder, stress, obesity, and depression. Studies increasingly tie these problems to “nature-deficit disorder.”

Another study by the National Academy of Sciences of the United States tested biophilia in children by evaluating the availability and use of biodiverse spaces. It didn’t matter whether this was your backyard, a park, or a wild area. It turned out in their study, most of the participating children experienced nature in private gardens or parks rather than open spaces. But this was sufficient to provide the benefits of strengthening their biophilic connection. 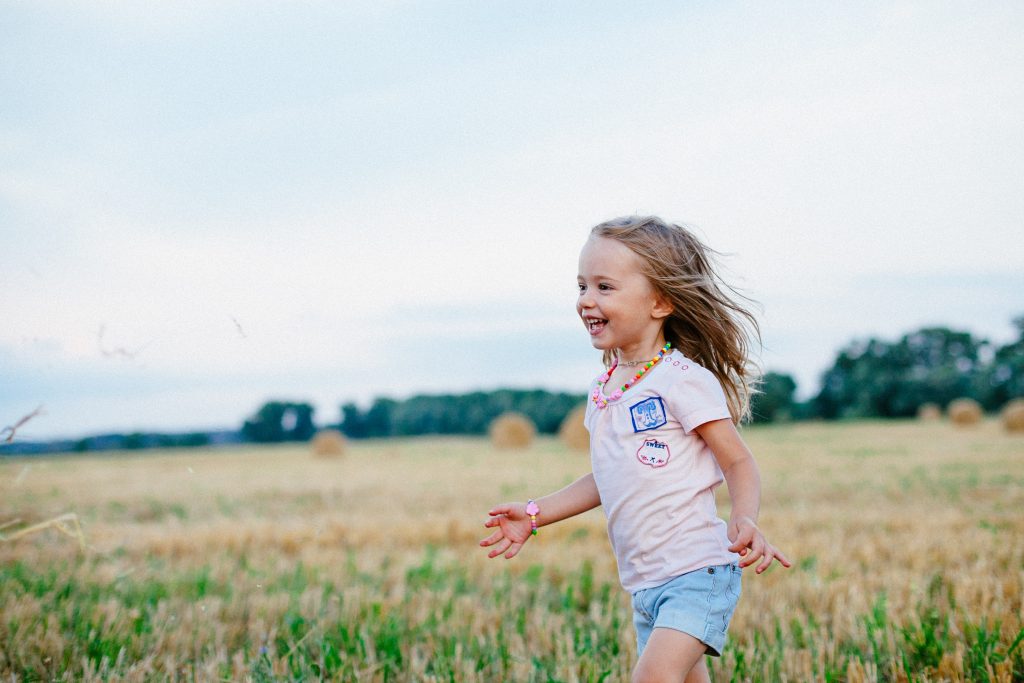 If incorporating more parks and open spaces into our communities could help make our kids healthier mentally and physically, why wouldn’t we do it?

Incorporating plants and trees into residential areas through parks and gardens could contribute to improved mental health in our kids. Some elementary and middle schools have vegetable gardens which teach kids about food sources but also serve an important role in getting them outside.

We’ve written in this blog many times about how workplace productivity and wellbeing increases with access to natural light and the introduction of plants into the office environment. What about schools? There are plenty of school classrooms without windows, no natural light, and nothing but hard surfaces and electronics.

Why wouldn’t it be just as important to be sure kids have exposure to the natural world in their classrooms during the school day? How about a follow up study on school campus design and the effects that a lack of natural light and greenery have on the students? Many classrooms and auditoriums have no windows at all. Even where there are windows the views can be bleak. 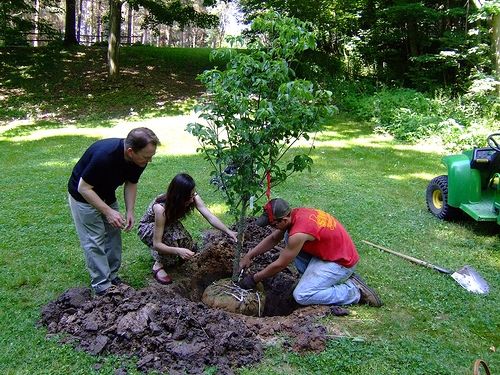 Invest in your mental health: plant a tree, and spend more time in nature.

Children and teens ARE losing their connection to nature. It is suppressing the sense of wonder we all have when walking among the peace and quiet of the forest. It is suppressing the benefits of our biophilia connection. Reducing access to greenspace and time spent outdoors IS hurting our children’s health and well-being. It even leads to the reduced ability to problem-solve and evaluate risks, which negatively affect mental well-being.

When our parents told us to “go play outside,” it turned out they were right. I’m not naïve enough to think that teen depression or violence can be solved by a walk in the park. Many of our teens need medical care and treatment. But if you can get your kids to put down the electronics and go outside, or grow sunflowers or tomatoes this summer, or join you for a trail walk on a Saturday, isn’t it at least worth a try?